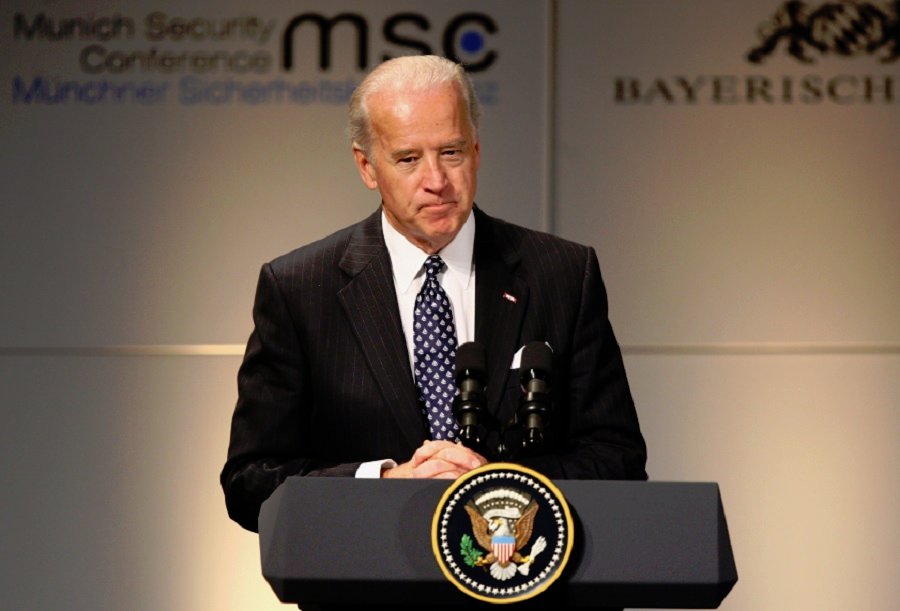 It’s that time of an election year. Catholics will see numerous arguments and claims about how a candidate’s platform is compatible with Catholicism. Or supportive of Catholic “values.” Or even simply “Catholic.” Some such arguments have merit. Many do not.

Some pieces take a different approach. They wrap dubious hagiography in layers of sentimentality and misdirection. They employ disdain for authority. At least for certain types of authority. And they use all sorts of careful buzzwords. See “Joe Biden’s Catholic politics are complicated—but deeply American,” by Jack Jenkins of Religion News Service. The Jesuit magazine America posted it on its site.

Its headline serves as an immediate giveaway. The use of the word “complicated” conveys a sense of deep waters. But such spin is mostly cover for shallow puddles.

That is not so much a criticism of Biden as it is of Jenkins’ rhetorical strategy. Biden presents himself as a serious, practicing Catholic. But it’s common knowledge he holds positions directly contrary to Catholic teaching. Therefore, Jenkins avoids trying to push square pegs in round holes. Instead, he presents Biden as a deeply spiritual man transcending the clunky, old-fashioned aspects of Catholicism. Biden’s warm, vaguely humanistic spirituality is presented as more Catholic than Catholicism itself.

Biden subscribes to a form of what Pope Leo XIII dubbed the heresy of “Americanism.”

Jenkins’ piece begins with a story of Senator Biden meeting John Paul II in 1980. Biden “refused” to kiss the ring of the pontiff. (His refusal was at the behest of his mother.) This act “has become a hallmark of how Biden manages his faith, a throwback to a brand of mid-20th-century political Catholicism that eschews obsessive obedience to the Holy See on matters of policy.”

Biden, then, is his own man. (Or one who sought to honor his mother.) He “manages” his faith. He avoids “obsessive obedience.” But he is sensitive and informed:

An Irish Catholic educated by nuns in parochial schools, Biden is quick to invoke the church’s social teaching on the stump. But where Catholic morality rubs up against welfare or justice issues such as abortion and gay rights, Biden’s understanding of his duty as a politician and a Catholic is clear: Decisions are to be informed by the faith he learned from nuns of his youth, not dictated by it.

Note the portrait. Biden is attentive to policy. He is sensitive to social teaching and especially “justice issues.” He is dutiful first as a politician. And he is “informed” by faith but not “dictated” by it. He is, as the saying goes, “spiritual but not religious.”

Politics: The Heroin of Religion

These buzzwords bring to mind Fulton Sheen’s remark that while Marx described religion as ‘the opium of the people”, today “this may mean politics is the heroin of religion.” On one point, then, the headline is correct. Biden’s politics are deeply American. He subscribes to a form of what Pope Leo XIII dubbed the heresy of “Americanism.” He forgets (or inverts) Russell Kirk’s observation  that politics rest on ethics and ethics on morality. And morality, Kirk insisted, is rooted in cultus — that is, religion.

Biden’s approach is compared favorably to that of John F. Kennedy. Again, “it eschews obsessive obedience to the Holy See on matters of policy.” Of course, this cuts only one direction. What if a candidate rejected Church teaching on care for the poor? Or concern for the immigrant and acceptance of minorities? And sensitivity to those with an inclination to homosexuality? In that case, I’m sure the moral authority of the Holy See would be immediately restored. And repeatedly invoked.

The Bible: Not So Much

The most revealing quote comes from Biden’s 2008 book Promises to Keep: On Life in Politics. Biden writes:

I’m as much a cultural Catholic as I am a theological Catholic. My idea of self, of family, of community, of the wider world comes straight from my religion. It’s not so much the Bible, the beatitudes, the Ten Commandments, the sacraments, or the prayers I learned. It’s the culture.

What, then, is this Catholic “culture”? Does it not come from Scripture, Tradition, and the sacraments? If not, from what mysterious font does it flow? What is its foundation? “Dogmas,” says the Catechism of the Catholic Church, “are lights along the path of faith; they illuminate it and make it secure.”

Am I the Fetus’s Keeper?

Biden, Jenkins writes, like to note that Catholicism calls on believers to be “our brother’s keeper.” That phrase comes from the story of Cain and Abel (Gen 4). Having killed his innocent brother, Cain is asked by God where Abel is. Cain plays the clueless card: “I do not know; am I my brother’s keeper?” (Gen 4:8). How ironic that Biden, who supports abortion, dares to employ the phrase.

“Women in habits” and “one’s own conscience” are pitted against “the edicts of men in miters.” But all believers are equally accountable to Christ, the Head of the Church and the source of Truth. One’s conscience must be properly formed by the whole truth. It does not rest on bits and pieces from certain religious sisters. Biden’s faith is “complicated” in the same sense an adulterating man has a “complicated” relationship with his wife. It is messy and difficult to explain when exposed to light and logic.

Biden admires how Kennedy “had to prove that he wasn’t ruled by his beliefs”. He says he remains unsure if he has “a right to impose” his religious beliefs on others. Biden apparently sees Catholicism as a religion of rules and arbitrary power. Whereas he, the enlightened American politician, is about justice, tolerance and acceptance.

Granted, it’s a smart political strategy. But it misrepresents the nature of faith. Catholicism is not about arbitrary power but authentic authority at the service of Trinitarian communio and agape love. Yet, remarkably, Biden’s silence about the core of the Catholic faith is spun as a sign of deep, complex faith.

Catholic politicians would do well to read two texts. First, John Paul II’s Veritatis Splendor, in order to understand the real nature of freedom and the true meaning of “conscience.” Secondly, Vatican II’s Lumen Gentium, which offers a nuanced but clear explanation of the duties of all Catholic laity:

[I]n every temporal affair they must be guided by a Christian conscience, since even in secular business there is no human activity which can be withdrawn from God’s dominion. … [T]he temporal sphere is governed by its own principles, since it is rightly concerned with the interests of this world. But that ominous doctrine which attempts to build a society with no regard whatever for religion, and which attacks and destroys the religious liberty of its citizens, is rightly to be rejected. (par 36; emphasis added)

Carl E. Olson is the editor of Catholic World Report.