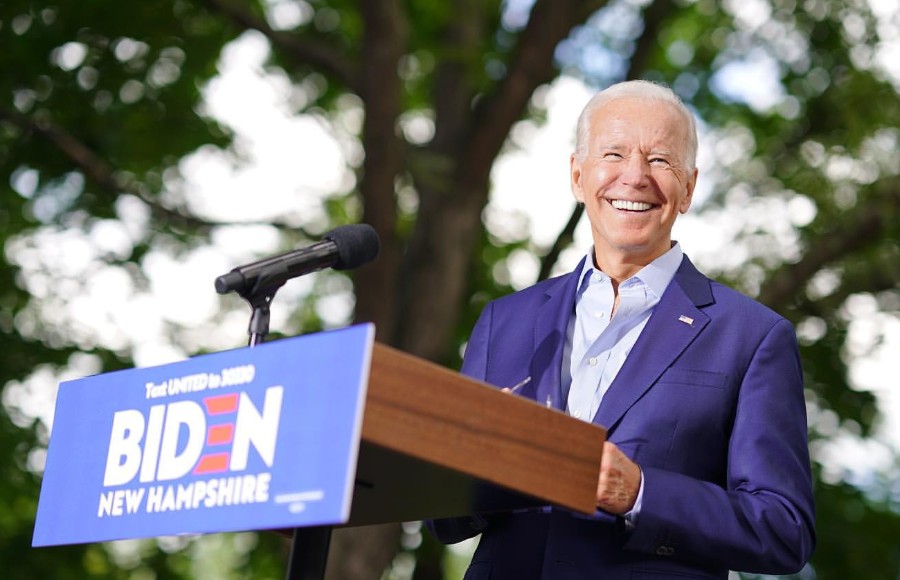 “I am not going nuts!” That’s what Democratic front-runner Joe Biden told supporters Friday, after a new string of worrisome gaffs. He is correct. He reached nuts when he raised his hand to give your tax dollars to pay for the health care of illegal immigrants. But that’s political “nuts,” not the unpleasant euphemism for becoming mentally unstable.

No one wants to say Biden is going crazy. In fact, comparing his diminishing capability to “going nuts” is a rather insensitive way of addressing the elephant in Biden’s campaign. Politically incorrect, one might say. But hand it to Uncle Joe. As Newt Gingrich noted, “I’m not going nuts” does make for “the strangest campaign slogan ever.”

Biden isn’t “going nuts,” but he continues proving his ability to function as a viable candidate is shot. The evidence adds up faster than the national debt.

On Friday, during a campaign stop in New Hampshire, Joe Biden thought he was in Vermont.

This is not some frantic part of the campaign where you hit five states in a day and one campaign event looks exactly like the next. He confused New Hampshire with Vermont … six months before the all-important New Hampshire primary.

He doesn’t know where he is.

He doesn’t know when he is. He said he met the Parkland students while Vice President.

He doesn’t known his own life-changing dates. MLK and RFK were killed in the horrible spring of 1968. Biden got the decade wrong, saying the men were killed in the “late ’70s.” The only major thing killed in the late ’70s was disco. Biden’s blunder is especially damning because Biden says the murders spurred his interest in public service.

While discussing those deaths, Biden made another worrisome remark: He speculated what would have happened to America had Barack Obama been assassinated after becoming the de facto Democratic nominee in 2008. (For one thing, America would have quickly become familiar with the phrase “Clinton Dead Pool.”)

His staff insists Biden was just trying to put his audience into the mindset of 1968. (Or should it be 1978?) But should one really go around speculating about political assassinations? Sure, celebrities are fantasizing about it every day Trump is in office. But is it something we want out of a presidential candidate? In any event, this is one more item in Biden’s “checked out” basket.

According to Paul Sperry, Biden told a supporter yesterday he left college with $280,000 in debt. Then a few minutes later he told another supporter it was “over $300,000.” The only way a college student in the 60s would have been down over a quarter of a million bucks is if he fronted the money for Woodstock. Is this another of Joe’s grand imaginations, as documented in Alana Goodman’s “Six Times Biden Described Major Events In His Life That Never Happened”? Is he adjusting for inflation … from 1776? Regardless, with the figure jumping over 20,000 in just a couple minutes, you don’t need a college degree in geriatric studies to see the problem.

On Friday at a health care town hall, Joe gave us a sequel to his classic “we love facts, not the truth.” He said of his public option health care plan, “We’ll make sure it’s not quality.” The full quote:

Sure, he ended up in the right place, but he stunk up the road getting there.

What’s notable is these latest miscues come even after Biden’s campaign staff cut down on Joe’s appearances. They realized he seemed to get more error prone as the day goes on. And of course, he can’t make any public gaffes if he’s not in public. Yet still the signs of decay come.

A few weeks ago, when Biden’s mistakes had become too much to dismiss as “Joe being Joe,” I begged for Biden’s wife, Dr. Jill Biden to intervene. To tell him, “Joe, it’s time to come home.” She didn’t take the advice. However, she has taken to being with him at more events.

But that’s not helping much either. Last week, Dr. Biden offered an election pitch for her husband that was so weak it barely dribbled off the mound. Said Dr. Biden:

“Your candidate might be better on, I don’t know, healthcare than Joe is, but you’ve got to look at who’s going to win this election.”

Dr. Biden’s got Joe out there for the same reason Ruth Bader Ginsburg clings to her Supreme Court seat despite yet another ominous cancer bout. Politics — power — means more than health and family.

On Saturday night, the sporting world was stunned when Indianapolis Colt quarterback Andrew Luck walked away from football at the height of his powers. He simply didn’t want to put his damaged body through it anymore. Injuries were getting in the way of the life he wanted to live with his family. The lights and power weren’t worth it. Health and family came first.

On Monday morning, the political world got rocked when Wisconsin congressman Sean Duffy announced he was walking away from politics, even as his political star was on the rise. His unborn child will be facing medical challenges. Being in Congress was going to get in the way of loving and caring for his family. Health and family came first.

Although Joe Biden is older than Sean Duffy and Andrew Luck combined, he might want to look to their example. Walk away now. For your health. For your family. For your reputation. You’d be nuts not to.