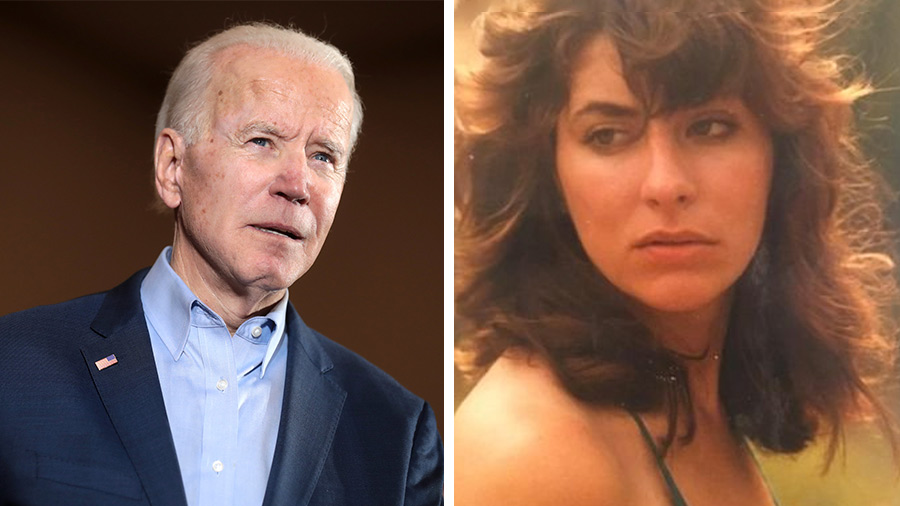 Back in my Voice of America days I worked for a guy who was a suave man-about-town. One day he heads off for lunch with three female friends who worked on Capitol Hill.

Lyn comes back, and he’s shaking his head in amazement. “You’re not going to believe this.” This was during the Gary Hart scandal of ’87. Sen. Hart was running for president and he was dogged by stories that he was not faithful to his wife. Hart, in a rather dumb move, dared the press to follow him and see for themselves he wasn’t cheating. He was soon pictured on a boat called “Monkey Business” with a lovely blonde on his lap. Naturally, the lunch conversation turned to the scandal. One of Lyn’s lunch dates looked down, “Um. I hate to admit it, but I’ve slept with Hart.” Shock around the table. “I slept with him too!” said another of the women. “Me too!” said the third.

That story comes to mind when I think of the fix Joe Biden is in now. Sure, Biden has categorically denied sexually assaulting Tara Reade in 1993. But Capitol Hill is a small place. He’s dreaming if he thinks that denial is going to make the scandal go away. Reade has too many people coming forward to say she told them about being harassed. And too many other women have come forward to describe his “uncomfortable” and “creepy” behavior.

Too many people know what Nancy Pelosi meant last week when she dismissed the Reade allegations as “Joe being Joe.”

Too likely a group of women are sitting around a table right now at a Capitol Hill bistro sharing their Biden stories.

It’s not whether another shoe will drop on Biden. It’s how many.

But Will Democrats Care?

But will Democrats and the media care? The New York Times ran an op-ed Sunday suggesting that Democrats need to move on from Biden. They must come up with a “Plan B.” Because the continuing scandal will demoralize voters and lead to Trump’s re-election. However, former Times writer and co-founder of Politico couldn’t care less if Joe Biden sexually assaulted Tara Reade (and is now lying about it). Read Martin Tolchin’s comment on the Times’ call for the DNC to investigate Reade’s allegation. “I don’t want justice, whatever that may be. I want a win.”

Two opposing views. Yet with the same basic belief: Beating Trump is more important than the truth. Let that sink in, “I don’t want justice … I want a win.”

(Some don’t even care if the allegation is true: Take feminist lawyer Lisa Bloom. She believes Biden is guilty of sexually assaulting Tara Reade. And is voting for him anyway. But she also defended Harvey Weinstein, so we’re not sure how much her endorsement will help.)

What is the truth? That is still being sorted out. However, two more people have come forward to corroborate Reade’s claim. They say she told them of the assault at the time. Biden, of course, denied all Friday morning in an interview with MSNBC. Or as he put it, “It happened 27 years ago. It never happened.” It marked the first time since Reade came forward that anyone even asked Biden about her. Thirty-seven days, over a dozen interviews and it never came up. President Trump was asked more often about her. How big is Biden’s basement that none of those other interviewers noticed or mentioned the huge elephant in the room?

Joe suffered a pretty hard grilling by Mika Brzezinski. She repeatedly pushed him on why he wouldn’t open his Senate records at the University of Delaware to even a phrase search for Tara Reade.  Biden said the pertinent records would be at the National Archives. That turns out not to be true. He said that opening his public records while he was running for public office would lead to the information being misinterpreted and used against him in the campaign.

Huh? Public records when you’re running for public office are out of bounds? Mika pressed on. So why not just a search of the name “Tara Reade”? He got testy. Dismissive. I half expected a “Look, toots.” Another attempt got Mika a blank stare.

Mika looked clearly troubled. Said so, in fact, after the interview. After all, she desperately wants Biden to defeat Trump. But she has also been around the Democratic elites since she was a young girl. If anyone knows the story on Biden, she does.  Several times during the interview Mika folded her arms. Guys know that look. When you’re trying to explain to your wife or girlfriend why something did or did not happen, and she crosses her arms and gives you the look Mika was giving? She’s not buying what you’re selling.

Joe has another problem with his denial. The same guy who’s telling you he “never never” assaulted Reade is the same guy who tells you he never discussed with son Hunter his lucrative gig with the notoriously corrupt Burisma, even though he was in charge of overseeing Ukraine anti-corruption efforts.

He’s also the same guy who said he was arrested when trying to see Nelson Mandela. And that he marched for civil rights. And that he is a University of Pennsylvania professor. All untrue. All within the past couple months. Joe Biden and the truth have long kept to social distancing.

This is not to say he is guilty. This goes to credibility.

This explains why the Biden campaign wants to keep him under wraps as much as possible.

Keeping Joe in His Basement

The coronavirus has kept Biden in his basement. But campaign strategy may keep them there. As New York Magazine tweeted, “Biden is at his best when he’s neither speaking nor appearing in public.” Wow. That should be a very scary thought for voters. The less you see or hear from the Democratic nominee for President of the United States, the better he does.

You can’t play hide and seek with the problems of the world. You can’t turn the bully pulpit into a flower pot. But when every interview and appearance features a gaffe, a memory lapse, or further talk of his wandering hands, what choice do Democrats have? When he’s so frail each campaign appearance looks like an audition for a Life Alert commercial, how’s that going to look against an opponent who makes the Energizer Bunny look like a couch potato?

On Sunday, The Washington Post tried to romanticize Biden’s stay-at-home strategy with the story about the 1920 election: “Biden campaigns from his basement. Warren Harding ran for president from his porch.” Harding did win the 1920 election. He dropped dead in 1923.

Remember it’s not about capacity or capable governance. It’s not about what’s best for Joe Biden as a human being. It’s about winning.

Joe Biden is at his best when he’s neither speaking nor appearing in public. Will his campaign have to abandon its most effective strategy? @zakcheneyrice writes https://t.co/X1uOVNfkbm