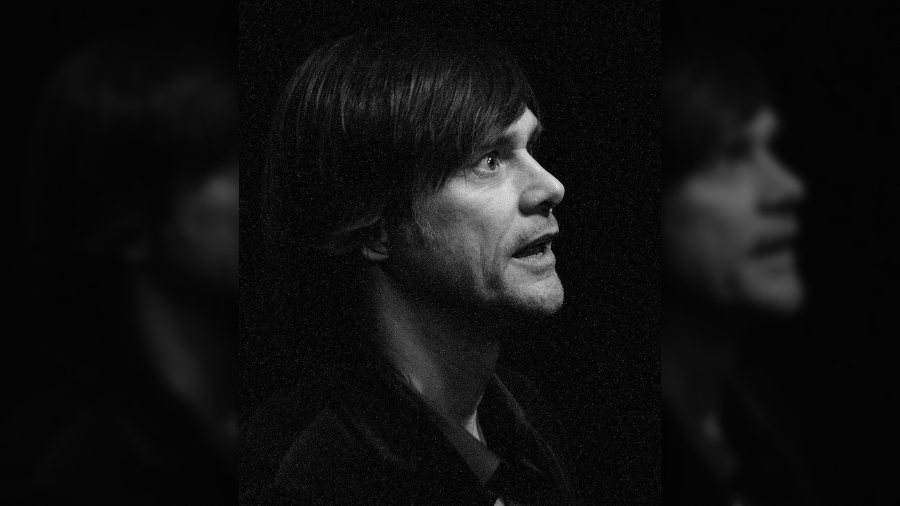 When I was a teenager exploring various religions someone once asked me, “what happens when we die?” I was fresh into Buddhism and Hinduism at the time and said, “When I die, I will become part of that tree.” I believed, like all good Eastern mystics, that humanity’s ultimate goal was to dissolve into the everything of the universe.

This popular doctrine is called Monism. It means that everything — birds, trees, rocks and people — is ultimately one thing. Buddhism and most forms of Hinduism emphasize this oneness, although Buddhists typically believe the oneness to be emptiness, while Hindus think it’s God.

A Dive Into Monism

Currently, Jim Carrey is one of Monism’s most famous advocates. In a recent interview with Canadian radio host Tom Power, Carrey couldn’t help but push the gospel of Buddha by claiming that all human individuality is false.

Carrey recently released an autobiography, of sorts, mixing fictional stories with overtones from his real life. Rodney Dangerfield, his mentor, becomes a Rhinoceros; Nicolas Cage fights aliens with Excalibur; Anthony Hopkins wears pajamas. The book is sure to be a “trip” on many levels.

The kind of philosophy espoused by Carrey can sound appealing, but is opposed to reality.

But Carrey is serious when he dives into his Monism. He’s seen a kind of transformation after wrestling with depression and using art as a creative outlet. And the notion that reality is an illusion appears to be a form of therapy for him as well.

During the interview Carrey persisted in sharing the Buddhist message, and as someone who knows where he’s coming from, I thought I’d also share a few thoughts.

First, I believe that Carrey has had a sincere transformation. Being broken by mental stress has the tendency to empty a person of worldly concerns. This was my experience as well. After living through drug abuse, criminal activities and other stresses, I found myself in a hospital with only one concern: survival. That sort of experience does something to someone.

I believe I experienced God during that time in a preparatory way. I had never been in church, never read the Bible, but I prayed. I knew that during my time of extreme brokenness, I was being humbled and put in a better place. I came out of the hospital a radically different person and told people I had found God. The problem was, I didn’t know who God was. All I knew was that my previous life was filled with sin and that brokenness made Him more real.

A Search for God

In my search for knowledge I encountered a myriad of spiritual delicacies. I devoured doctrines from all faiths and ate them like candy — every faith except one, that is. I started going to church after my visit to the hospital, but immediately found myself critical of the biblical God. “Hell can’t be real,” I thought, and, “Why did Jesus have to die for our sins?” Questions ranging from science to sexuality plagued my thinking.

But there was something different about the Christian faith, something I couldn’t find anywhere else, and that was Jesus.

But there was something different about the Christian faith, something I couldn’t find anywhere else, and that was Jesus. His character displayed the kind of goodness that couldn’t have been of human origin. His divinity shown in the gospels didn’t seem legendary, but more like a real life account of the miraculous.

The supernatural quality of prophecies forming one giant story stretching across thousands of years was also new. Either God wrote this book, I thought, or it must be one giant conspiracy. I dug for that conspiracy and couldn’t find any sign of it. After almost a year of research and patience from fellow church members, the reality of Jesus broke through.

It was like stepping into the Matrix and seeing behind the curtain of spiritual counterfeits. What I thought I knew about God before was swamped by revelations far beyond my previous philosophies. The reality of God, in Christ, was more real and beautiful than anything I’d ever encountered before.

So I believe I understand where Jim is coming from. It’s amazing to see him become a more thoughtful, creative person. Nevertheless, the philosophy he clings to is self-defeating. He summarizes his beliefs by using the Buddhist maxim, “there are no two things.” But taking that maxim seriously means diving into a mess of incoherence.

During the interview itself, Carrey’s message contradicted itself countless times. When asked who the real Jim was, Carrey iterated that there was no real Jim, his identity was only an “idea,” or “abstract construction.” When asked about those close to him who had died, he said they were now everywhere. Just like I told that person I would be part of the tree when I died. I thought I would dissolve into the universe. Carrey even went so far to say that sometimes he can coalesce with his coffee table during enlightenment.

But what people in that mindset can’t see is their incoherent logic. Despite his preaching, Carrey continually spoke about himself and others as if they were real. He said that his art pieces were “vestiges” of his personality, and that he tries to reflect his own character in movies. How can he be an illusion in one breath, and have parts of his character reflected in art and movies? The kind of philosophy espoused by Carrey can sound appealing, but is opposed to reality.

The Bible does advocate a kind of death to self, but it also speaks of a new birth of which Buddha knew nothing. Jesus taught that when left to our own efforts, we are incapable of pleasing God. Selfish pursuits and pride taint all humanity’s inner nature. To enter God’s family, Jesus taught, we need to be reborn through His Spirit and adopted into God’s family (John 3:3).

The Bible says humanity was created in God’s image (Genesis 1:26), although (unlike Eastern teaching) we are distinct from Him. When those who’ve put their faith in Jesus die, they will be present with God, not merging into oblivion, but remaining in our unique though perfected personalities (2 Cor. 5:8).

Speaking of God’s adopted children, the book of Revelation has this to say: “They will be his people, and God himself will be with them and be their God. ‘He will wipe every tear from their eyes. There will be no more death’ or mourning or crying or pain, for the old order of things has passed away” (Rev. 21:3-4).

Many theologians see other religions as “stepping stones” on their way to finding fulfillment in Jesus. My hope is that if Jim keeps searching for spiritual truth, and takes a look at Jesus of Nazareth, he’ll find the true healing and grace he seeks. In the meantime, we can pray for him to keep looking with an open heart.

Angelos Kyriakides is a freelance writer who lives in Maple Ridge, British Columbia, outside Vancouver. He has previously served as an urban missionary and youth pastor in Canada’s poorest postal code, Vancouver’s downtown Eastside, for just under a decade. His passion is to  build up the Body of Christ with truthful perspectives about current events and make Christian faith real in the hearts of today’s generation. He lives with his wife, Sarah, and their two small children who always make life a joyful adventure.