The question is not whether the kneeling players have a right to express their political views. The question is whether doing so during the anthem is the most appropriate way. 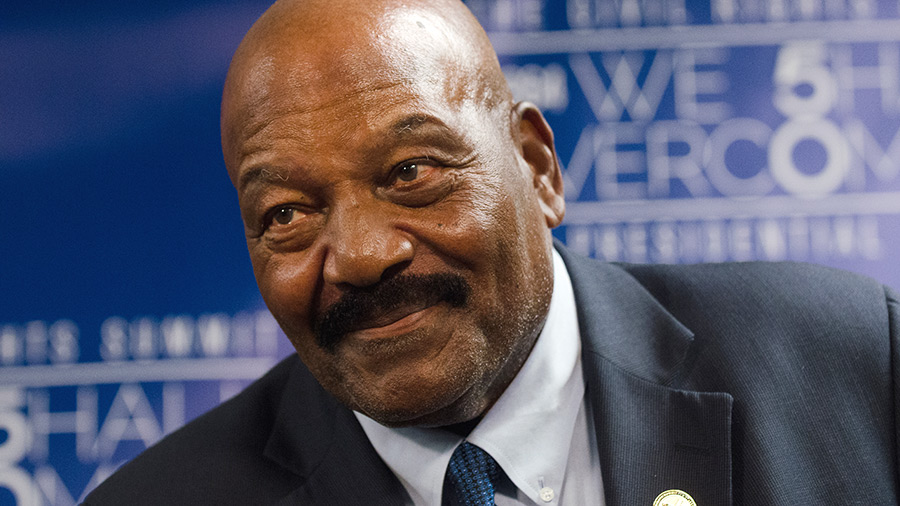 An NFL Hall of Famer who devoted himself to civil rights after his playing career hardly fits the stereotype of a conservative.

Jim Brown, the NFL’s all-time leading rusher when he retired from the Cleveland Browns in 1966, organized the Negro Industrial Economic Union that year to stimulate investment in black businesses. (It was later renamed the Black Economic Union.)

In 1967, he organized a meeting with such athletes as Bill Russell and Lew Alcindor (now Kareem Abdul-Jabbar) to support Muhammad Ali, who cited religious reasons for refusing to join the military when drafted. In 1988, Brown founded the Amer-I-Can Foundation to teach marketable skills and emotional maturity to those susceptible to drugs and crime.

“I was fighting for freedom, equality and justice every day of my life,” Brown told the Cleveland Plain Dealer in 2013. “I was always active to create equal opportunity and to use whatever money or power I had to affect social change.”

‘This is my Country’

But Brown’s opinion of quarterback Colin Kaepernick’s protest against police treatment of blacks by kneeling during the pre-game national anthem hardly fits the stereotype of a social activist.

“I want to be in his corner, and I do think, ‘God bless him,'” Brown told ThePostGame.com in August. “But it’s not my (mode of) leadership.”

The nation needs Brown’s balanced perspective. The flag and the anthem represent the nation’s citizens, their ideals and aspirations. Both do so despite intractable social problems. Neither belongs to any one individual, race, color, creed, political ideology or party.

Standing for the national anthem does not deny the existence of racism. Standing honors all Americans, regardless of their identities or views. It honors the ideals embedded in the Declaration of Independence and the Constitution.

“If you have a cause, I think you should organize it, present it in a manner where it’s not only you standing or sitting on one knee, but [where] a lot of people are going to get behind each other and do something about it,” Brown told ThePostGame.com. “Who is Colin calling on to follow what he’s talking about?”

Since Trump’s election, the left and its acolytes in academia, the media and the Democratic Party have engaged in a campaign not only to de-legitimize him but the nation as whole. By skillfully manipulating the rhetoric of “resistance,” the left paints Trump and his supporters as neo-Fascists and the United States as a budding tyranny, thereby justifying rhetorical hysteria.

That campaign reflects the Left’s goal of dominating every area of society and recasting them along neo-Marxist lines. The left promotes identity politics to pit group against group, thereby diminishing national solidarity. The Left also devises curricula that deliberately accentuate the nation’s faults while dismissing its basic values.

Anyone who disagrees gets tossed into a “basket of deplorables,” a totalitarian-sounding phrase used by a former Presidential candidate.

Totalitarian regimes use sports to promote their agendas. The Nazis used sports to glorify the “Aryan” race and to prepare Germany for war. The Soviets viewed the world-class athlete as valuable as the soldier and the diplomat in promoting Communism. The Iranian theocrats honored a two-time world judo champion for deliberately forfeiting his first match in the 2004 Summer Olympics because his opponent was an Israeli.

Compare the NFL’s support for the kneeling players to the NBA’s suspending the Denver Nuggets’ Mahmoud Abdul-Rauf. A converted Muslim, he refused to stand for the national anthem because he believed the American flag represented tyranny and oppression. That controversy occurred in 1996.

However, the angry response of NFL fans signifies a turning point in the national war of values: Resistance to the “resistance.” Fans are determined to make the NFL pay economically for allowing the left to manipulate a time for expressing national unity. Sponsors are following suit. If the proposed boycott succeeds, others could find identifying with the left to be too costly.

Perhaps then the nation can appreciate the balance Brown advocates.

Colin Kaepernick Wants to Keep Us Angry and Stuck