What drives Islamists to murder? Why do multiculturalists enable them? 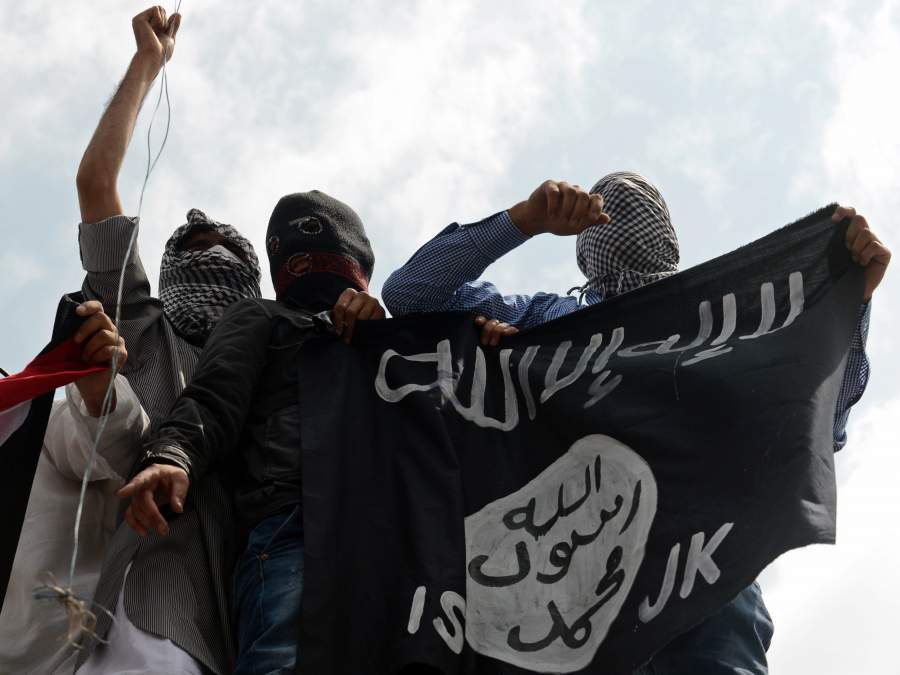 American freedom came under attack on May 3rd by soldiers of international jihad. I’m speaking of the attempt by Elton Simpson and Nadir Soofi to commit mass murder at an exhibit of depictions of Muhammad in Garland, Texas. These two men arrived at the site clad in body armor with rifles, with the clear intent of murdering unarmed Americans for “blaspheming” their religion.

The organizers of “Draw Muhammad” were trying to demonstrate that Islam is only at home in a position of unchallenged power, with laws backing up its scripture’s incessant threats of hellfire with the sword of the state. These two Muslims went a long way toward proving the point.

Here’s the cold reality: millions of Muslims worldwide believe, with the backing of their own religious authorities, that they have the duty to go anywhere in the world and impose Islamic penalties, including death on non-Muslims who oppose them. That includes missionaries, cartoonists, journalists, politicians, and now American citizens just outside Dallas. I know someone who attended “Drawing Muhammad.” If it weren’t for the courage and competence of local police, he’d be dead today.

Islamists have clear religious reasons for thinking as they do. Expert in Islamic jurisprudence Daniel Akbari, author of Honor Killing and New Jihadists and Islam, cites the authorities used by Islamists to justify such attacks: the Q’uran, and the Hadith, Islam’s tradition of “sayings” about Muhammad, which scholars use to interpret that often-puzzling document. The Q’uran’s “surah 9:61 states, ‘those who hurt Allah’s Messenger (Muhammad SAW) will have a painful torment,’” Akbari notes. “Surah 9:63 says, “Know they not that whoever opposes and shows hostility to Allah and His Messenger (SAW), certainly for him will be the Fire of Hell to abide therein. That is extreme disgrace.’”

Okay, but that’s just a threat for the next world, right? Well, no. Akbari explains: “Under ijma, the consensus of Islamic scholars that forms the basis for sharia, any act that will send one to hell in the afterlife warrants the punishment of death in this life.” In the absence of an Islamic government to carry out such punishment — as Saudi Arabia and the Islamic State currently do — some individual Muslims feel empowered to enact God’s justice in places like Garland, Texas. Imagine how we would live if Christians believed that they could punish sin with death, on their own authority.

There’s a special penalty for those who go further than opposing Islam, and criticize its founder. Akbari explains, “Islamic scholars also find authority for putting to death those who insult Muhammad from Surah 33:57 of Koran. This verse states, ‘Verily, those who annoy Allah and His Messenger (SAW) Allah has cursed them in this world, and in the Hereafter, and has prepared for them a humiliating torment.’ The phrase ‘humiliating torment’ means they will go to hell in the next life and they therefore deserve death.”

Blasphemers deserve it, and individual Muslims feel empowered to enforce it: the death penalty, for dissent.

Multiculturalism: The Suicide Pill of the West

It is staggering to learn that some Western liberals — for instance, one journalist at CNN — are practically blaming the would-be victims of the May 3 attacks, suggesting that the show presenting cartoons of Muhammad was needlessly provocative. The attack’s targets, and by extension the journalists of Charlie Hebdo, it’s suggested, were tempting Muslims to slaughter them.

If some Muslims around the world really feel empowered by their sacred scriptures to kill anyone who “opposes and shows hostility” toward Islam, then, such liberals surmise, the only way to safely avoid terror attacks would be for the rest of us to defer to it and grant it pride of place in our societies. That is, in fact, what Islamists want to accomplish. Why liberals are eager to help them almost boggles the mind — except that for the secular left, the enemy is invariably orthodox Christianity, while every other religion deserves respect in the name of “diversity.” That is the central tenet of multiculturalism, which has nothing to do with racial harmony and tolerance. The core of this ideology is the rejection of any part of the Western tradition that has its roots in Christianity.

With that ideology in mind, we can make sense of the decision by President Obama’s State Department to accept more than 100 Iraqi refugees from ISIS last week — admitting every non-Christian who applied for a travel visa to speak out about the Islamic State’s reign of terror (including Shi’ite Muslims), and rejecting the sole Christian applicant, Sister Diana Momeka, from the scholarly Dominican Sisters of St. Catherine. As Sister Diana’s spokeswoman, Juliana Tamaroozy of the Philos Project, commented, “That’s like putting salt on our wounds and a slap in all Christian faces.”

As Dinesh D’Souza documented, President Obama was trained since his youth, and up through his college years trained himself, in anti-colonial, anti-Western multiculturalism. He was only able to join a Christian church when he found the quasi-Marxist Black Liberation sect of Rev. Jeremiah “God D*** America” Wright. Obama has taken every opportunity — for instance, at prayer breakfasts — to downplay recent proofs of Islamic intolerance, and highlight long-past crimes of individual Christians. The reason isn’t that he’s secretly a Muslim, but that he’s openly a multiculturalist.

Our president applies a rigorous double standard to Christian and non-Christian sinners. The Christians are acting as servants of a long-engrained power structure, which serves to repress and demean a long list of groups, from gays to abortion doctors. Non-Christians, however bigoted, are the heirs of this world’s victims, the people who were held down by Western imperialism and impoverished by capitalism. So the non-Christians (including Muslims) deserve a lower level of scrutiny, even when they are overwhelmingly more violent and intolerant.

And that is why the next time you hear Barack Obama discuss religious intolerance, he won’t mention Elton Simpson and Nadir Soofi. He is more likely to be talking about your pastor.