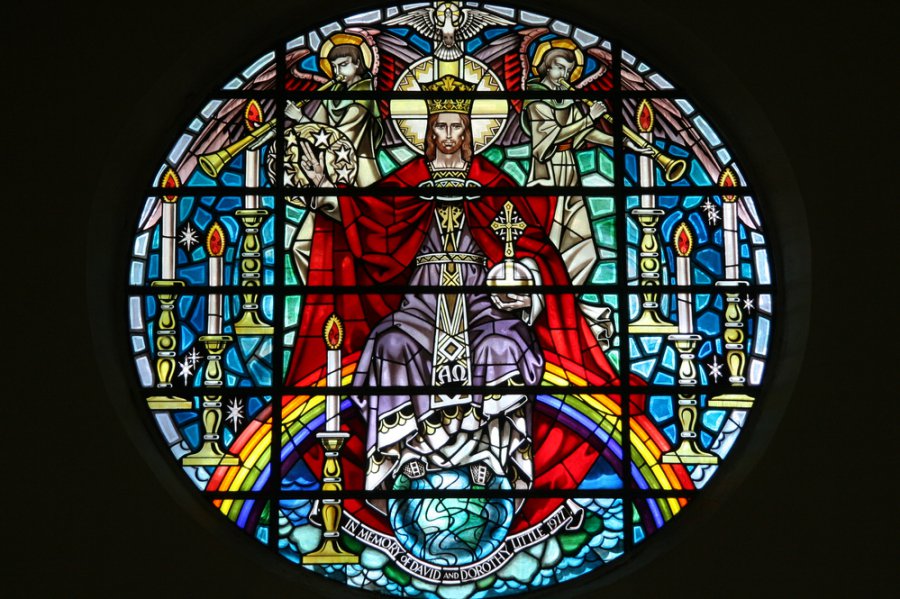 If we take the lordship of Christ in our lives seriously, we must apply that lordship to our politics. We must think carefully about how we can act in a responsible and loving way in the light of both our vertical relationship to God and our horizontal relationships with fellow image bearers.

Readers will think right away about questions such as abortion, immigration, racism, social justice. I think it is useful to think in terms of the brotherhood and sisterhood of men and women under the Fatherhood of God. Two major points shine through Scripture.

How We View Government

The first point has to do with how we view government. Jesus faced a hostile audience eager to trip him up with a question that would expose him to scorn. As a teacher of all that is “true,” would he pay taxes to Caesar?

He asked for a coin and contemplated what was engraved upon it. He saw the image of Caesar and answered, “Render unto Caesar what is Caesar’s and to God what is God’s.”

Jesus says there is a place for the government. It has a rightful task and a duty it should fulfill. But bringing God into consideration introduces a new dimension. The idea and reality of a Caesar is a grand and mighty thing, but placing God next to him puts his stature into perspective.

This Caesar is not God. He will be like all the others. Earthly kingdoms will crumble and statues will erode. Their real significance is that they reflect (often badly) God’s greater rule. “Render unto Caesar what is Caesar’s and to God what is God’s.”

A rightful zone of activity belongs to the government, but God rules the whole. Never confuse the government with the Authority behind all authorities. When governments go beyond merely tolerating sin and instead celebrate it, they hack away at legs of their own thrones. And when governments seek to force Christians to say that Caesar is Lord and Jesus is not, we must say with the apostles (and martyrs throughout history) that we obey God rather than men.

The second point has to do with how we view Jesus. It flows directly from the first. We cherish our democracy. We value having a government whose authority depends upon our consent. But we must remember not to think that Jesus has left earthly government to us alone.

In Matthew chapters 24 and 25, Jesus definitively declares his kingship. He will sit on a glorious throne, not as some local chieftain presiding over a tribe, or even as a great emperor of many lands. He will sit on the throne as the King over all the nations with their people gathered before him.

One of the great lessons of the miserable experience of Israel’s monarchy (one that God warned the people against) is that there is only one man truly worthy to rule. That man is Jesus Christ. All real authority derives from God.

As much as we become excited over politics, and no matter how important an election is, we should be far more attentive to the reality of the kingship of Jesus Christ. Christ’s rule may seem remote. But it’s closer to us than politics, and more important than politics.

His reign is like the heaven C. S. Lewis depicted in The Great Divorce. It is real. It is joyously, dangerously, thrillingly, devastatingly real. We are mere shadows before its light if we are separated from our true Lord. It is the one light in which we should see everything, including earthly politics.

I have studied politics most of my life. Like so many, I have lived and died over the many victories and defeats that come with modern campaigns and legislative battles. But the older I get, the more clear it is to me that the most significant thing I have to say about politics is this: that Jesus Christ is King. Those are the words that should be burning within us.

“What Jesus Teaches Us About Politics” is a shorter version of an article that appeared on the publisher Crossway’s website, and is used with the author’s permission.

Hunter Baker, J.D., Ph.D. is the dean of arts and sciences at Union University. He is an affiliate scholar of the Acton Institute and a fellow of the Ethics and Religious Liberty Commission.”