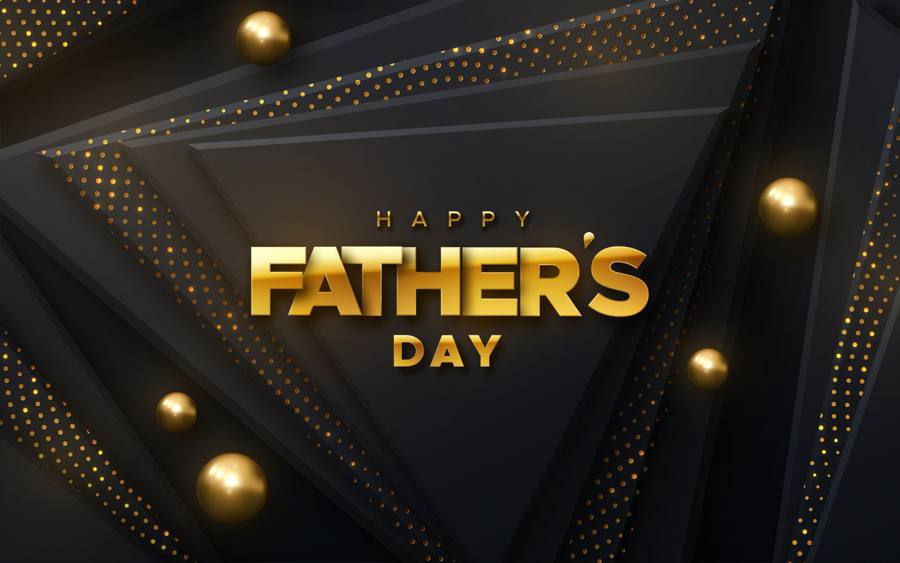 How would Jesus celebrate Father’s Day? One thing for sure: It would be totally unlike anyone else’s celebration, for His Father was and is totally unlike all other fathers. That’s not news to His believers. You’re probably reeling from what a huge understatement it is!

I learned a new side of this truth some years ago, though with the unwitting aid of (believe it or not) a would-be cult leader. His beliefs were distorted enough to call it a cult, but with only five followers scattered around four states, he was definitely stuck in the would-be phase, which is just as well.

I’d met his 20-something son at a campus lecture on Christianity, and we’d agreed to meet again at a coffee shop that week. His dad tagged along. It did the son no good at all, having him there, but as we met again two or three more times, I learned an unexpected new truth through a subtle, yet distinct error the dad kept making.

Only Jesus Calls God “My Father”

He kept telling me about his close relationship with God, in spite of his discarding most of the New Testament. I noticed how often he spoke of “My Father,” meaning God. And it struck me. So I went and did some research. Next time we met, I asked him, “I’ve noticed you keep using the phrase, ‘My Father.’ I’m curious: Do you get that from the Bible? Who uses that phrase in Scripture?”

“Why, the apostles do,” he answered with a knowingly comfortable smile. “No,” I said. “Go check it out. Only Jesus said that. Jesus, and no one else.” His smile disappeared. He looked stunned. I don’t know what he did with that new information, because that was the last time we met. I kept studying on it, though, and ran into yet one more surprise in the Bible.

Would Jesus Have Celebrated Father’s Day for Joseph?

What about Joseph? Would Jesus have celebrated Father’s day for him?

I’m sure He honored Joseph in every way as His mother’s husband and as His adoptive father, so I think if there had been a Father’s Day, He would have joined in the celebration.

Even as a child, though, He knew who His real Father was. When Mary and Joseph found Him in the temple after their three-day search through Jerusalem, she asked Him, “Son, why have you treated us so? Behold, your father and I have been searching for you in great distress.” He answered, “Why were you looking for me? Did you not know that I must be in my Father’s house?”

His earthly father’s house was in Nazareth. He knew who His real Father was.

Jesus told His disciples to pray, “Our Father,” but He never addressed His Father that way Himself; only as “My Father,” or “the Father.” You can even see what intense care He took to avoid saying “Our Father,” talking with Mary early on the first Easter morning:

Jesus said to her, “Do not cling to me, for I have not yet ascended to the Father; but go to my brothers and say to them, ‘I am ascending to my Father and your Father, to my God and your God.’” John 20:17.

Why Is This So?

He could have said it so much simpler: “I am ascending to our Father,” but He didn’t. What’s going on here? Here’s how I explained it in my book Too Good to Be False: How Jesus’ Incomparable Character Reveals His Reality

Suppose Father William, a priest in the Episcopal Church, has a son named Will, Jr., and Will has a good friend in the same church whose name is Jacob. Episcopalians often call their priests “Father,” just as Catholics do. Let’s suppose the two boys wanted to know whether it would okay to climb up in the church belfry and take a look around the town from up there.

The same goes for Jesus. The word “Father” meant something so different to him, it would have been wrong for him to say, “Our Father.”

Jesus honored His Father in all ways, so much that it’s hard to imagine it being any different on a special day set apart for it. For Him, every day was “Father’s Day.”

As for us, we have a Father in Heaven, but in a way that’s quite unlike Jesus’ relationship with Him. That’s a good thing, not a bad one. The only reason we can know God as our Father is because God the Son came to us, revealed Him to us, and died and rose again for us. He said it Himself:

Jesus said to him [Thomas, along with the other disciples], “I am the way, and the truth, and the life. No one comes to the Father except through me. If you had known me, you would have known my Father also. From now on you do know him and have seen him.”

Philip said to Him, “Lord, show us the Father, and it is enough for us.” Jesus said to him, “Have I been with you so long, and you still do not know me, Philip? Whoever has seen me has seen the Father. (John 14:6-9)

He’s Still “Our Father” — If We Are Indeed His Children

So it’s only through Jesus that we can call God our Father. A lot of people misunderstand that, saying “We’re all God’s children.” Yes, all people are God’s creation, but only those He has adopted into His family are His children. The Apostle Paul speaks often of this adoption, but the clearest statement comes from the book of John again:

It’s exclusively for Jesus’ followers. Thank God, no one is excluded from following Him! He sets the terms, though. We’re not following Him unless — this is simple but it’s easy to miss — unless we’re actually following Him: putting our faith in Him, learning from Him, obeying Him.

This Sunday is Father’s Day, and there’s a celebration for all God’s children. Following Jesus is the door to enter that celebration; the only door, for there is no other. It’s all we could need, though. He opens it wide enough for anyone to enter. Anyone can become God’s child, and say “our Father” along with every other follower of Jesus, all around the world, and all across the centuries.