An interview with author Tom Gilson. 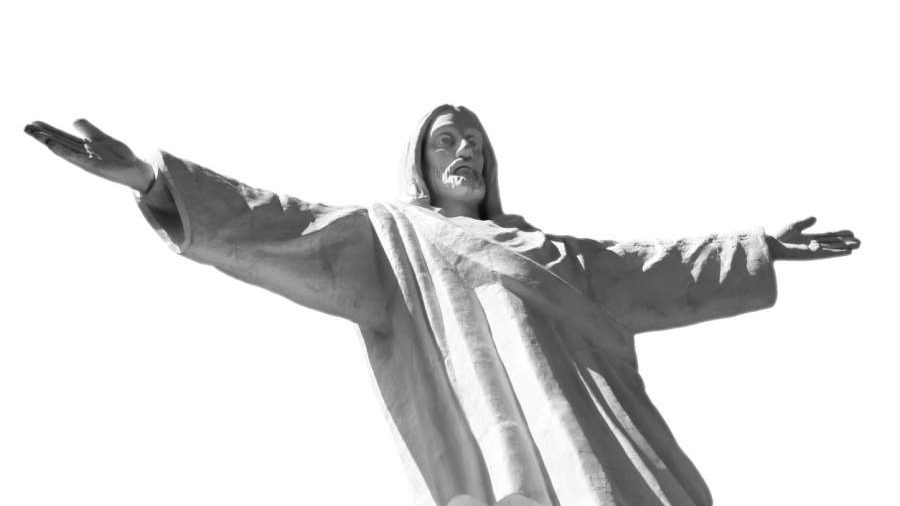 Stream author Tom Gilson’s new book Too Good to Be False has passed an important milestone: He finally got Amazon to set up its Kindle edition properly, so readers can find it. Since I hope millions of readers do find it, I decided to interview Tom about the insights of his awestruck take on the character of Christ.

Genuinely One of a Kind

John Zmirak: For months I’ve been telling anyone who’d listen that one of the best books on Jesus’ character I’ve ever read is your new book Too Good To Be False: How Jesus’ Incomparable Character Reveals His Reality. I’d say it comes in second behind Chesterton’s The Everlasting Man, and ties with Robert Hugh Benson’s The Friendship of Christ. Those two books have something in common: they were written in the Victorian/Edwardian era. You culled a lot of the wisdom in your book, you’ve said, from 19th century apologists who are too little read nowadays. Can you give some of their names, and what you learned from each?

Tom Gilson: First, thank you, John, for that high praise! It was a distinct privilege to be able to spend so much time looking so closely at Jesus’ unique greatness. One of the most surprising things I discovered in this study is that it’s been so long since anyone has seen how that very uniqueness makes it hard to believe his story was a mere legendary invention. If Shakespeare, Goethe, and Dostoyevsky couldn’t invent a character like him, how do we think a dozen rag-tag disciples and their friends did?

It seems an obvious question to me now, but I had to go back to the 1920s to find the most recent author to show it. That was Griffith Thomas. Prior to that we have books by Atticus Haygood and Charles Adolphus Row – authors no one has heard of nowadays – as well as the more well-known Philip Schaff and William Paley. Even Horace Bushnell, whose beliefs on God were unorthodox, still recognized real magnificence in Jesus’ character. 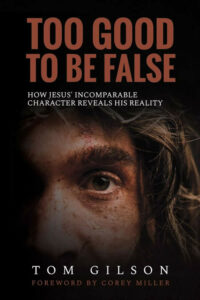 These authors all share the same sense I’ve discovered: Jesus Christ is greater than we realized. His character stands out more than we’ve given Him credit for. If we’ve thought He was worthy of worship, He’s even more so than we’d recognized. And the skeptics who want to make Him a mere man cannot do so as easily as they’d thought.

The Mystery of the God-Man

I wrote a column about your book, noting that it’s helpful for a certain class of people: Those of us who were taught to focus on Jesus’ humanity, but find His personality in the Gospels … off-putting. We wouldn’t want to hang around with someone who’s always giving us orders — and puzzling ones at that. How does your book illuminate the mystery of a God-Man?

I’d say it highlights the mystery. Not that it puts it in question, for in my studies I became more convinced of Jesus’ real deity than before. Rather it leaves one wondering what it would have been like to be with Him. He’s the one who said, “You are my friends if you do what I command.” What kind of friend is that? He’s the one who never made a mistake, never asked your opinion except to tell you how He was right and you were wrong. What could possibly induce anyone to follow someone like that? It had to have been His own demonstrated love, authority, wisdom, power, and trustworthiness. Especially His love. There’s just no other way He could have gathered a following.

Trying Too Hard for Divine Bromance

A really important book I read on this topic is God or Christ? from 1981. It argues that the post-Jansenist effort to draw people to Christ by focusing on His compassion and gentleness had one negative side-effect. Namely, it demoted His divinity, and left us looking at Him as a most unusual person. Do we need, when reading Jesus’ words, to remember the Voice on Mount Sinai?

Well, He is a most unusual person! But not in that sense. Remember how it says the crowds were “astonished” at the end of the Sermon on the Mount? It wasn’t because His voice boomed like God at Sinai. It was because He spoke with the same authority as God at Sinai. He didn’t say, “Thus says the Lord.” He said, “But I say to you.” But He meant them to take it as the word of the Lord anyway; meaning, His voice really was (and is) the voice of God.

He is God. We see Him as friend, but we absolutely must remember that He is the friend in charge. Completely and totally in charge. Not because He’s imperious or conceited, but because it’s true: He is our God.

How Jesus Stands Out Utterly

Your focus in the book is on how Jesus differs radically from every historical figure, every leader or teacher, of whom we have any record. Can you list four or five of the ways you present in the book?

Sure, just a quick list. Note, by the way, that this isn’t just about historical persons. His uniqueness covers an even broader range: There’s no one like Him in literature, myth, or imagination, either.

The True God, or Mad, or Just Plain Bad

Can you cast any light on the question of Jesus as “great religious teacher,” but not divine? You know, the way “spiritual but not religious” people like to depict Him? If He weren’t divine, would He be a great religious teacher? How much of His advice holds up, if He isn’t going to in fact reward you in eternity for following it? 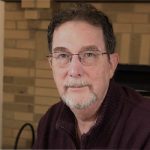 C.S. Lewis’s trilemma dispenses with this: Jesus was no great religious teacher if He taught that He was God, and if He was wrong about it. And He clearly did show that He saw Himself as God. (It’s not just in the book of John, as skeptics often say; I show more evidence for that in my book.)

If He is God, then His “advice” is actually instruction; if not, then it’s merely advice as you say, and bad advice it is, as it includes the “advice” to follow Him no matter what. He teaches us to give all for Him, even to the point of alienating ourselves from family and community. If He is God, then He has both the authority and the eternal goodness to make that good instruction. If not, then we ought to reject Him entirely. Thankfully that latter option doesn’t hold up to the facts.

Sola Scriptura Is Not a Solo Pursuit

Does your book, which draws deeply on centuries-old traditions of orthodox Christian interpretation, show the extreme difficulty of reading the Gospels correctly without consulting Church tradition and scholarship?

That’s harder to answer than you might suppose. I’ve read so much Bible and so much teaching on the Bible, I don’t know where one ends and the other begins. I can say that there’s at least one point in my book that no one has ever raised, to my knowledge. (If some reader knows an exception, I’d be very grateful to hear it!) That one point is this: Nowhere in the Bible does it ever say Jesus had faith. I honestly don’t know if anyone has ever discussed that question before me.

But let me assure you of this: As I began to work that question, I consulted teachers everywhere to make sure I wasn’t going off the rails with it. It is a very frightening matter to do what two of my book’s endorsers said I did, which is to present a new view of Jesus, 2,000 years after His life on earth. New views of Jesus are almost universally cultish or heretical views. I put this book before a lot of scholars to make sure I hadn’t done that. In that sense, yes, it absolutely shows how we need the community of scholarship, including scholars down through the centuries, to guide us in our understanding of Jesus.

What Would Jesus Do? I Dunno, Maybe Smite a Fig Tree…

Do you think “What would Jesus do?” is a useful question, given that He might have … raised the dead or cleansed the Temple or told an ambiguous parable?

The thing my books’ reviewers found so unique in it was that I focused on what Jesus didn’t do; that is, things you’d expect a great religious or political leader to do, but that He didn’t. That’s how I was able to present a new view of Him without falling into error: It’s just a perspective that no one seems to have taken on Him before.

I think WWJD can be a useful way to approach decisions, but more helpful yet is the question, “What has Jesus instructed me to do,” or “What would Jesus want me to do?” He doesn’t want us to be Jesus, but to be followers of Jesus. We won’t do what Jesus would do, and that’s okay, as long as we do what Jesus would have us do.

What kind of person needs to read your book the most?

I’ve heard from several readers that it’s awakened in them a new love, admiration, and worship for Jesus; and I’ve heard it from all sorts, people ranging from a blogger who said she’d fallen into spiritual apathy, to the Biola University Distinguished Professor J. P. Moreland, whom I consider one of my two most significant living intellectual mentors. If you want to know and to love Jesus more, this book is for you.

And yet, and yet … I also wrote it for the inquirer who wants to know whether Jesus is real. As I wrote in my answer to your first question, His character proves to be so great, the skeptical version of where He came from doesn’t work. The skeptic who reads it, then, may just discover that Jesus is too good to be false.