Jesus Christ as a Detective’s ‘Person of Interest’? Sure! 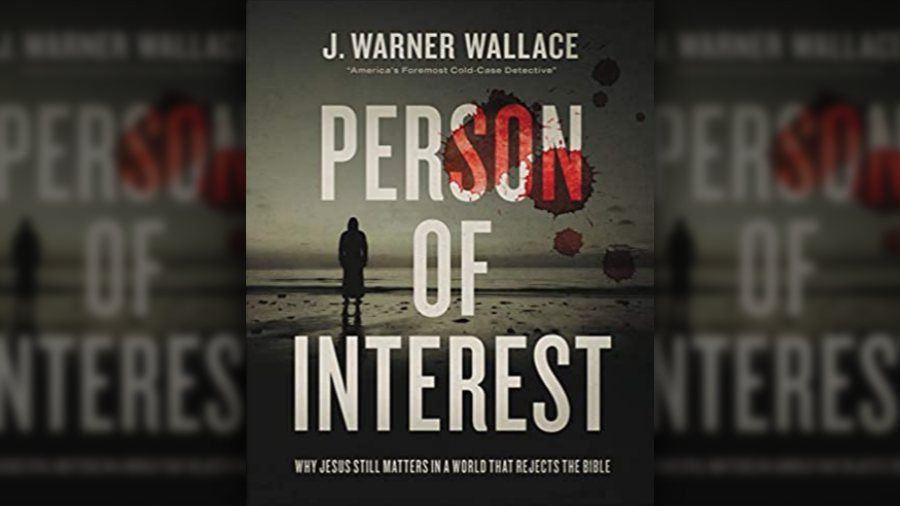 Jesus Christ as a “Person of Interest”? Sure. That’s how J. Warner Wallace, former Los Angeles County cold case homicide detective and former atheist, puts it in the latest book in his detective-themed series on the truth of Christianity.

As an atheist, Wallace applied his cold case investigative methods to the accounts of Jesus Christ, and the evidence persuaded him. He’s now a bestselling author and a widely sought-out speaker, not to mention his being a frequent contributor to The Stream.

He’s written his reasons for faith in Christ in several books. The first three, Cold Case Christianity, God’s Crime Scene, and Forensic Faith, were also written as children’s books and are widely used by Christian parents who want to equip their kids. Wallace always incorporates detective stories and graphic illustrations, making his books some of the most creatively enjoyable — and deeply informative — reading you’ll ever run into.

His eighth book, Person of Interest: Why Jesus Still Matters in a World that Rejects the Bible, gets even more creative. In it he makes a case for Christ based on evidence I’ve never seen assembled this way — with another very intriguing detective story included, too. I asked him to tell us more about the book and how it fits in his personal history and beliefs.

TG: Person of Interest tells three stories: a cold case you solved, your personal journey to faith in Christ, and a very large-scale story of world events leading up to the life of Christ and flowing out from His life. Could you briefly (without spoilers!) tell us what was unique about that murder you solved?

JWW: Sure. During my investigative career, I’ve had to investigate several ‘no body murders’ in which the suspect disposed of the victim’s body and simply reported the victim was missing for one reason or another. The first officers took the report as a ‘missing persons’ case, and the crime eventually went unsolved because it was never initially investigated as a murder. Years later when I reopen the case, I have the challenge of convincing a jury that this is a murder and not simply a ‘missing person’.

These kinds of crimes are typically unpopular with the District Attorney because we must convince a jury that a murder occurred before we can convince the jury that the defendant is guilty of that murder. That’s what makes these cases unique. I describe a similar case in Person of Interest.

TG: You talk about two key principles learned from that investigation, ‘the fuse’ and ‘the fallout.’ Would you briefly explain those ideas, and how they worked to solve a crime without a crime scene, and with no direct evidence a crime had even been committed? 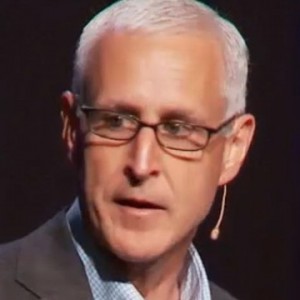 JWW: When there is no evidence from a crime scene, it’s much harder to make a case in front of a jury. We typically argue that if a murder occurred on the day our victim went missing, a bomb — of sorts — exploded. But every bomb has a fuse that burns slowly up to the detonation, and after the explosion, there are shrapnel and debris all over the blast radius. So even if you aren’t sure what happened on the day of the detonation, you can determine the nature of the bomb from simply examining the ‘fuse’ and the ‘fallout’ that preceded and followed the explosion. I’ve successfully used this ‘fuse’ and ‘fallout’ approach to make a case to a jury.

TG: With that, you and the rest of the prosecution team identified a murderer and saw him convicted. So obviously there’s validity in that approach. And now in Person of Interest you’ve applied that same method to the case for Jesus Christ. Could you give us one example of ‘the fuse’ leading up to Jesus?

JWW: I think there are three different strands of the fuse that burned up to the appearance of Jesus in the 1st century: cultural, spiritual and prophetic. The rise and fall of empires, for example (especially the rise of the Roman Empire), provided the infrastructure that Paul and disciples used to proclaim the message of Jesus to the world. In addition, ancient people groups thought deeply about the nature of God, and their common expectations are revealed in the mythologies of antiquity. The Jewish prophets also predicted the coming of the Messiah, of course.

In Person of Interest, I trace these strands of the fuse on a timeline, overlapping them visually and demonstrating the precise window of opportunity in which Jesus arrives in the 1st century. I illustrated Person of Interest with over 400 drawings, and I think once readers see the ‘fuse’ as it burns up to the 1st century, they will understand what Paul means in Galatians chapter 4 when he says that Jesus came in the ‘fullness of time’.

TG: How about an example of ‘the fallout’?

JWW: Jesus impacted nearly every important dimension of human culture, and in this book, I talk about and illustrate his impact on literature, art, music, education, science, and world religions. No one has impacted human history like Jesus of Nazareth, although I think few of us were taught much about this impact in our educational experiences.

Not only has Jesus had more impact than any other historical figure in in the history of historical figures, He left his fingerprints throughout these dimensions of human culture, so much so, that the story of Jesus can be completely reconstructed from these aspects of human experience and history.

TG: Right up front in the book’s subtitle you say this shows Jesus matters ‘in a world that rejects the Bible.’ That’s what makes your approach so strikingly different: You’re saying we can verify the Bible’s truth without even looking at ‘the crime scene,’ the actual account of events as recorded in the Bible. Is that a fair way of putting it?

In fact, the story of Jesus — the details of his life, ministry, death and resurrection, can be reconstructed form the earliest art, literature, and music of the first three centuries. Even more surprisingly, the details related to Jesus can also be reconstructed from the campuses and charters of the top fifteen universities in the world, the journals and personal writings of the vast majority of history’s ‘since fathers,’ and even from the scripture and leader statements of the world’s non-Christian religions.

In Person of Interest, I provide comprehensive lists of all of the details of the Jesus story that are recoverable in these diverse aspects of the ‘fallout.’

TG: We do have the Biblical records, though, and we have all kinds of documentary and historical evidence, as you described. So, how does Person of Interest fit in? Why do this sort of investigation, where you set all that good evidence aside for the time being (for the sake of argument)? What value does it add to the case we already have for Christ?

JWW: It’s about far more than making a case. Unlike my other books, the subtitle of Person of Interest does not simply reiterate a desire to provide evidence for Jesus. The subtitle here is ‘Why Jesus Still Matters in a World that Rejects the Bible.’ Person of Interest seeks to do more than just make a case, it seeks to represent Jesus as He truly is: the most important person who ever lived.

My hope is that Person of Interest reveals the unparalleled majesty, beauty and significance of Jesus. More than simply a case, it’s an effort to show why Jesus still matters, even to people who don’t consider themselves religious.

As an atheist, the things that mattered to me most were literature, art, music, education, and science. I’m probably not alone in valuing those aspects of human history. It turns out, however, that these important dimensions of human existence are overwhelmingly dependent on Jesus and his followers.

But that isn’t to say that evidence from the fallout of history is unimportant to the overall case because it does play a significant role. Every cold case involves examining the evidence in the initial crime scene then adding what can be discovered outside that scene. In the end, our cumulative case against the suspect will be powerful in front of a jury, especially if there is a juror who is skeptical about some of the evidence in the scene.

If, however, Jesus is who the New Testament says He is — the Creator of the universe who entered into his creation — then the impact we see in the ‘fallout’ of history makes perfect sense. It is, in fact, exactly what we would expect from God himself. That’s why the case from the ‘fuse’ and ‘fallout’ of history is powerful and an important addition to any evidence we discover in the gospels.

TG: You have great credibility as a detective: You never lost a case that went to trial, and you’ve even been featured on Dateline: NBC more often than any other detective. You put those investigative skills to work on the case for Christ when you were an atheist, and you ended up convinced. From that perspective, what encouragement would you offer Christians across America today, with respect to their faith in Christ?”

The case for Jesus, found in the gospels and in the ‘fuse’ and ‘fallout’ of history can help us to understand why Jesus still matters (and should matter even to people who reject the Bible) so we can communicate this truth to our kids.

Who is the Original ‘Person of Interest’?

How Detective Skills Can Be Used to Show Christianity is True