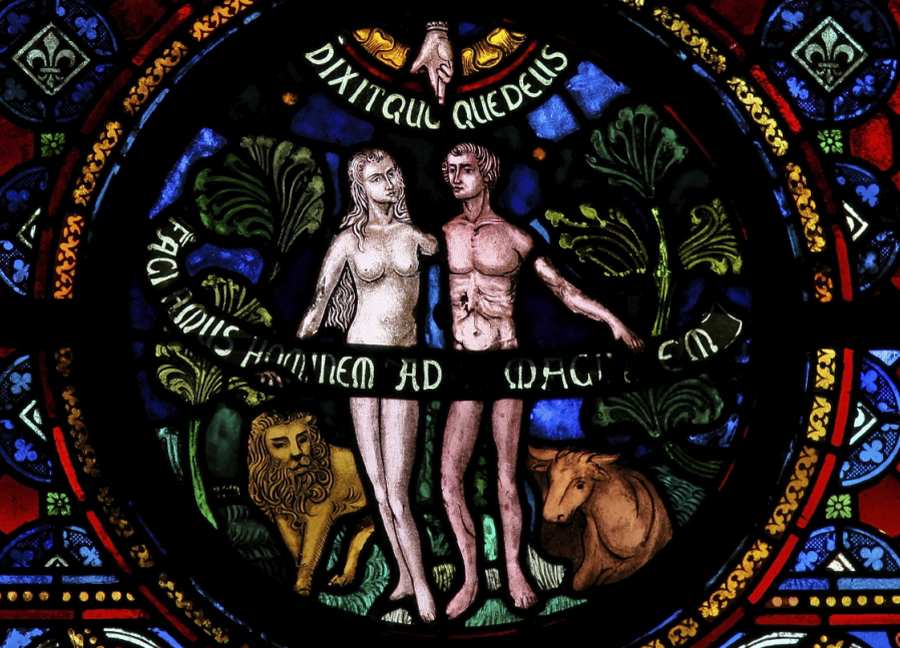 Some entity or other doesn’t want me writing. First, my carpal tunnel has flared up something fierce. It hurts me to pet the beagles, much less to peel them off the dirty plates they’re licking inside the dishwasher.

My favorite writing chair, which served me for 30 years, just cracked. In half. I wheeled the old Aeron to the dumpster this morning.

And the bad news is flying in too quickly for me to keep up with it.

So instead of crafting separate pieces on each of the recent outrages, it seems smart to combine them all into one. And anyway, these evils share an eerie strain in common: The Enemy attacking the Creator via His creatures. The old foe is trying his damnedest to blow up Creation itself. And too many fools are nodding and grinning as he does it.

But first, the news.

ITEM: Praying for Our Leaders Is Now “Problematic”

A Virginia pastor David Platt prayed for the president. Just as St. Paul told Christians to do even for lawless, pagan emperors. This wasn’t just some ordinary prayer. Platt offered it when Donald Trump made a surprise visit to his congregation. This on the weekend when Rev. Franklin Graham called for a national day of prayer for our leaders. All this outraged some members of Platt’s congregation. As Fox News reported:

David Platt, McLean Bible Church pastor, told his congregation, in a statement, that his “aim was in no way to endorse the president, his policies, or his party, but to obey God’s command to pray for our president and other leaders” as mentioned in the Bible.

Jerry Falwell Comes Out Swinging at Pastor Who Prayed for Trump-with a Crude Tweet GROW A PAIR https://t.co/LLfDXEYqwe #Faith via @pjmedia_com

Great outrage ensued, as Christians across America hurled themselves on their fainting couches, and clutched their pearls till they snapped. Christians who must not have spent much time reading either the Old Testament or Martin Luther, one imagines.

Now, as an opponent of women’s ordination, I stand with St. Paul and Falwell. Each pastor must have “a pair.”

But we must ask. Was it fair for Falwell to suggest otherwise of Rev. Platt? Probably not. But there is something unmanly about the squealing desperation of too many Christians nowadays to seem “winsome” at any cost. (Not that it’s womanly either. The best word for it is “frightened-boyish.”)

We can’t imagine a United Methodist congregation howling down its pastor for inviting Barack Obama — though his Marxist creed of “Black Liberation Theology” let him back infanticide. Why should a Baptist flock so fiercely scorn a president who’s actually trying to protect our religious liberties and advance the right to life? And if Platt understands all that, should he really have been so emphatic in renouncing President Trump and all his works? That did have the squeal of the court eunuch about it.

Expect the men leading our churches to avoid offending anyone at any cost, and pretty soon they’ll just be echo chambers for Caesar.

There is something unmanly about the squealing desperation of too many Christians nowadays to seem “winsome” at any cost. Not that it’s womanly either. The best word for it is “frightened-boyish.”

Father Kevin M. Cusick, an ordained Catholic priest and veteran, wrote a tweet addressed to “ladies,” writing that a fellow priest was “forced” to ask a woman at a Catholic mass to cover her shoulders. Cusick went on ask women to “please help the priest to protect the purity of men at holy Mass by choosing to dress modestly.”

The tweet faced almost immediate backlash, with both men and women arguing that women shouldn’t have to cover up their bodies to protect the sensibilities of their male counterparts while attending a church service.

“A woman’s shoulders are not provocative. Women’s bodies are not grenades, liable to explode at any moment,” replied Australian novelist Jane Caro, adding that this is why she “hates organized religion.”

Other women argued that the issues lie not with women’s clothing choices, but men’s inability to “control themselves.”

Father Cusick had long predicted that Twitter would sooner or later evict him for his outspoken opinions on sex. He thinks there are two of them, male and female. And that any other opinion on the question is either a symptom of mental illness, or a diabolical lie. Father Cusick has written a column explaining what happened.

I know that this will prove unpopular among a certain sort of censorious Christian woman. But they already hate me, so I might as well say what I think. Asking people to avoid forms of dress that are likely to be sexually distracting during worship is not misogynist. To prove that, I’d like to propose an experiment.

During the Renaissance, right up through the Reformation, it was fashionable for men to wear on top of their clothes huge, ornamental codpieces that emphasized their genitals.

To point up the fact that avoiding sexual distraction at worship is not a conspiracy against women, imagine that Christian men across the country decided to wear such ornaments to Sunday worship this week. When women (for instance, their wives or daughters) object, should men answer along these lines?

Stop trying to police other people’s sexuality and control male bodies. This is why men around the world are rejecting organized religion.

Of course not. I think just one “Codpiece Sunday” would be enough to prove the point.

Budweiser, UK, twisted itself into a saltless, soggy pretzel trying to cater to “Pride Week” in London. It issued a whole series of sexual-perversion-based beer cups. Just one provoked widespread comment:

Now, it’s all well and good to laugh at Budweiser for trying a bit too hard to seem “Woke.” But those of us who’ve actually tasted Budweiser can testify: If there’s going to be an official beer for people who don’t even enjoy sex, it’s gonna be Bud. Hands down.

The Enemy Hates Sex, Because He Hates Creation

In a great line from The Screwtape Letters, C.S. Lewis imagines the devil’s goal as seeing to it that people get neither what they want, nor what they should have. That they sin and miss the reward, trading Satan their birthright and missing out on the pottage.

Just so, even as the number of “genders” proliferates, and we’re forced at societal gunpoint to accept one deviant desire after another, sex is becoming scarce. Birth rates and marriage rates are falling. The Atlantic reports that sexual activity, licit or not, is fading among the young.

If I have the spiritual vision to suss out Satan’s endgame it’s this: A society full of listless, anti-social libertines who angrily insist on their theoretical right to have sex any way that they want. It’s just that they don’t want to. Other people repulse them.

Monty Python offered a little prophetic glimpse of this, in its offensive but perceptive Life of Brian.

Now, in hell, everyone talks like that. And yes, they drink Budweiser. In hell they want to.

John Zmirak is a Senior Editor at The Stream, and co-author of several books, including The Politically Incorrect Guide to Immigration. Follow him at @jzmirak on Twitter.