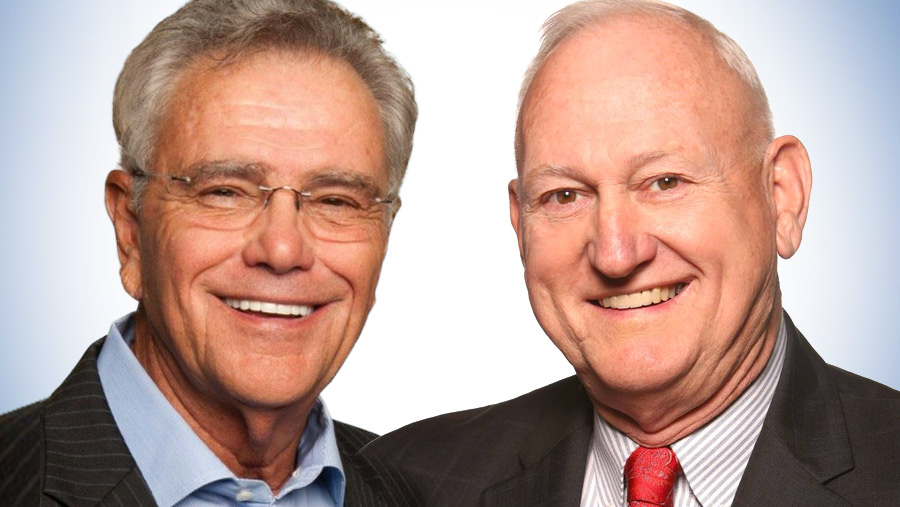 Lt. Gen. Jerry Boykin: Thank you. It’s a real privilege to be part of it.

Nuclear Weapons and the Cold War

James: I was blessed not only to have a relationship with Pres. Reagan, but to respect him. I knew the military leaders who were vitally concerned prior to his election, especially Gen. Daniel Graham, who knew that the Soviets were not keeping any part of the SALT II Treaty and the concept of “mutual assured destruction” was very misleading because of their excesses. We worked really hard to help the American people understand the danger of SALT II and mutual assured destruction. And I think that was a major part of the downfall of the Soviet Union, ending the Cold War and bringing peace. Do you agree with that?

Gen. Boykin: I do indeed. I think we need to understand that the Russians have never abided by any of the treaties they have signed on to, and through our intelligence community, we’ve known that for decades.

James: Had Reagan, the American people and national leadership not understood that back then, the Cold War wouldn’t have ended and likely we would have had a nuclear confrontation. Agreed?

Gen. Boykin: I do agree with that. The one thing we need to keep in mind is that since the Reagan era, things have changed substantially. We now have, in the case of the North Koreans and soon with the Iranians, very unstable governments with very unstable leadership sitting on nuclear arsenals.

James: What is your immediate read on the decision of the president to pull us out of the Intermediate-Range Nuclear Forces Treaty? How would you explain it to the American people if, in fact, you think it’s a wise decision?

Gen. Boykin: Look, I think it was a brilliant move by President Reagan when he and Gorbachev agreed to this treaty. But this is 31 years later, and now we have to look at the realities of the fact that what it essentially did was prohibit the United States from developing more technological, intermediate-range ballistic missiles. That’s what the treaty was about: intermediate-range missiles — from 300 miles to 3,500 miles. The United States has abided by the provisions of the treaty, so we have not modernized our strategic missile forces.

This has left America behind in terms of technology and the kind of capabilities that we need to offset those of our adversaries.

I said yesterday on Fox News that the similarities between President Trump and President Reagan are extensive. One is that common sense prevails — and that is what I think President Trump has done here. He has looked at this situation and said, “Why are we doing this? America is the only one abiding by the treaty, and now we’re behind. We’re at a deficit in terms of modernization simply because we’ve abided by the treaty. Get rid of it — we’re not doing this anymore. We are modernizing.”

James: I loved your term “common sense.” I personally believe it is people with common sense, who were fed up with nonsense, that actually put this president in office. I think it is high time for common sense to prevail — and you’re saying this is common sense.

Gen. Boykin: That’s exactly what I’m saying, and it’s like so many things. The decisions this president makes, he makes them on common sense. For example, telling our NATO allies, “Pay your share.” That’s common sense. Telling these 57 rulers in the Middle East, “Drive these people out of your country, or you’re harboring and supporting terrorists.” All of that is common sense.

The Iran nuclear deal — common sense. We got nothing. We put them on a pathway to a nuclear warhead, and we got nothing in return. In fact, we gave them up to another $150 billion to make sure they could afford it. He looked at that and said, “From a common-sense perspective, why did we do this? Why are we sticking with this?” I think that his common sense prevails in almost everything.

Power of Prayer and the Presidency

James: I believe in the importance and power of prayer. Can you say as a military leader, advisor and very serious Christian we are actually seeing miracle answers to prayer and there is no other explanation for it?

Gen. Boykin: I don’t think there is any question about it. Look, I just wrote the president a note and I told him 25 years ago this month I commanded the forces in Mogadishu, Somalia, during what has become known as “Black Hawk Down.”

Twenty-five years ago this month, I lost 16 soldiers in an 18-hour period in that battle in Mogadishu because Bill Clinton as the commander-in-chief would not give us what we needed, what we asked for, what we knew was essential for us to be successful over the militias there. He denied us those things, and we lost 16 men.

In one year’s time, Pres. Trump has boosted the morale of our military. Simply by giving them all they need to win and be successful. In a year’s time, they drove ISIS out of Syria and Iraq for the most part. (There are still remnants there.) He put them on a pathway to victory. That’s a commander-in-chief who is more of a warrior at heart than he is a self-serving politician like Bill Clinton was.

We paid a price there because we had a weak commander-in-chief. Our men and women serving today are looking at this president and saying, “Wow! He gets it. He cares about us, and he’s given us what we need to prevail over our enemies.”

James: It’s sad to say it, but this president was preceded by eight years without a wise common sense commander-in-chief also.

James: It’s an answer to prayer when people will wake up and receive wisdom that comes from above and then begin to operate in common sense.

What Will Putin’s Response Be

Gen Boykin: I think what will happen now is Putin will come out and make a big issue of this. He will say Trump is not up to the job of being President of the United States and a world leader. And I think he’ll do all of that and then he’ll just be more overt doing what he has been doing for 31 years, which is violating the treaty anyhow. But what I do think this will serve — I think it will encourage Europeans who are on the slippery slope to self-destruction. It’s going to encourage the Europeans to get their heads out of the sand and take a realistic look at the national security issues that are important to that continent.

I think Donald Trump is providing world leadership and the Europeans are the target of what he’s doing right now in terms of people that should pay attention and react.

James: Well, General, I’m going to ask everyone to pray to that end because I honestly believe that God in heaven has reached out to the American people to restore us to sanity, stability and security and an opportunity to preserve freedom. I believe God has heard the sincere prayers of serious Christians.

Gen. Boykin: I could not agree with you more. Just as God has raised up others during crisis times, I think He’s raised up Trump for such a time as this. We don’t have to like everything that he does or says, but I think we need to recognize that he was raised up for this time. He needs all the prayer support that we can give him.