Jack Hayford, ‘Pastor of Pastors,’ Composer of ‘Majesty,’ Giant of the Faith, Passes Away

The world-renowned "Pastor Jack" was 88-years-old. 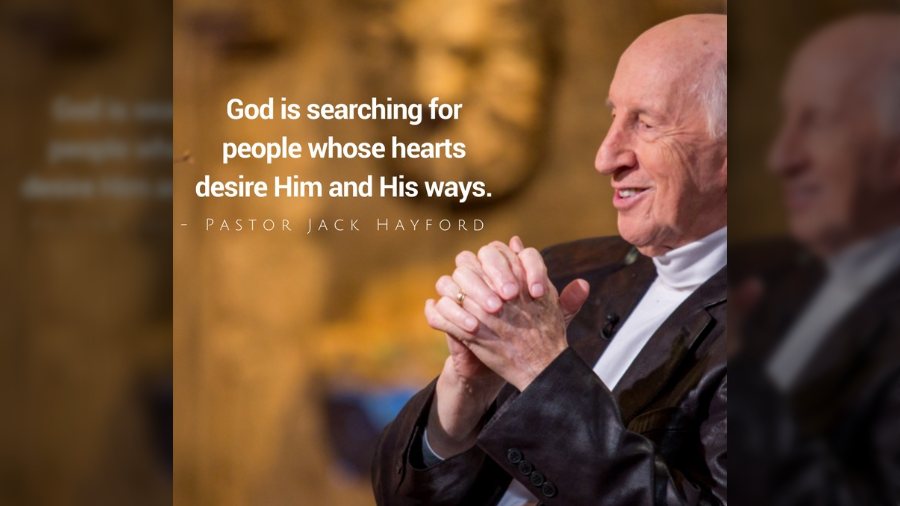 The Body of Christ lost a giant Sunday when Pastor Jack Hayford went home to the Lord. Pastor Jack, as he was lovingly known, was 88 years old.

Jack Hayford may not be as familiar a name as say, Billy Graham. But his influence on the church cannot be overstated. He was dubbed the “pastor of pastors,” a man whose wisdom and counsel and sometimes correction was sought by church leaders and local pastors across the globe for decades.

Pastor Jack Hayford was a statesman among statesmen, one of the most respected evangelical leaders in the nation, a man who lived above reproach for decades, and a pastor and teacher who brought great respect to the contemporary Pentecostal-Charismatic movement. His legacy and message will live on.

Pastor Jack was one of the first church leaders to attempt to heal the breach between the Christian church and Jewish people, stressing the Jewish roots of the New Testament. Although he would serve as the President of the Foursquare denomination and founded the first accredited Charismatic seminary (The King’s University), he tirelessly worked across denominational lines. 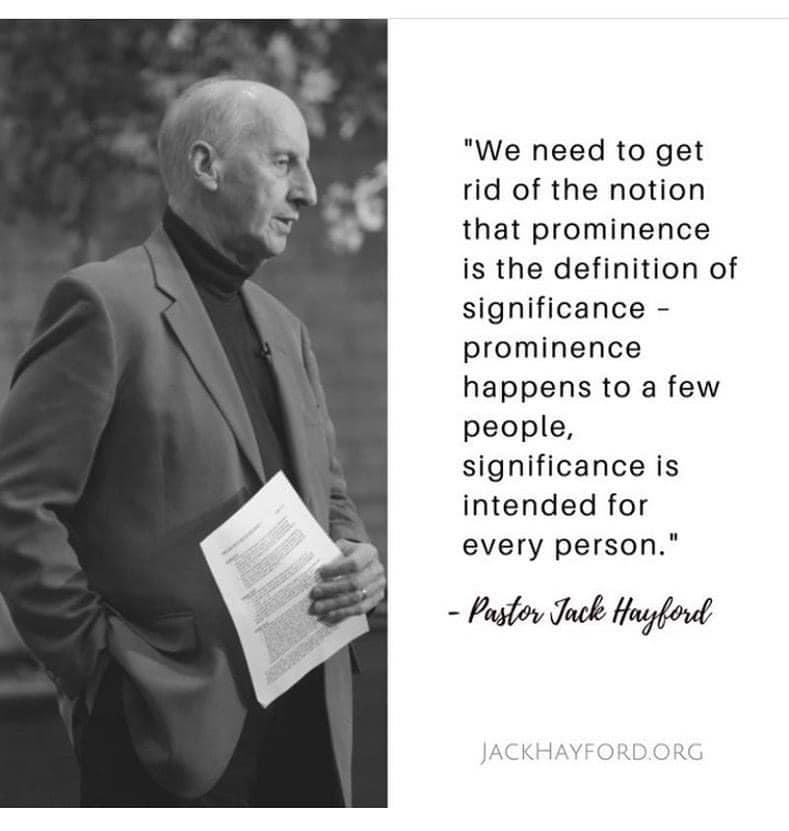 He taught that the Holy Spirit bounded the Body together, that each major denomination gifts the Body as a whole, including beauty from the Orthodox tradition and historical wisdom from the Catholic church.

His Spirit-Filled Bible and Hayford’s Bible Dictionary are towering achievements of Biblical scholarship and wisdom. He authored (or co-authored) some 100 books.

Perhaps most pivotally, in terms of our daily lives, Pastor Jack infused the Body with the idea that “worship” wasn’t just that part of church where you sing songs. Worship is a way of being. You can worship with how you do your job. You worship in how you love those around you.

As Pastor Jack put it:

Worship has often been misunderstood as the musical prelude to the sermon, rather than the means by which we, as the people of God, invite the dominion of His Kingdom to be established on earth.

Now, the irony of Pastor Jack stressing worship as a way of life rather than simply music is that he was one of the most prolific hymnists of the age. He reportedly wrote over 600 songs, including one of the most familiar and powerful hymns of the 20th Century, “Majesty.”

A Taste of Pastor Jack

As anyone who has heard him preach, seen him on TBN, or read his books, you know Pastor Jack didn’t speak in pithy bumper stickers. No “Your attitude determines your altitude” from Pastor Jack. His wisdom flowed out like a river, rising your spirits like a raft. Take this passage from his Hope for a Hopeless Day.

When you’re down on your back, when everything of your circumstance is surrounded by darkness, and when the voice seeking to capture your attention sneers against God and seeks to smash your soul with despair — it’s at those moments we’re called to remember another Voice. It’s the voice of Jesus, calling us from the other side of His Cross, where He experienced everything that pain, suffering, hopelessness, hate, death and hell could deal Him. And He’s saying, “Call on Me — I know the way through Fridays like yours, and I will bring you through!” There is hope — for any and every hopeless day. We each need not only to listen to His call but also to understand the pathway He has carved beyond hopelessness and unto hope. So I invite you to join me in listening to His voice as Jesus lives through a bad day — indeed, not only through the worst day in His life, but also the ultimate worst day that humans or demons could ever conspire to work.

A Humble Man With a Huge Love of Jesus

Though a scholar, a leader, a counselor, university chancellor, denomination president, best-selling author, a mover-and-shaker in the Body, Jack Hayford never lost his simple, humble love for Jesus. Whether in the pulpit at The Church on the Way or in the parking lot at a King’s University retreat, or as the esteemed guest speaker at Gateway’s First Conference, Pastor Jack never acted the “Big Man on Campus.” He was measured, soft-spoken, with a gentle smile … and almost irritating humility.

My wife tells the story of a particular Sunday at The Church on the Way, the Southern California mega-church where Hayford was pastor for three decades. This would be in the mid ‘80s when scandal after scandal was toppling famous televangelists. Pastor Jack comes to the pulpit, his lanky frame slumped, his face troubled.

“I have to start by apologizing to you,” he said, his voice trembling. “I’ve let you down.”

“Oh, nooooo,” my wife thought. “Here we go.” Her mind raced. Though it’d seem inconceivable, the swirl of other scandals had her wondering. “Affair? Financial impropriety? What? What? What?!”

Not by a long shot. Turns out that during the previous week’s sermon Pastor Jack had said there were seven times in the Bible a particular thing happened. Sharp-eyed members of the congregation had during the week pointed out a few more examples. He himself would go on to discover a couple more. Pastor Jack was embarrassed. Horrified. He took so much pride and pleasure in his scholarship. He was convinced he had let the congregation down.

It’s a testament to the good behavior of The Church on the Way congregation that they didn’t stand up and shout in unison, “That’s it?!?!”

My final experience with Pastor Jack came at The King’s University graduation ceremony two years ago. Chancellor Hayford — as they called him at TKU — had been retired a few years. It was said he wasn’t in the best of health, but wanted to share a word for us graduates.

The auditorium went dark. A video began to play. But it wasn’t Pastor Jack with a message. At least not a verbal one. We only witnessed Pastor Jack at a piano, his frail hands working over the keys, singing with weakened voice a simple love song to the Lord.

Tonight, Pastor Jack is singing beside the angels in the presence of his beloved Lord, worshiping His majesty. “Unto Jesus be all glory, honor and praise.”

Al Perrotta is the Managing Editor of The Stream, chief barista for The Brew. He attended The Church on the Way and graduated with a Master’s Degree from The King’s University, founded by Pastor Jack Hayford.

Times of Refreshing Are Here Around the World

The Millstone Too Many Christian Teachers Tie Around Their Own Necks