Harry Potter author defends woman fired for disagreeing with British government decision to allow people to "declare" their own gender. 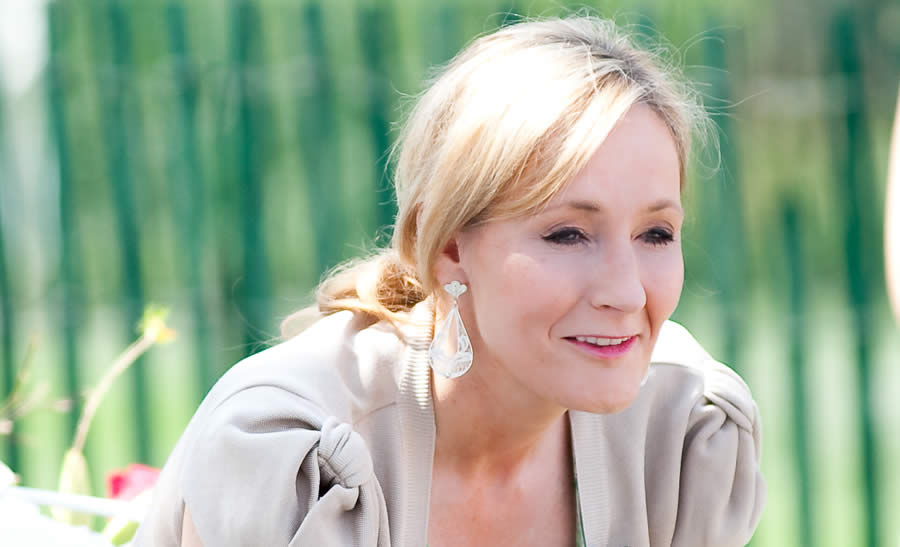 If you want to be a celebrity who stands out in a crowd of celebrities, the formula is simple. Express a view that is contrary to any one of the political Left’s pet issues. Then, when you are demonized (when; not if), don’t flinch.

It is precisely this stunning feat of integrity that leads me to applaud Harry Potter author J.K. Rowling this week.

It all started when a tax expert at a British think tank expressed her personal views on social media. Maya Forstater disagreed with government policies allowing people to “declare” their own gender. According to a BBC report, Ms. Forstater believes that “framing the question of transgender inclusion as an argument that male people should be allowed into women’s spaces discounts women’s rights to privacy and is fundamentally illiberal (it is like forcing Jewish people to eat pork).”

For expressing this view, she lost her job.

J.K. Rowling responded to the news with this tweet:

Dress however you please.
Call yourself whatever you like.
Sleep with any consenting adult who’ll have you.
Live your best life in peace and security.
But force women out of their jobs for stating that sex is real? #IStandWithMaya #ThisIsNotADrill

While I certainly can’t endorse all of the ideas expressed there, I share Rowling’s disgust for the idea that an employee — one who specializes in tax issues, at that — should be fired for believing what people have pretty much always believed: that a human being born in a male body can never truly be a woman.

There are probably many other celebrities who share this conviction. But how many of them have the courage to state it publicly? And of those who do, how many would refuse to back down when confronted with the inevitable outrage of the Left?

Consider a few samples of the actual, predictable responses to Rowling’s tweet.

One woman said: ”My daughter, who is trans, is a big fan of yours. It breaks my heart to see you post something indicating that discrimination against her is perfectly fine behaviour for an employee.”

What, pray tell, is the “discrimination” to which she alludes? Was it “discrimination” for Ms. Forstater to express the view that women should not be forced to share private spaces with men who try to “become” women?

“It Brings Me to Tears”

Another commenter said, “I’m not here to cancel JK Rowling as a person and stoke mob outrage. I’m just here to educate and inform. Trans rights are human rights and trans women are women. Also, white feminism can sometimes intersect with trans exclusion or white supremacy, which is unjust.”

Somehow, his post left me feeling neither educated nor informed. What is his legal, moral, or biological basis for the conclusion that “Trans rights are human rights and trans women are women?”

As for the intersection of “white feminism” with “trans exclusion” or “white supremacy,” I don’t even know where to start. White supremacy is evil, and certainly unjust. But what on earth does it have to do with using the bathroom that corresponds to one’s biological sex?

We can only hope that your example will embolden others — those who might otherwise bow to public pressure — to stand with truth even as all the world seems to take leave of its senses.

At any rate, I’m relieved that this guy at least doesn’t want to “cancel JK Rowling as a person.” I’m not sure how one does that, but surely it would also qualify as “unjust.”

Another commenter stated that she grew up as a “trans child” who enjoyed Rowling’s novels. She said, “This decision, to support people that hate me, and want to do me harm. It brings me to tears… Why. Why?”

And there you have it, once again. It’s the reason-defying leap that so many are taking today, with tragic results. Sally hears a person’s statement about an issue and it challenges her own way of thinking, so Sally leaps all the way to the assumption that the person “hates” her and even wants to do her harm. Incredible.

To date, Rowling has left her tweet as it was, and she has not apologized for it.

I should point out that not all the responses were negative. My favorite was this prophetic quote from G. K. Chesterton: “We shall soon be in a world in which a man may be howled down for saying that two and two make four, in which people will persecute the heresy of calling a triangle a three-sided figure, and hang a man for maddening a mob with the news that grass is green.”

Good for you, Ms. Rowling, for standing your ground against this rampant “howling down.” We can only hope that your example will embolden others — those who might otherwise bow to public pressure — to stand with truth even as all the world seems to take leave of its senses.