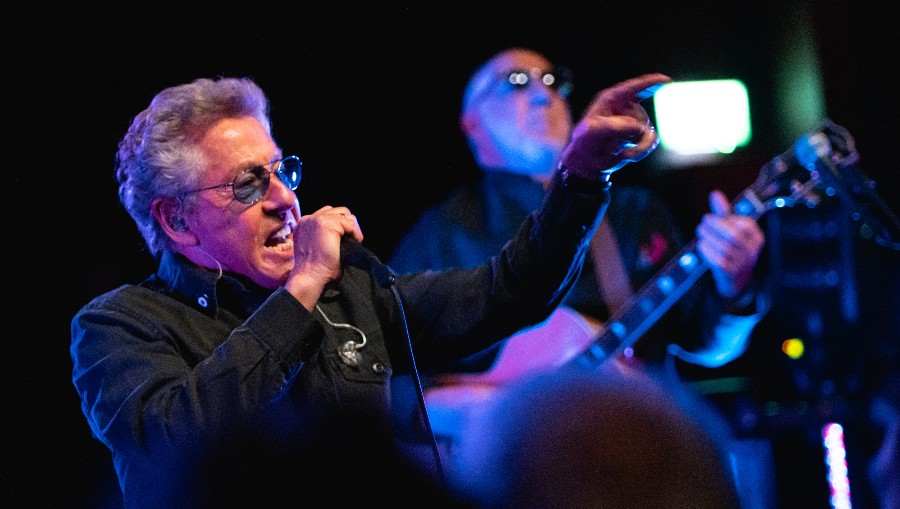 Roger Daltrey, front, and Pete Townshend of The Who perform during a short acoustic show at the Pryzm nightclub in London on Feb. 14, 2020.

Roger Daltrey, the legendary singer for the band The Who, has come out against cancel culture. During a recent appearance on Zane Lowe’s Apple Music 1 podcast, Daltrey condemned the Mainstream Media and the “Woke” movement.

“It’s getting harder to disseminate truth,” Daltrey said. “It’s almost like now we should turn the whole lot off … . We should just go back to print and read books again. I don’t know, we might get somewhere because it’s becoming so absurd now with AI, all the tricks it can do, and the Woke generation,” Daltrey said. “It’s terrifying, the miserable world they’re going to create for themselves. I mean, anyone who’s lived a life and you see what they’re doing, you just know that it’s a route to nowhere,” he added.

Communism Failed. What Did We Learn?

The front man and vocalist talked about “seeing the Communist system fail” in his lifetime. He added with sarcasm that he witnessed “how wonderful” socialism was, when its miseries appeared up close. He called “the periods of life that we’ve had the privilege” to [live through] a “golden era” because of their vanishing freedoms.

Daltrey was promoting the reissue of the Who’s 1967 album The Who Sell Out.

The Real Pangs of Adolescence

For my money, however, The Who’s greatest opus is 1973’s Quadrophenia. There are few works of art that so accurately capture the pain and confusion of adolescence. That’s the time when you feel, as Daltrey described it, “the fractures at the core of us all” and the pain of not fully knowing yourself.

Quadrophenia is set in England in the early 1960s. A teenager, Jimmy, feels pulled apart. He was diagnosed as schizophrenic. But he claims he is actually “quadrophrenic,” having four personalities. That serves as a metaphor for the different personas that adolescents adopt in order to fit in. “I’m One” is one of the most affecting songs ever written about a kid searching to belong. A recurring theme? Living under the constant reality of violence. Another is the sea. It is both a dangerous elemental force that seemed to birth Jimmy in all his craziness, as well as a place of healing, even baptism.

One of the reason Daltrey loves the pre-Woke world is that bands had absolute freedom to play whatever they liked, taking from rhythm and blues, country, surf rock, whatever. In an absurd and sad 2018 article, Washington Post pop critic Chris Richards argued that musicians should self-censor themselves in deference to prevailing political orthodoxies. Richards describes a band that so loved a record by an R & B artist that they wanted to cover it. They finally decided not to: “A band of white indie rockers performing the songs of a black R & B singer? No way. It would be seen as cultural appropriation.” Richards writes, “As badly as I wanted to hear their covers, they were right.”

Richards argues that cultural appropriation is wrong and should be avoided when it feels like “taking” instead of “making.” “When Justin Timberlake beatboxes, or Taylor Swift raps, or Miley Cyrus twerks to a trap beat,” he writes, “it feels like taking. Nothing is being invented other than superficial juxtaposition. On the flip side, when the Talking Heads echo African pop rhythms, or the Wu-Tang Clan channels the spiritually of Kung-Fu cinema, or Beyonce writes a country song, it feels more like making. The borrowed elements become an essential, integrated part of a new, previously unheard thing.”

Richard concludes: “We think we know this difference when we hear it, but sometimes we don’t — so there are more questions to ask, and many of them point toward an imbalance of power.”

In other words, pop music should submit itself to the crazy social justice of the left and only play the ethnically correct music approved by the state. So much for the beautiful mongrel of blues, soul, country and attitude that became rock and roll. I worked in a record store in the 1980s, and one of the joys was seeing artists fearless crossing into the genres of music: Ray Charles doing country songs, the Talking Heads filling the room with African Beats, New York punk pioneers Sonic Youth covering Madonna, Whitney Houston owning a Dolly Parton composition. Daltrey is right. That was a golden time of freedom and experimentation. If you were in a band you could play anything you wanted.

At the climax of Quadrophenia, protagonist Jimmy gets overwhelmed. The violence, drugs, his family life and unrequited love are too much. He returns to the sea, the chaotic yet wondrous place that birthed him, and contemplates suicide. In the film version, Jimmy drives his scooter along the White Cliffs of Dover, daring himself to plunge it over the edge. At the last second he turns away, letting the scooter fall and crash to the rocks below. The answer is the same as it ever was: love.

“Love Reign O’er Me,” the album’s closer, has become a rock staple. But it is even more powerful when experienced as the culmination of the music that comes before it. It’s a shame that bands aren’t attempting this kind of poetic, spirit-filled grandeur anymore.