It Is Well With My Soul, Wrote a Man Whose Four Daughters Had Just Drowned at Sea 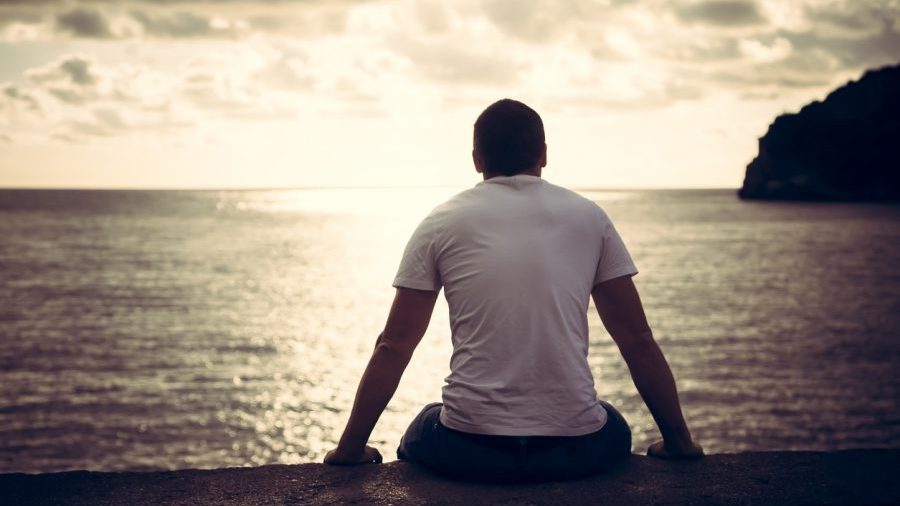 I hadn’t heard “It is well with my soul” in decades, when YouTube started playing it one night as I worked. It took me back forty-some years, to my friends’ white clapboard church in the country, with its bare white walls and high clear windows and that thin bare metal cross on the wall behind the pulpit. They’d sing that hymn from time to time. On Sunday evenings, when they’d have their hymn sings.

As the song played, I saw the people. Most of them good people, with a few exceptions, including two vicious gossips who looked as sweet as could be. Some very good people, and one man whose great kindness to all I still remember. Most of them people who suffered.

And almost none of them part of the academic world I knew. For all the whining and self-pity in which academics can indulge, they had comfortable and safe lives. They had good, guaranteed salaries, and great medical insurance. And long summer vacations. Yet they (and I) tended to sing, “It is bad with my life.”

The world the people singing around me knew wasn’t so comfy and safe. A lot worked precarious jobs. If they had security, they had it because they didn’t get paid much. Or because their jobs were dangerous or tedious, and few others wanted them. They got by on poor health insurance, or none at all.

When peace like a river, attendeth my way,
When sorrows like sea billows roll;
Whatever my lot, Thou hast taught me to know
It is well, it is well, with my soul.

Though Satan should buffet, though trials should come,
Let this blest assurance control,
That Christ has regarded my helpless estate,
And hath shed His own blood for my soul.

My sin, oh, the bliss of this glorious thought!
My sin, not in part but the whole,
Is nailed to the cross, and I bear it no more,
Praise the Lord, praise the Lord, O my soul!

For me, be it Christ, be it Christ hence to live:
If Jordan above me shall roll,
No pang shall be mine, for in death as in life,
Thou wilt whisper Thy peace to my soul.

But Lord, ’tis for Thee, for Thy coming we wait,
The sky, not the grave, is our goal;
Oh, trump of the angel! Oh, voice of the Lord!
Blessed hope, blessed rest of my soul.

And Lord, haste the day when the faith shall be sight,
The clouds be rolled back as a scroll;
The trump shall resound, and the Lord shall descend,
A song in the night, oh my soul!

Many sang of something they knew. Lives of struggle and loss, of getting through every day, of irreparable pain, with no chance of things getting much better in this world. And singing with confidence, “It is well with my soul.”

I was a kid and saw some of the suffering. Years later I learned more: about the alcoholic husbands and the wandering wives and the cancers in particular. But other things too. Some of those people’s lives could have been a country music song.

They were people who could have told God to get lost. He didn’t seem to have done much for them. Not compared with the great lives other people had. But they sang “it is well with my soul,” and meant it. That for me was a revelation. They showed a possibility for human life I hadn’t really seen.

A man named Horatio Spafford had lost his son at two. But that would not be the great suffering of his life. His wife Anna was ill, and he sent her and their four daughters to Europe. On November 21st, in the middle of that vast ocean, the British iron ship the Lochearn rammed the liner they were on. It sunk in twelve minutes.

Anna survived, holding on to a board floating in the ocean. Another ship picked her up. Their four daughters drowned. Anna telegraphed from Wales, “Saved alone. What shall I do?”

I think of him, knowing about the shipwreck, waiting for the telegram that will tell him if he still has a family. It arrives, and the first words he reads are “Saved alone.”

Where His Life Changed

Spafford sailed for England to get Anna. His ship passed close to the place his daughters had died. He must have stood on the deck staring at the ocean where in a few minutes he lost his every child, and his life was changed beyond recovery.

He must have seen each face, heard each voice, remembered holding them as babies, playing with them, walking with them, taking them to church, sitting with them at dinner. He’d never do that again.

I have four children and the thought of losing them at once makes me sick. I have a little feeling for how Horatio Spafford must have felt as he looked at the empty, pitiless ocean. What did he do? He wrote a hymn that declared, “It is well with my soul.”

The People in the Church

No one in that little country church had lost four children. But some lived lives of unending pain, or drudgery, or anxiety. And they sang the same hymn. I knew some of them well enough to know they sang the truth as they saw it. They weren’t just being pious and saying the expected pious things. They weren’t affirming something they wanted to be true, but suspected wasn’t.

Compared with the comfy and complaining people I knew, their faith hinted to me of something about the real nature of things. Behind or beyond their pains they knew a Truth who let them say that things were really all right. It was well with their souls. At least most of the time. And especially when they sang.

My son died of colon cancer last September and now, my husband has been referred to hospice by his doctor. I sit alone looking out at the sunset and this old hymn came to mind. This ministered to me, thank you.

Listening to this as my parents fight. I can hear them screaming and how much they hate each other, it’s exhausting and sad. They’ve been like this all my life. This song came to mind and is a beautiful reminder that God is always present, no matter how hopeless the situation, you are not alone. He will work it out for good.

I am a dying Lady Special Forces Veteran chemical warfare and all I got to say about it all is Thank You Jesus. Jesus, You are my All.

my 12 year old son fell out of a truck and died last week, this is especially hard bc my 5 month old daughter went to be with the lord in her sleep some years ago as well. This brings me comfort

Listen to the hymn while reading the comments. It can be well with your soul, even if everything’s wrong with your world.

Other hymns sung by Audrey Assad that readers may enjoy are Holy, Holy, Holy; Abide With Me; I Shall Not Want; Come Thou Fount; and Softly and Tenderly.

‘I Can’t Live Without Him!’ She Meant Her Cat. She Really Meant Jesus.