The newest fragments were found at a site called "Cave of Horror." 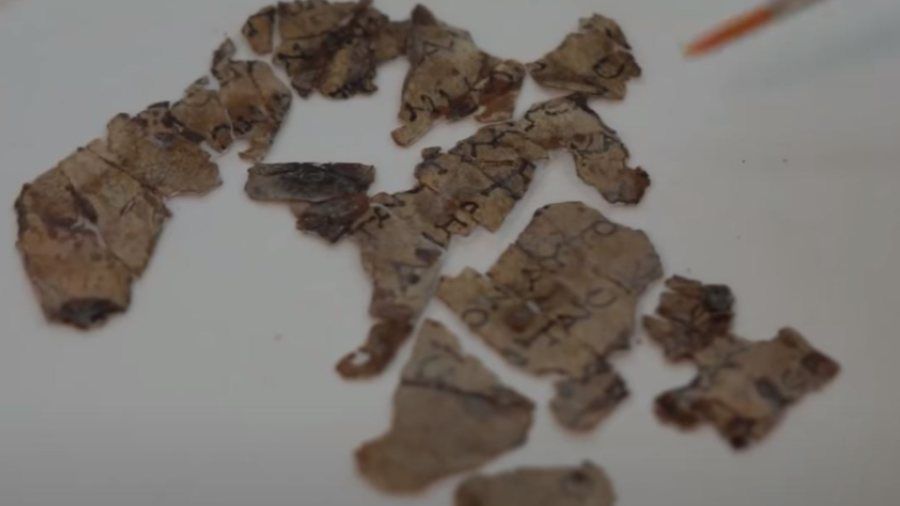 The Israel Antiquities Authority (IAA) announced on Tuesday that it has recovered dozens of fragments of a biblical scroll for the first time in about 60 years in what was described as a “complex and challenging national archaeological operation.”

The Israel Antiquities Authority (IAA) announced Tuesday that they have discovered more Dead Sea Scroll fragments in a desert cave about 25 miles south of Jerusalem.

Experts believe the scroll fragments date back nearly 1,900 years, hidden during a Jewish revolt against Rome. The Bar Kochba Revolt took place between 132 and 136 A.D., the Associated Press reported. The parchment fragments are written in Greek and contain passages from the Book of Twelve Minor Prophets, including the Old Testament books of Zechariah and Nahum. It is the first time in 60 years that biblical scrolls have been found.

The nearly 80 pieces were found during an excavation undertaken by IAA to find historical artifacts before thieves do. The IAA has been excavating caves in the Judean Desert for four years, headed up by IAA director Israel Hasson.“The aim of this national initiative is to rescue these rare and important heritage assets from the robbers’ clutches,” said Hasson. “The desert team showed exceptional courage, dedication, and devotion to purpose, rappelling down to caves located between heaven and earth, digging and sifting through them, enduring thick and suffocating dust, and returning with gifts of immeasurable worth for mankind.”

In addition to the scroll fragments, archaeologists discovered the 6,000-year-old mummified remains of a child, coins that date back to the Bar Kochba Revolt and an intact 10,500-year-old woven basket, complete with lid.

Are These the Nails That Held Jesus to the Cross?