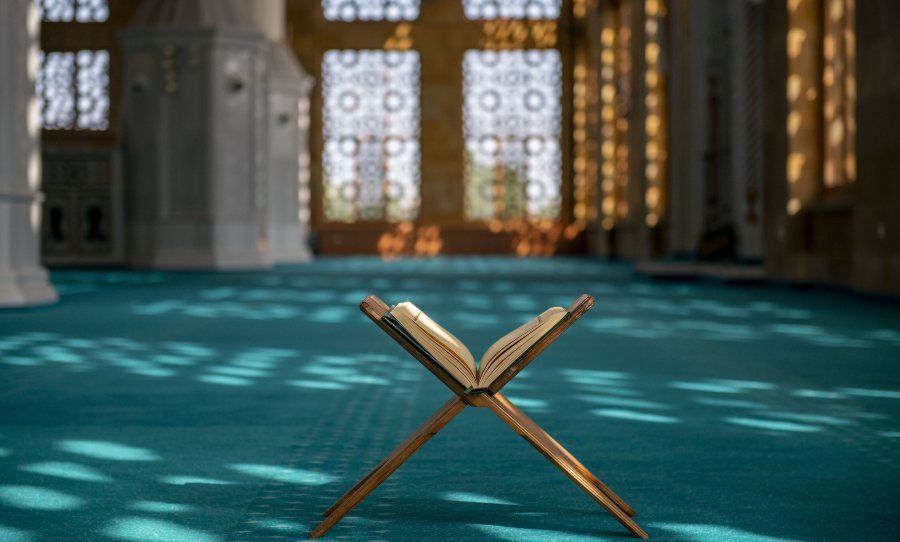 For almost a quarter millennium, patriotism has been considered “the last refuge of a scoundrel.” Now while the Left might still buy that, most of us don’t. In fact, many modern rogues seek refuge in other ideologies. Predominantly on the Left, in fact. Wokeism, specifically one of its subsets, is the main sanctuary for scoundrels these days. Transgenderism. Climate apocalypticism. Covid anxiety. Racial obsession. The usual daft suspects.

Crying “Islamophobia” Is the Most Common Scoundrel Refuge Now

But I would argue that the harbor most often sought as shelter for knaves, both foreign and domestic, is Islamophobia. To be more precise, the allegation thereof. We’ve seen it slung about a lot since 9/11. (Google has almost 18 million entries for the term.) And there are two major examples of it in the news now. A Minnesota university adjunct professor is suing her employer over being fired for “Islamophobia.” And the Islamic world, led by Turkey, is using that charge as a political club against Sweden.

Every Picture Tells a Story, Don’t It?

In the first case, an art history professor, Erika Lopez Prater, showed an Islamic artistic image of Muhammad, the religion’s founder. This was last fall at Hamline University, a small Methodist school. She reportedly had warned the class, both in her syllabus and orally, that this would be the case. Prater also allowed students to opt out of viewing it. But, to no one’s surprise, a Muslim student managed to take offense anyway. And she just happened to be the President of the Muslim Students Association. The administration, of course, took the malcontent’s side. The professor was slammed as “inconsiderate, disrespectful, and Islamophobic.” Prater’s contract was also canceled. Then she sued the university. Whereupon administrators back-tracked on the “Islamophobia” slur. Why? Because even the Islamophobia-phobic Council on American-Islamic Relations supported the professor. But Hamline has not apologized to Prater, much less rehired her.

Throwing a Quran into a Ring of Fire

On the foreign front, Sunni Islam’s de facto caliph — Turkey’s President Recep Erdoğan — is taking the lead at being offended on behalf of the entire religion. Over what? This past weekend the head of a fringe right-wing Swedish political party burned a Quran out front of the Turkish embassy in Stockholm. Rasmus Paludan said he wanted to show that freedom of speech still exists in Sweden. But the real reason? Growing anger in that country over the huge spikes in crime that have followed massive Muslim immigration. Besides Turkey, which threatened to veto Sweden’s application to joint NATO, other Muslims countries have complained about this “insult to Islam.” Notably Kuwait, Indonesia and Pakistan. A U.N. agency called the “Alliance of Civilizations” also condemned the Quran-burning. And of course the American State Department, that den of dhimmitude, called Paludan’s action “repugnant,” “disgusting” and “vile.” Spokesman Ned Price also speculated that Paludan may have been acting as a “provocateur” trying to sabotage NATO.

The Sword Is Scarier than the Pen

What ties both these stories together? Insistence by some — and not all of them Muslim — that Islamic norms be imposed on the rest of us. Although exactly what those norms are is rather fuzzy. In the past, Persian, Mughal and Ottoman art displayed holy men, including their religion’s founder. (See some of these images here.) Eventually the Sunni branch’s theologian did find images problematic. In particular, the Hanbali school, godfather of Sunni fundamentalism (such as Wahhabis), dislikes images of prophets. But Islamic fundamentalists don’t totally define Islam. Sufis, Islamic mystics, are much more open to such imagery.

And the Twelver Shi`i have no qualms about portraying their Twelve Imams, to include Ali, Muhammad’s son-in-law and cousin, and even Muhammad. (I saw this firsthand when I visited Iran in 2008.) But Shi`is make up only about 15% of Muslims. So the idea that “Islam forbids images of Muhammad” is not entirely correct. It’s one held by fundamentalists. But these Muslim fundamentalists are a majority of the world’s larger Sunni branch. And the overwhelming majority of the world’s jihadist/terrorist groups. Thus, in this case, the sword is mightier than the pen. Certainly more intimidating.

Illegal to Burn Scriptures? Depends on Whose They Are

As for the current Quran-burning brouhaha, it echoes one from a decade ago. That was when Pastor Terry Jones, head of a tiny Evangelical church in Florida, torched several Qurans. He planned a mass bonfire of them for September 11, 2013. But he was arrested preemptively (and probably illegally). In the same time frame, the U.S. military burned a legion of Qurans in Afghanistan. Why? Because Taliban prisoners were writing messages to each other in them. Protests of course followed. But as I pointed out in an article then, Islamic law allows for the destruction of scriptures contaminated by extraneous writing. Furthermore, just a few years earlier our military had also burned thousands of Bibles sent to Afghanistan by missionary groups. Tu quoque, Uncle Sam?

I understand making the secular point that free speech includes burning religious books. Maybe even the religious point that the converts made in Acts 19:19. And proving that non-Muslims in general, and Christians in particular, are not (yet) subject to Islamic law — even if some of our “leaders” think otherwise.

But in the final analysis, I’m more with Doctor Henry Jones (Indiana’s father) on this issue than Pastor Terry Jones. “Goose-stepping morons should try reading books instead of burning them.” So instead of putting Muhammad’s sermons to the torch, people should read them. Then they’d learn that Islam’s sacred book actually promotes violent jihad, beheading, polygamy and general dislike for non-Muslims. That these aren’t simply “extremist” positions pushed by “radical” Muslims.

Burning a Quran, Burning a Priest — Guess Which One Western Elites Condemn?

That said, it’s dispiriting that Western elites are so quick to serve as defenders of, if not outright apologists for, fundamentalist Islam. This is what happened at Hamline, an ostensibly Christian university. And at the UN and the US State Department, two places where Christianity is rarely seen, or even acknowledged. Of course, the most Islamophilic institutions are the ones most likely to cry “Islamophobia!” To these global elites, burning a book is more heinous than burning a Nigerian Catholic priest alive. Maybe some of them should try actually reading that book. Then perhaps they’d adjust their values accordingly.

But probably not. After all, they’re scoundrels.

There is a Global War on Women, and Western Feminists are War Profiteers