ISIS Are to Muhammad What Franciscans Are to Jesus 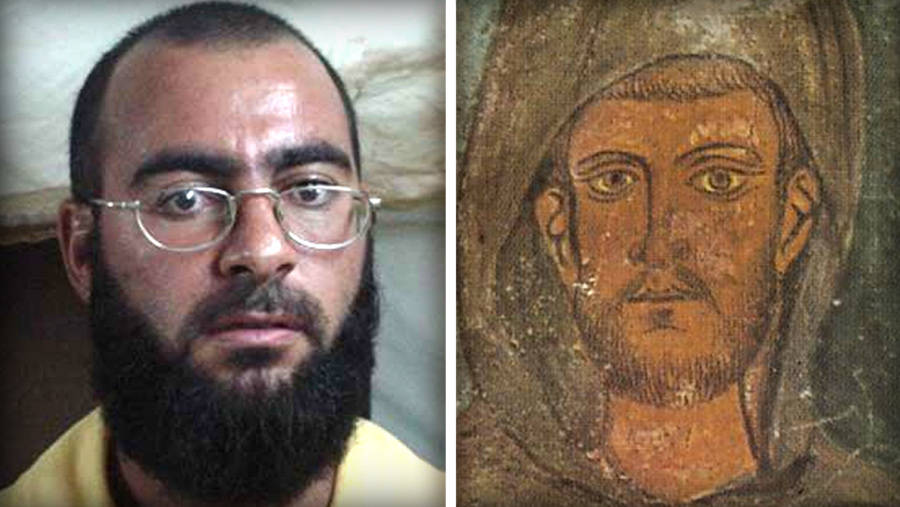 October 4th is the feast day of St. Francis of Assisi. I studied the saint with Lutheran church historian Jaroslav Pelikan. He taught us at Yale in his course “Jesus Through the Centuries,” that in his day admirers called Francis an “alter Christus,” or “second Christ.” (Interestingly, the man who peacefully brought Communism and the Cold War to an end, Mikhail Gorbachev, agrees.)

Francis felt called to imitate the life of Jesus in every possible respect.

No one means that in a blasphemous sense. No one thought Francis was divine. Or a new messiah. But Francis felt called to imitate the life of Jesus in every possible respect. He and his followers lived like the apostles. They embraced the same radical poverty, chastity, and obedience to the Gospel. This in an age when wealth was exploding all across Europe. That tempted many Christians to abandon even the “poverty of spirit” to which Christ calls us. The Franciscans stood as a sign of contradiction. They never condemned anyone. But they lived as exemplars of detachment from the world. By the time Francis died, there were as many Franciscans on this earth as there are today. A tiny but highly creative minority.

As Joan Acocella wrote of Francis’s followers in The New Yorker:

By day, the brothers did the kinds of work that Francis felt were sanctioned by the Gospel. They renovated churches, tended to lepers, performed manual labor for farmers and artisans, preached, and prayed. They could accept a payment of bread and fruit for their labor, but they were not allowed to have money. Nor could they, in any way, save up for the next day. They could not own any dwelling they lived in. (They rented the church in the Portiuncula from a local abbot.) They could not store up food. They couldn’t soak vegetables overnight.

As Christians we are all called to imitate Christ, albeit in different ways.

Likewise, Muslims must imitate Muhammad. They hold that Muhammad was merely human. But he was also the perfect example of human conduct. Muslim tradition calls every man (that is, male) to emulate Muhammad in every possible respect.

And there is a group today that takes the example of Muhammad quite literally. Just the way Francis took that of Jesus. That organization is called the Islamic State, or ISIS. As Graeme Wood wrote in The Atlantic:

The reality is that the Islamic State is Islamic. Very Islamic. Yes, it has attracted psychopaths and adventure seekers, drawn largely from the disaffected populations of the Middle East and Europe. But the religion preached by its most ardent followers derives from coherent and even learned interpretations of Islam.

Virtually every major decision and law promulgated by the Islamic State adheres to what it calls, in its press and pronouncements, and on its billboards, license plates, stationery, and coins, “the Prophetic methodology,” which means following the prophecy and example of Muhammad, in punctilious detail … .

Muslims who call the Islamic State un-Islamic are typically, as the Princeton scholar Bernard Haykel, the leading expert on the group’s theology, told me, “embarrassed and politically correct, with a cotton-candy view of their own religion” that neglects “what their religion has historically and legally required.” Many denials of the Islamic State’s religious nature, he said, are rooted in an “interfaith-Christian-nonsense tradition.”

According to Haykel, the ranks of the Islamic State are deeply infused with religious vigor. Koranic quotations are ubiquitous. “Even the foot soldiers spout this stuff constantly,” Haykel said. “They mug for their cameras and repeat their basic doctrines in formulaic fashion, and they do it all the time.” He regards the claim that the Islamic State has distorted the texts of Islam as preposterous, sustainable only through willful ignorance. “People want to absolve Islam,” he said. “It’s this ‘Islam is a religion of peace’ mantra. As if there is such a thing as ‘Islam’! It’s what Muslims do, and how they interpret their texts.” Those texts are shared by all Sunni Muslims, not just the Islamic State. “And these guys have just as much legitimacy as anyone else.”

All Muslims acknowledge that Muhammad’s earliest conquests were not tidy affairs, and that the laws of war passed down in the Koran and in the narrations of the Prophet’s rule were calibrated to fit a turbulent and violent time. In Haykel’s estimation, the fighters of the Islamic State are authentic throwbacks to early Islam and are faithfully reproducing its norms of war. This behavior includes a number of practices that modern Muslims tend to prefer not to acknowledge as integral to their sacred texts.

Most Muslims in America do not send money or sons to ISIS. They do not sign up for jihad. Or conduct armed attacks on unbelievers. Or capture non-Muslim women to traffic as sex slaves. But then, how many Christians live like Franciscans?

The Friar and the Jihadi

Still, every sincere Christian from Pope Francis to Joel Osteen respects the Franciscans. We believe in some sense in the spirit of poverty. Even if we mean by that just a detachment from worldly things when they get in the way of the Gospel. Among a billion Christians, you’ll find countless different ways of living that out, of course. But we wouldn’t single out Osteen as representing the “mainstream” of Christian thinking. Or dismiss Franciscans as “extremists.” Would we?


Please Support The Stream: Equipping Christians to Think Clearly About the Political, Economic and Moral Issues of Our Day.
Likewise Muslims have a tradition of detachment from earthly things. But their focus is starkly different. That’s because of the words and example of their founder. The Muslim ideal of detachment centers on the willingness to fight unbelievers. To embrace a violent death. Why? For the sake of imposing Islam around the world. Indeed, after prophets like Muhammad himself, who gets the highest places in heaven? Those who die in the course of jihad.

What If “Extremism” Is a Myth?

The Catholic church takes martyrdom as proof of sainthood. So Muslims take a sincere death in battle on Islam’s behalf. Martyrdom, for hundreds of millions of Muslims, includes acts of violence. Even those committed against unarmed infidels. That is why mosques across the world revere suicide bombers and other terrorists as holy warriors and “martyrs.” It is why Muslims whom we label “radical” somehow pop up in connection to apparently “mainstream” Muslim institutions. I noted here during the presidential campaign, the links of Hillary Clinton’s would-be White House chief of staff, Huma Abedin, to groups with terrorist connections. Specifically:

Huma Abedin served for three years on the Executive Board of George Washington University’s Muslim Students Association (MSA), which is linked closely to the Muslim Brotherhood, the international jihadist conspiracy that avowed in 2001 that its mission is a “grand jihad” devoted to “destroying Western Civilization from within.” How radical is the MSA? Two years after Abedin graduated, her chapter of the group invited Anwar al Awlaki to serve as official chaplain. He was later revealed as a member of al Qaeda, a man whom the New York Times called the “terrorist network’s leading English-language propagandist,” before he was killed by a U.S. drone strike in 2011. He also served “as a hands-on trainer who taught recruits how to make bombs, gave them money for missions and offered suggestions about how to carry out suicide attacks.”

Jihad is For Muslims What Poverty is For Christians

This might shock us. It shouldn’t. No more than the sight of Franciscan friars praying with wealthy Catholics. Religions provide a code that binds very different people, who live it out differently. And not all religions teach the same thing.

Muslims must imitate Muhammad. They hold that Muhammad was merely human. But he was also the perfect example of human conduct. Muslim tradition calls every man (that is male) to emulate Muhammad in every possible respect.

Read former Muslim Ibn Warraq’s scholarly book, The Islam in Islamic Terrorism. He relies on the texts that most Muslims consider most authoritative — which they use in theological academies in Egypt, Saudi Arabia, and Iran. Warraq shows that warlike jihad lies at the very heart of Islam. Indeed, the Quran obliges every able-bodied male Muslim (on pain of “hypocrisy”) to take part in jihad. Or at least to support it financially. No surprise, then, that apparently “mainstream” Muslim charities like the Holy Land Foundation turn out to fund terrorists in Israel. Or that “mainstream” groups like the Council on American-Islamic Relations pop up after every terrorist attack to warn against “Islamophobia.” For an excellent popular treatment, see William Kilpatrick’s equally documented The Politically Incorrect Guide to Jihad.

Yes, you can read “jihad” as a peaceful, internal spiritual struggle. Some Christians can amass great fortunes and still strive for “spiritual poverty.” But Christians have never abandoned our concern for helping the poor. There will always be militant Christians who embrace poverty. Who join the Franciscans. Or who move as families to serve as missionaries in desperately poor countries. Likewise a certain percentage of Muslims will take their own sacred texts literally. They’ll directly imitate the actions of their founder and his disciples. Indeed, the Sunni Muslim Vatican, Saudi Arabia, follows most of the same laws and practices as ISIS. But they have a U.N. seat and billions to spend for PR.

Western nations that admit millions of Muslims should think long and hard about what comes next.

The Christchurch Killer and Cardinal Danneels: Two Traitors to Christendom