ISIS Aims to Alienate and Radicalize. So Let’s Celebrate Sunday’s Feast of Christ the King

The Paris Attacks were designed to frighten us and drive a wedge between us and our Muslim neighbors. God has for us a different plan. 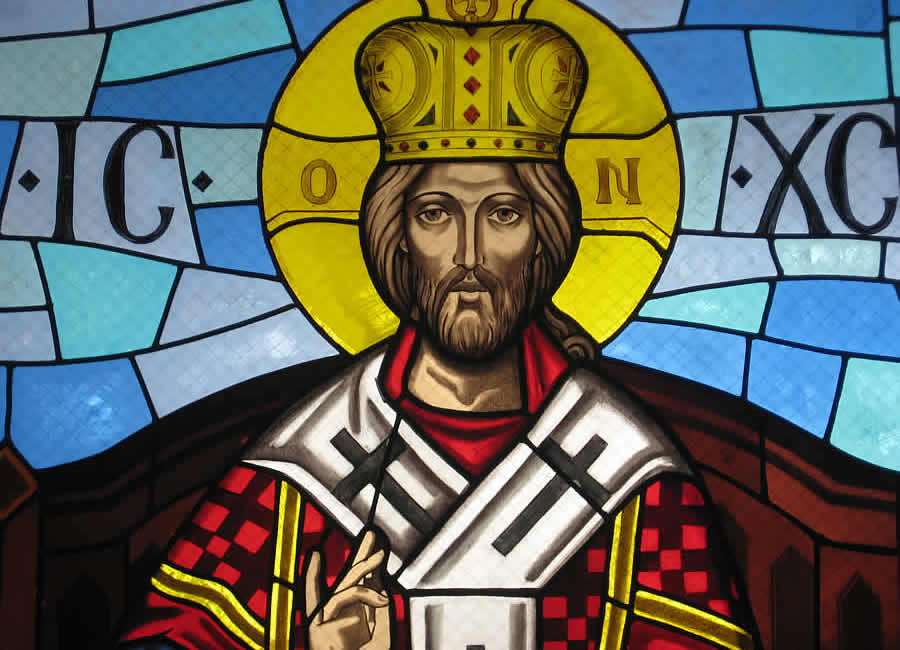 JIM TONKOWICH — Christmas, Easter and Pentecost (Please, don’t forget Pentecost!) are the three big celebrations of the Christian year. But there’s another feast that pulls them together and points us to the final and certain future. It couldn’t arrive at a more opportune time.

After the deadly terrorist attacks in Paris, one headline read, “Islamic State threatens attack on Washington, other countries.” And why not? Look at the Paris attacks. They were so simple: a rental car, seven radicals, some guns, a few explosives and a planned route through nighttime dining and entertainment centers, the Paris equivalents of Dupont Circle and Metro Center.

Those of us living in the D.C. area remember the October 2002, “Beltway Sniper.” Two guys with one gun and an old car terrorized us all.

John Allen Muhammad and Lee Boyd Malvo, after a crime spree across the South, drove here and randomly shot thirteen people sniper style, killing ten. After the first shootings, fear took hold. We avoided going outside. Gas stations put up tarps to hide customers pumping gas. Schools canceled outdoor recess and field trips, shielding children getting out of or on to school buses. One night, our son called from college in a panic: “Is mom okay?” One of the killings — a woman — occurred in the parking lot of my wife’s favorite Home Depot.

Creating widespread panic, it seems, is child’s play, and the Paris attacks have produced the inevitable and predictable reactions. Across France, people are engaged in anti-Muslim protests. Anti-immigration parties across Europe are expected to dominate in national elections in the coming months. Walls are being built; boarders are being closed; President François Hollande declares that France is now at war with ISIS.

Meanwhile in the U.S., “Orlando Muslim family claims it was targeted by gunfire.” Mosques claim they’ve received bomb threats. Presidential hopeful Donald Trump calls for a “study” of U.S. mosques with the option of forcibly closing some. Half of U.S. governors refuse to allow Syrian refugees to settle in their states including Alabama Governor Robert Bentley who, according to the Washington Post, said, “As your Governor, I will not stand complicit to a policy that places the citizens of Alabama in harm’s way.”

Even more frightening is counter-terrorism expert Harleen Gambhir’s argument that these reactions play right into the hands of the Islamic State. “The Islamic State’s strategy is to polarize Western society,” writes Gambhir. “The group hopes frequent, devastating attacks in its name will provoke overreactions by European governments against innocent Muslims, thereby alienating and radicalizing Muslim communities throughout the continent.” Through this strategy, she writes, the Islamic State “seeks to set conditions for an apocalyptic war with the West.”

And that, oddly enough, brings me to the as yet unnamed Christian feast. This Sunday, the last of the Church Year, we celebrate the Feast of Christ the King.

The feast has only been around since 1925 when, in light of World War I, the Russian Revolution, the rise of Benito Mussolini and his fascists in Italy and unrest elsewhere in Europe, Pope Pius XI established a day to focus on Christ who alone is our Sovereign, who rules absolutely, and who will surely come again as King and Judge. Anglicans, Lutherans, Presbyterians and Methodists later added the feast to their calendars as well.

The pope hoped the annual celebration would accomplish three things. First, that it would reinforce religious liberty. The Church, he wrote “has a natural and inalienable right to perfect freedom and immunity from the power of the state; and that in fulfilling the task committed to her by God of teaching, ruling and guiding to eternal bliss those who belong to the kingdom of Christ, she cannot be subject to any external power.”

Second, he wrote, “Nations will be reminded by the annual celebration of this feast that not only private individuals but also rulers and princes are bound to give public honor and obedience to Christ. It will call to their minds the thought of the last judgment wherein Christ, who has been cast out of public life, despised, neglected and ignored, will most severely avenge these insults. …”

Finally, Pius believed that Christians “by meditating upon these truths, will gain much strength and courage, enabling them to form their lives after the true Christian ideal.”

We need this feast today as we struggle for religious liberty even in the United States, confront threats of bloodshed and carnage across the globe and at home, and seek to grow in the knowledge and love of God during frightening days.

And while I know Thanksgiving is coming, this Sunday, invite your friends, kill the fatted calf, get out the good china and turn your eyes to the King of Kings.

A Messianic Jewish Reflection on Antisemitism