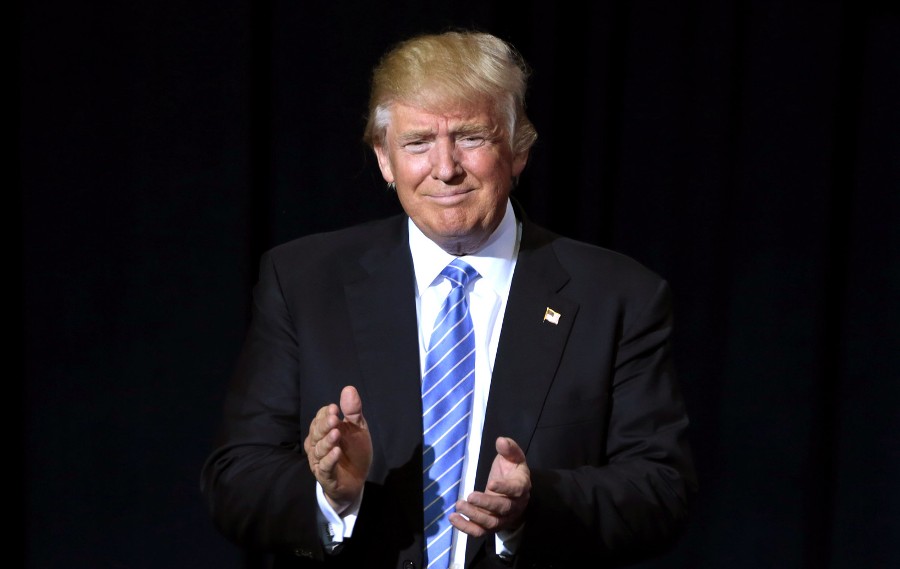 As if the final hours before Election Day could get any more frenzied.

Donald Trump may well announce tonight at his Ohio rally for J.D. Vance that he is running in 2024.  Or so several outlets are reporting.

NEW: A source close to President Trump tells me it is basically a "coin flip" as to whether Trump announces his run for President tonight. No final decision has been made on the possible announcement tonight. @DailyCaller

“There’s a lot of back and forth right now, no one really knows if it’s going to happen tonight or if it’s going to happen in a week or so,” a source told the Washington Examiner.  “Trump himself is the one who wants to do it ASAP. No one knows right now whether it’s happening tonight or not.” The New York Post echoes the reporting saying Trump is telling close allies he may announce tonight, but has not made a final decision.

Word on Friday was that Trump was thinking about announcing on November 14 … not coincidentally, the day he was supposed to appear before the January 6 committee. But Jonathan Swan of Axios reports Trump seems to be speeding up the timetable.

Based calls/texts all morning, Trump/Vance rally in Ohio will be v closely watched by Rs. Speculation has reached a point of absurdity at this point but many Rs of varying degrees of closeness to Trump are anticipating accelerated announcement based on his recent private comments

And last night in Miami, as Newsmax noted, he said “stay tuned tomorrow night in the great state of Ohio” as part of his 2024 tease.

Adding some credence to the story: Florida Rep. Matt Gaetz, who’s tight with Trump, is encouraging 45 to announce tonight.

To all the press texting & calling me:

His candidates won the primaries

And we are going to win BIGLY!

As of 1 p.m. Eastern there is no indication from Trump on Truth Social that there’s anything special going on tonight. Just his regular call for same day voting and paper ballots.

And the Rain Came Down

At his rally in Miami Sunday afternoon, Trump indicated that he’d have news to share very, very soon. As he wrapped up his speech, the skies opened up, drenching the former President and the crowd as he laid out the troubles facing the nation. Rain pouring, music soaring, Trump promised a return to America’s greatness.

“We are a nation that loves to be rained upon.”

When he finished, Trump looked upward and blew a kiss to heaven. A spontaneous thank you.

Concluding his remarks to a Miami MAGA rally in a rainstorm, Trump blows a kiss to the heavens … pic.twitter.com/3J7AejISuA

Announcement or no announcement tonight, in that gesture, in that moment, you knew Donald Trump’s race has begun.

On the Jennifer Rubinization of Liz Cheney