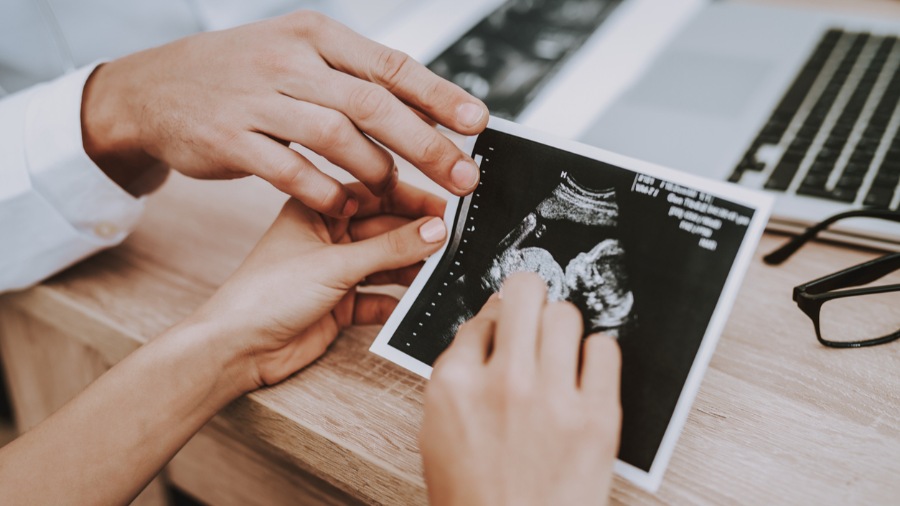 Is there a ‘scientific case’ against abortion? Not exactly, and pro-life advocates would be wise to use caution before saying so — even though it’s tempting to go there. Yes, science can contribute to a case against abortion, but it is a mistake to think it can take us all the way there.

There’s a common perception that science reigns supreme over other fields of inquiry; that scientific truths are superior to all other kinds of truth. Other disciplines like philosophy or theology are dismissed as speculative and non-factual. So, perhaps attempting to make their case sound more credible, some well-meaning pro-lifers wrongly label their case as “scientific,” not understanding that science plays only a partial role in it.

The Domain of Science

The domain of science concerns empirical claims. “Water boils at 100°C” would be an example of a claim whose truth can be tested by the scientific method. Several other kinds of claims fall outside the purview of science. These include logical, mathematical, metaphysical, and moral claims.

So the scientific method can reveal nothing about the truth of moral claims. Science can tell us the exact properties of Zyklon B, but it cannot tell us whether its use during the Holocaust was unethical. It was, but that knowledge can’t be tested in a lab; it’s something we know through ethical reasoning.

Moral naturalists like Sam Harris try to sidestep this by redefining morality in terms of what they claim is scientifically quantifiable: the well-being of conscious creatures. But even if one granted that well-being could be quantified, one could still raise the question, “Why is maximizing well-being a good thing?” However one answers this question, that answer cannot be empirically verified. Any such attempt is bound to face the same problem. Thus, it is safe to conclude that science has nothing to say about the truth or falsity of moral claims.

For this reason, there cannot be a completely “scientific case” for the moral claim, “Abortion is morally wrong.” Anyone who suggests otherwise is attributing abilities to science that it does not have.

However, this does not mean that science can play no role in making a case against abortion.

So, Where Does Science Come In?

Consider the following pro-life argument, versions of which are popularized by the likes of Peter Kreeft, Francis Beckwith, and Scott Klusendorf:

This is deductively valid reasoning, meaning, if you can show that its premises are true, the conclusion must be true.

Assume that your pro-choice opponent is willing to accept the truth of Premise 1, but not that of Premise 2. Suppose they say, “The fetus is not a human being. It is merely a clump of cells, the removal of which is medically referred to as an ‘abortion.’” What do you do?

The Appeal You Can Make

Here you can appeal to science. You can point to the long-established fact that human life begins at conception. You can point to several highly reputed textbooks, authored by prominent embryologists, that acknowledge this to be so. Since the fetal stage comes after conception, the fetus too must be a human life. It must also be an innocent human life, since it is incapable of doing intentional harm. Elective abortion, then, must involve the intentional killing of an innocent human being.

Thus, science can play an important role in making a pro-life case. The science of embryology provides us with compelling evidence for the truth of Premise 2, which then leads to the pro-life conclusion.

Yet, we must recognize that science takes us only so far. Its knowledge contributes only to Premise 2, not Premise 1. For science has nothing to say about whether killing an innocent human being is morally right or wrong. Such judgments fall under the domain of bioethics, a field of philosophy, not science.

Hence, the pro-life reasoning above cannot be called a “scientific case” against abortion, even though it leans heavily on science to support one of its premises.

Why Does Any of This Matter?

We do suffer the temptation to make our claims “scientific,” thinking scientific knowledge is better, more assured than other knowledge, or even that it’s the only solid source of knowledge we have. J.P. Moreland points out, however the idea that scientific truths are superior to any other kind of truth refutes itself. For it’s not a scientific truth itself. In fact, it is a philosophical claim!

In fact, moral reasoning is required either way, for there’s also no scientifically verifiable test for whether women should be allowed “choice.” In either case it is a moral argument. There can be no strictly “scientific case” either way.

George Brahm is a philosophy student and pro-life advocate based in Canada. He runs Cogent Christianity, a group blog on theology, philosophy and cultural issues, as well as the popular YouTube channel “Apologetics ThugLife.” You can find him on Twitter at @GeekPhilosopher.