Is the Biggest Problem in the American Church Love of Country? 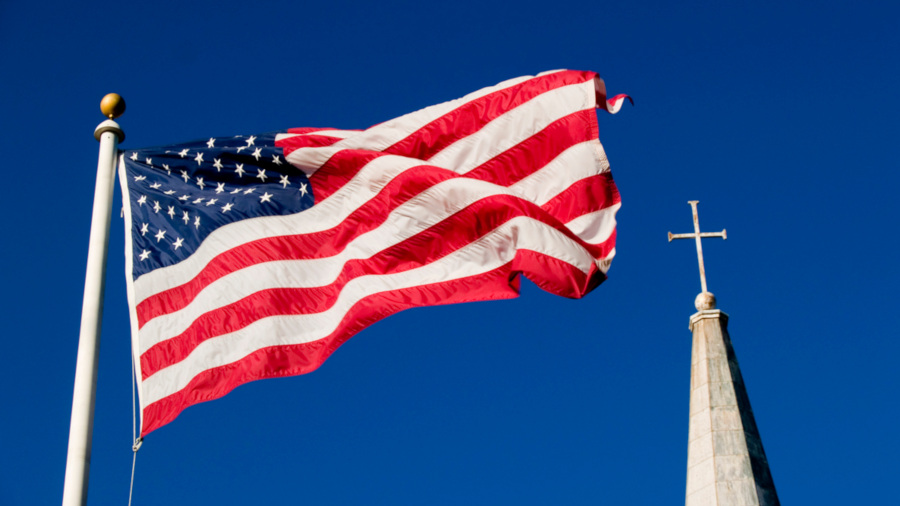 A post I saw on social media read: “The largest problem with the American church is that it is American before it is the church.”

I don’t want to read too much into this post, but with the complete failure in Afghanistan, the rise of CRT, and the increasing disdain for America, the timing of it seems to reveal a political bent. There is too much at stake to remain silent.

Are there people at the other extreme elevating America above God? Of course, but why throw many Christians under the bus? Why throw the baby out with the bath water? Why not clarify our positions instead of leaving them open to wrong and misguided interpretations?

In my opinion, these types of posts are political rants by those caught up in the “woke,” politically correct church. They disdain Trump but say nothing about Biden’s clear destruction of our nation and its God-given foundation. They are influenced more by TikTok than God’s clock, more by Hollywood than the Holy Spirit, more by the liberal media than by the literal meaning of Scripture.

The biggest problem in America is sin and the absolute failure in the pulpit to proclaim all of God’s truth in the power of the Spirit. “Woke,” politically correct leaders are a major part of the problem. They don’t call out sin or call the nation to repentance. Sadly, it appears that many of these pastors are not spending sufficient time in prayer while looking to God‘s Word for strength, direction and boldness. Instead of allowing brokenness and humility to guide them, they often choose cowardliness and political correctness. They are “woke,” but asleep to the things of God.

The biggest problem in America is sin and the absolute failure in the pulpit to proclaim all of God’s truth in the power of the Spirit. “Woke,” politically correct leaders are a major part of the problem.

The more concerning issue is that most who support the types of posts mentioned above also embrace liberal theology. Isn’t that interesting? This group typically has a problem with the inerrancy of Scripture as well as difficult truths, such as repentance, judgment, and sin. They also welcome anti-scriptural agendas: the LGBTQ onslaught comes to mind.

Again, love of country is not the problem (God wanted Israel to be thankful for their nation); love of sin is the problem. Many pastors are more worried about the opinions of men rather than God’s opinion. They tickle the ears but never challenge the heart. In the last days, people will actually be drawn to these types of leaders: “For the time is coming when people will not endure sound teaching, but having itching ears they will accumulate for themselves teachers to suit their own passions” (2 Timothy 4:3 ESV).

Sadly, we think if our posts generate a hundred “likes” and fifty “amens” that we must be doing God’s will. Be careful here: “for they loved human praise more than praise from God” (John 12:43). The spiritual condition of those who applaud anti-America, politically-correct posts is often not in a healthy state. A quick glance at their walls, feeds and threads will bear this out.

Here is My Out

The “out” for many pastors to remain silent is to say, “I’m just not political.” But God has given us a wonderful gift known as America. Its government isn’t bad or good; the people determine its success or failure. Why would God ordain the concept of government and then not want us to steward His gift? Many have been guilty of not getting involved by saying, “We shouldn’t say or do anything political. All we need to do is preach the gospel.” Be careful. Although the gospel is our primary focus, this shouldn’t be an excuse against taking action.

Please understand: I take no joy in writing this, but we are at the crossroads in our nation. Those remaining silent are the ones who should be speaking the truth in love. Our kids are looking for direction, people are searching for hope, and our nation is in desperate need of bold and godly leadership. Silence simply leaves the battle for the next generation.

Our only hope is to have men and women on fire for God, and those flames are only stoked in the prayer closet. Boldness for the truth comes from persistent prayer, unconditional brokenness, and complete surrender to the will and Word of God.

If this article upset you, please take it to the Lord and ask if He wants you to refocus and re-prioritize your life. Ask Him if you’ve pulled up the anchor of truth and are drifting toward the rocks of political correctness. There is still time to humble yourself and re-anchor to the Rock.

If you love this article and can’t wait to post and share, please examine your heart as well. Pride is just as deadly as carnality. Jesus’ fierce words were often against the prideful. If we are to see a genuine move of God (which is the only hope for our nation), then we must humble ourselves and confess our pride: “Pride must die in you, or nothing of heaven can live in you” (Andrew Murray).