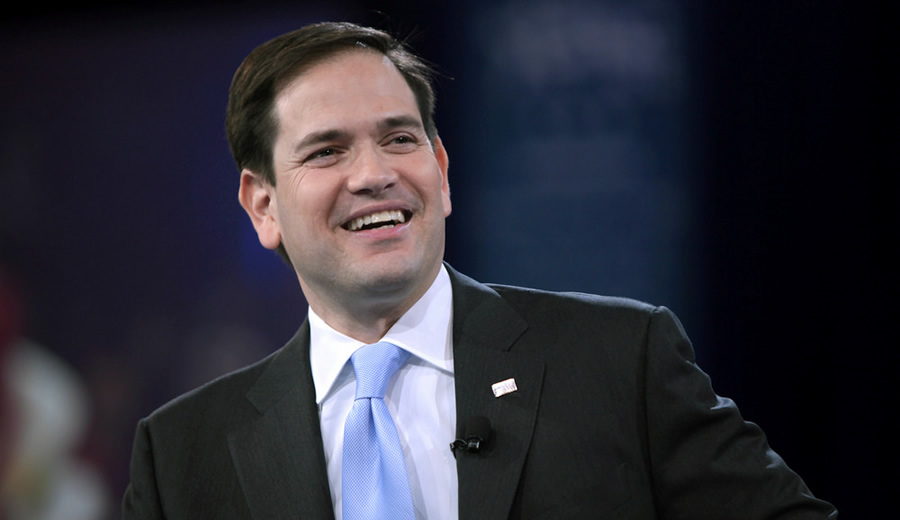 As conservatives look to find their places politically in a landscape transformed by the success of Donald Trump, Senator Marco Rubio has stepped up. He offers interesting and substantive contributions to our current debate. Both in an article for First Things, and a major speech reprinted in The Public Discourse, Rubio has tried to rebrand himself.

Instead of repeating the hoary, half-sincere slogans popular among other neoconservatives, Rubio has dug deeper. Tapping into the current populist turn in our politics, Rubio speaks of the common man and the common good. He points to crucial truths too often ignored among establishment conservatives, until recently.

Remember the old joke about capitalists selling the rope that socialists will use to hang them? The Chamber of Commerce types are doing exactly that.

Importing a Socialist Voting Base

All these insights matter. I’ll add a few, which Rubio didn’t mention.

All of this is true. If you want a thriving economy and a free society, you must pay attention to the social “pollution” that arises from the powerful, amazing engine that is the market economy. Even if all you cared about were the survival of capitalism, you’d need to do that. Because ignoring those social costs will only hand political power to dead-set enemies of freedom such as the newly popular socialists.

If I might boast for a moment, I was thinking about all these issues a long time before today’s critics of “liberalism,” (defined as free market, small government philosophy). I wrote the first book in English on Wilhelm Röpke, back in 2000. He’s the free market economist and social philosopher behind the German economic “miracle.” A keen student of Ludwig von Mises and a friend of Friedrich Hayek, Röpke revered the market economy. He called it the only system worthy of the dignity of man as a child of God.

The Government Can’t Do It

But Röpke also took thought for the market economy’s long-term survival. Having seen his fellow Germans reject it for National Socialism (Röpke was the first professor fired by the Nazis for his ideas), he worried. He knew that the human animal cannot stand too much economic efficiency. At least, without some buffer in the form of strong, non-government institutions. Such as the family, the church, social clubs. Think of all the free institutions de Tocqueville admired in America. Röpke knew that government programs were no substitute for organic, free human cooperation of that kind. But the government cannot create such cooperation. In fact, it only hinders it.

Big government programs such as Social Security, for instance. I’ve written elsewhere, at length, on how destructive this entitlement is. It replaces the ancient duty of children to care for their aging parents with impersonal checks from the government. Worse, it effectively penalizes people with large families, and rewards the childless. But it depends on people having healthy-sized families, to pay into the system. In other words, it’s a Ponzi scheme. A sober conservative would seek, long-term, to replace it. How? With something more natural that doesn’t saw off the limb it sits on. In 2003 I proposed that in the future, our Social Security taxes should go not into some general kitty that everyone draws from. No, they should go directly to our parents, when they retire. So people with large, successful families benefit from that. Those who spent money on vacations instead of diapers and tuition? They ought to look to their own 401k plans, not taxes on the salaries of other people’s children.

The State Must Get Out of the Way

As Röpke prescribed, we should intervene in the economy only carefully and minimally. We should buffer the side-effects of the magnificent wealth-creation engine that is the market. But keep to a bare, politically sustainable minimum any measures that grossly distort the price system, force wasteful spending, or feed the social dysfunctions we’d hoped to remedy.

I worry that Rubio might be listening to advocates of paternalism, who think that controlling the market politically can solve our social problems. (See this brilliant paper on how such paternalism infects much of “Catholic Social Teaching” before Pope John Paul II.)

In fact, the truth is almost the opposite. The worst side-effects of modern social disintegration get enabled and institutionalized by massive federal programs. We accept pseudo-libertarian arguments for this or that destructive reform (such as no-fault divorce), then reach for government spending to clean up the mess it makes.

Instead, we ought to be looking at where we can prune away programs that enable self-destructive behavior. At repealing laws that damage churches, replace parents with strangers, and otherwise make it easy to indulge in modern vices, like pornography.

We must take with deadly seriousness the fallenness of man. And remember that government bureaucrats and politicians are as fallen as any businessman or investor. Instead of constructing vast, wasteful Rube Goldbergs to spray taxpayer money at social problems, we should rip out the laws and reverse the policies that exacerbate those problems. Then count on people, in families and other free groups, to fix those problems themselves.

John Zmirak is a Senior Editor of The Stream, and author of Wilhelm Röpke: Swiss Localist, Global Economist (2000), among other books.