Is Kamala Harris Eligible to be President? One Scholar Says No, But She Is

Trump had been bashed for saying "I don't know about it. I'll take a look." (Though he did also say his campaign wouldn't push it and he assumed the Biden campaign had already vetted it.) 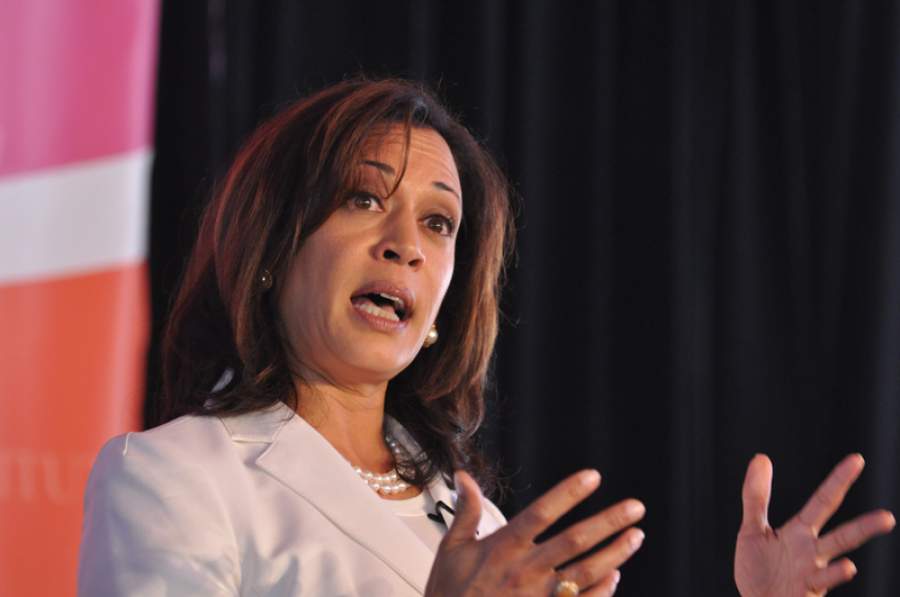 As a law professor, I would tell my students, “Don’t substitute adjectives and adverbs for arguments.” In other words, do not simply say that X is preposterous or that Y is clearly correct. Show me why this or that is the case. My law students generally got the point.

Unfortunately, most commenting on the Newsweek opinion piece by Professor John Eastman have not. Eastman was addressing Kamala Harris’s eligibility to be president. The current president is being bashed for failing to quickly denounce Eastman’s theory.

It does take a bit of time to understand why that is so, though. Unfortunately, instead of providing relevant legal quotations and logic, the media hounds have chosen to simply howl out terms like “racist” and “birther.”

But here, Trump was asked a question at a press conference. He eventually responded by saying, “I don’t know about it. I just heard about it. I’ll take a look.” Jumping from that to the CNN headline “Trump’s Baseless Birther Lie” seems a stretch.

Numerous other media outlets were also fully apoplectic. Some Newsweek employees declared Eastman’s piece “racist” and “dangerous.” Newsweek eventually prefaced the piece with a lengthy apology. The Biden campaign put out a statement calling the president’s response “abhorrent.” In short, there were lots of fiery adjectives and adverbs, but not many evidence-based arguments to bolster the loud conclusions.

The Evidence She Does Qualify is Valid

Yet, the conclusion that Kamala Harris is constitutionally qualified to be president has a lot to support it. Conservative legal scholar Eugene Volokh, has a thoughtful and concise reply. (Eastman criticized his friend Volokh in his original piece.) The nonpartisan Congressional Research Service (CRS) also produced a lengthy 2011 treatment on presidential qualifications. I have read those and more. I strongly conclude that Harris is qualified. Following my own advice, let me tell you why.

The Constitution requires that the President be a “natural born citizen.” Eastman does not question that Harris was born in Oakland in 1964. While Harris was certainly born in the U.S.A, Eastman argues that alone is not enough to make her a “citizen.” The Fourteenth Amendment defines that important term by saying “all persons born . . . in the United States, and subject to the jurisdiction thereof, are citizens.” Eastman emphasizes the “and subject to the jurisdiction thereof” clause.

Harris’s parents were here on student visas. Eastman argues that those under such short-term authorizations are not subject to the complete jurisdiction of the United States. He claims that only “a partial jurisdiction . . . applies to anyone temporarily sojourning in the United States.” As historical evidence, he cites a World War II guest worker program that did not provide citizenship to the workers’ offspring.

Thus, the theory goes, if Harris was born in the U.S. to two temporary aliens, she may not be a citizen at all. She would not be eligible to be vice-president. And unless she was naturalized, then she would not even be eligible to be a senator. Eastman is essentially claiming that Harris is an illegal alien. She is not.

So, why is Eastman wrong? First, as Volokh points out, the term “natural born citizen” was synonymous with “natural born subject” from the English common law. The influential legal commentator William Blackstone was a source very familiar to the American founders. He addressed the basic question this way: “The children of aliens, born here in England, are, generally speaking, natural-born subjects, and entitled to all the privileges of such.”

That tradition continued on this side of the Atlantic. Importantly, it was applied to temporary visitors. The CRS opinion summarizes an influential 1844 New York court decision named Lynch v. Clarke. It “concluded that all persons born in the United States, even of alien parents who were only here temporarily, had ‘natural born’ citizenship status.’” Later, in 1862, U.S. Attorney General Edward Bates wrote in a formal opinion, “I am quite clear in the opinion that children born in the United States of alien parents … are native-born citizens of the United States.”

Slaves born in our country were treated with a hypocritical and cruel double standard. But someone like Kamala Harris, born of free alien parents, would have likely been seen as a “natural born citizen” even before the Civil War.

After the Civil War

Sadly, after the Civil War, racism still reared its head against blacks and others. The Chinese Exclusion Acts barred legal Chinese immigrants from becoming naturalized citizens. But what of their children born here?

The Supreme Court took up that question in the case of United States v. Wong Kim Ark in 1898. Mr. Wong was a 21 year old man born and raised in America. Yet, he was refused re-entry when he returned from a visit to China. The Court made an exhaustive examination of natural born citizenship from its English common law roots onward. In the end, the Supreme Court held that Wong was indeed a citizen.

Along the way, the Court favorably noted a case stating that one born in England was treated as a subject “whether the parents were settled or merely temporarily sojourning.” The only exceptions were those children born to diplomats or to hostile occupying soldiers. In fact, the Court pointed to multiple cases making these points. It was “beyond doubt” that this was the law in America for white children prior to the Fourteenth Amendment.

Then, through the Fourteenth Amendment and the Civil Rights Act of 1866, “the fundamental principle of citizenship by birth . . . was reaffirmed in the most explicit and comprehensive terms.” That principle was expanded to people “of every race and color.”

Ruling Out the Exceptions

True, there was an exception in the statute for certain members of Indian tribes. The complexity of Native American citizenship is largely a story for another day. Suffice it to say that the “and subject to the jurisdiction thereof” clause of the Fourteenth Amendment had previously been used to deny citizenship to an Indian man. Eastman notes this case as supportive of his theory about Harris.

Thus, in 1898, there was indeed a possibility that the role of Eastman’s highlighted clause might be expanded further. That expansion might have been consistent with what Eastman now proposes. However, the Court clearly rejected that option.

The Court stated instead that the “real object” of the clause was simply to exclude “children born of alien enemies in hostile occupation and children of diplomatic representatives.” (Harris is clearly neither.) Again, this had long been the case under common law. The point of the clause, it concluded, was “not to impose any new restrictions upon citizenship.”

Eastman may disagree with the decision. But all of the cases that he relies on for support were directly discussed in the Wong Kim Ark opinion. The chances of the Supreme Court today taking back what it said in 1898 are slim to none.

Also, the historical anomaly that Eastman notes appears to be just that — and perhaps an unconstitutional one. The Bracero Program for temporary Mexican workers ran from 1942 to 1964. Eastman suggests that children born in the United States under the program were properly denied citizenship. But the Smithsonian affiliated Bracero History Archive asserts that “[m]any US-born children of Mexican braceros were wrongly repatriated.”

There has been no Supreme Court case to decide the question. This is thin thread on which to hang a big claim — that all children of legal international college students should be denied citizenship.

Remember When John McCain’s Citizenship Was Questioned? The Media Doesn’t.

Newsweek may have made a mistake in publishing a piece with so little to back it up. But this is certainly not the first time questions surrounding the presidential qualifications clause in the Constitution have been raised. The Michigan Law Review was among those outlets that questioned John McCain’s qualifications because he was born in the Panama Canal Zone. Lawsuits were filed to try and keep him off the ballot. None succeeded.

Yet, I do not remember quite the same indignation from the press. The issue was largely ignored. This issue could have been ignored too.

It wasn’t. Instead, a non-committal answer to a far-from-required question was breathlessly turned into “a new low,” as CNN’s Jim Acosta would put it.

The President said he would “take a look.” He has plenty of smart attorneys who can quickly do all the research that I have done. It should soon be clear to the White House that there is not much “there” there. Then a clear statement should be delivered to put this issue to bed. If, on the other hand, President Trump tweets about it improperly, then Christians should be the first to call him out.

John Murdock is a former law professor and a practicing attorney in Boise.