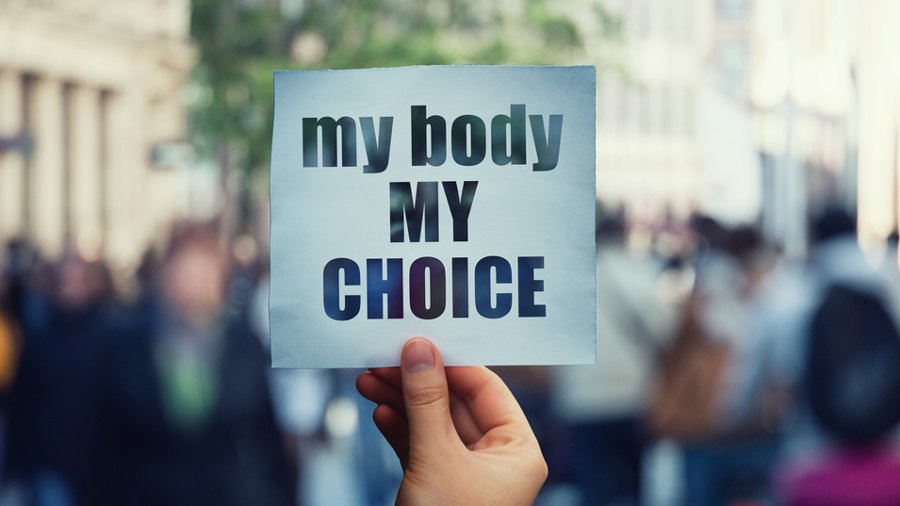 No decent person would say otherwise. And nothing in what follows is intended to justify it. But one common pro-abortion argument is like justifying rape.

On October 5, 2021, actress Jennifer Aniston criticized anti-abortion laws on Twitter. “No Uterus, No Opinion,” she tweeted. Transgender advocates claim that a person with a uterus can be a man. But this claim is very controversial, not to mention contrary to biological reality. If we ignore it, then only a woman has a uterus. So Aniston was saying that only a woman should be allowed to have an opinion about abortion.

From 1964 to 1998 I worked from time to time as a clinical laboratory technologist. Part of my job was to collect blood samples from two-to-three-day-old newborns. The samples were used to test for phenylketonuria (PKU). A baby with PKU cannot metabolize an excess of the amino acid phenylalanine, a necessary nutrient in the human diet. The result is a build-up of toxin that can lead to mental impairment. If PKU is detected early, however, the child can be fed a special diet. If the diet contains only the minimum amount of phenylalanine, mental impairment can be averted.

I would routinely collect a drop of blood from a newborn — even if it was premature — by sticking a small, sterile metal blade into its heel. That blood was used to test for PKU. Every time I did this, however, the newborn would scream at the top of his or her tiny lungs. It would also flail around uncontrollably. Clearly the baby felt pain.

Not even morphine can block the pain of a heel stick in premature newborns. A 2009 Italian study reported: “Scientific research in recent years has continued to confirm that neonates, especially when preterm, are more sensitive” to pain than older children. And a 2016 American study noted that premature babies have “an exaggerated acute response to pain” compared to babies born at full term.

So unborn babies older than 22 weeks (gestational age) are certainly able to feel pain. The method most commonly used to abort them is “dilation and evacuation” (D&E). The mother’s cervix is dilated, and metal forceps are inserted to dismember the baby. The pieces are then sucked out until the baby’s entire body is removed. According to medical ethicists, babies should be given painkillers before a D&E.

In 2015, Montana State Representative Dr. Albert Olszewski introduced legislation requiring this. (The legislation passed but was later vetoed by the governor.)

The Washington Post reported on the debates preceding passage of the legislation. Montana State Representative Jenny Eck opposed the law. “I’m sorry if women’s bodies get in the way of some people’s political beliefs,” said Eck. “But that’s the way it is. And until men can carry babies or artificial incubators can build babies, you’re stuck with that reality: that women have our own rights, our own lives, our own wills.”

So Eck, like Anniston, argued that only a woman is allowed to have an opinion about what she does with her uterus and its contents. Even if those contents include another human being. And even if she chooses to have that human being killed.

Turning the Argument Around

One could just as well argue that only a man is allowed to have an opinion about what he does with his penis and its contents. Even if he chooses to rape and impregnate another human being. No penis, no opinion. This is a reductio ad absurdum — reducing an argument to an absurdity.