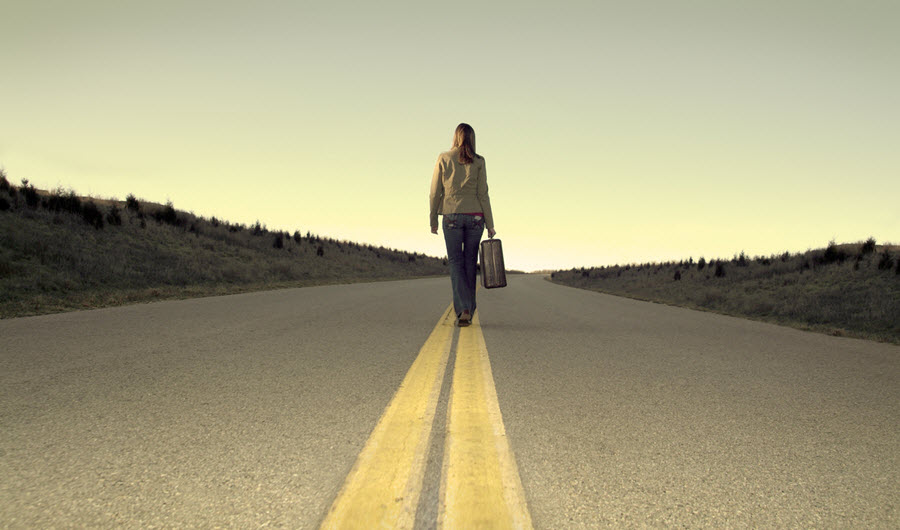 We all have a built-in survival instinct for either fight or flight. When an opponent is too ominous to reasonably expect to win a confrontation, our internal desire tells us to fly away. The psalmist David speaks of such a temptation in Psalm 11:

In the Lord I take refuge; how can you say to me, “Flee like a bird to the mountains; for look, the wicked bend the bow, they have fitted their arrow to the string, to shoot in the dark at the upright in heart. If the foundations are destroyed, what can the righteous do?” (Psalms 11:1-3 NRSV)

David is incredulous that such a solution would be considered by anyone who takes refuge in the God of Israel. Yet today, we still find ourselves looking for ways to get away from the enemy’s attack. Many Christians face overwhelming threats and are resorting to escapism in its various forms. Some escape psychologically by using drugs, being immersed in pleasure, distracting ourselves with busyness, or allowing ourselves to be captivated by endless conspiracy theories.

We are aware that there is an invisible war going on, and that our weapons of prayer and proclamation empowered by unstoppable love from God will win in that war.

Philosophically, we take flight by adopting a false form of pacifism fueled by fear and a misunderstanding of humility. Theologically, we flee by entertaining futuristic eschatology that promises a rapturous escape from tribulation. Politically, we naively dismiss the reality of evil and seek ways to just get along while denying justice and placating the status quo.

The Whole Earth is God’s Temple

David goes on in his writing to remind us that the God who created everything is still in His temple, and that He rules from His heavenly throne. God chose to meet personally with Israel’s representatives in a temple on earth, but the scriptures depict the whole earth as a temple where God dwells, and where He works through humans to fulfill His purpose for creation. His heavenly perspective allows Him to examine everyone and everything, and His gracious sovereignty enables Him to rule without violating the dignity He gave to His human partners.

God hates wickedness. It robs His beloved of joy and usefulness. It distorts His design and thwarts His plans for beauty. Those who align with Him also hate wickedness, and cannot fly away leaving evil to pervert God’s good earth and its people. Sure, we tremble at the roar of the enemy’s lion. We are tempted to run. We can even find narratives that seem to justify the abandonment of the mission. But those who behold His face cannot run, fly away, or buckle under the tyranny of evil.

We know we are God’s people representing Him on earth, and that His resources are available to us. We know that evil will not prevail on the earth. God will certainly destroy the destroyer and his destructiveness. We also know that He is at work even now. The ultimate source of light came to the earth as God’s Son. He called disciples and filled them with the light of His life. Those disciples multiplied, and we are now pushing back the darkness wherever we go.

Not Flesh and Blood, But Still a Fight

Some have been detoured to fight the wrong battles and have misidentified the enemy. However, we who continually behold His face (Psalm 11:7) will leave vengeance to the righteous Judge. We will boldly engage in prayer, being confident in His faithfulness to respond. We will employ the indestructible weapons of love and truth. We will refuse to fight flesh and blood, but we won’t refuse to fight. We are aware that there is an invisible war going on, and that our weapons of prayer and proclamation empowered by unstoppable love from God will win in that war.

Taking a clue from Adam and Eve, we will tend our own gardens and expand them as we reproduce children (disciples). We will not run away or wish we could fly away. We were sent by the One who has all authority in heaven and earth. Commissioned by the Lord of the armies of heaven, we will not go AWOL.

We will show up to pray, stand up to speak, and never give up until God’s love has eradicated evil.

Fly away? No way.