Is Impeachment the Only Story?

As the House votes to formalize it's impeachment inquiry, the writer wonders whether the real business of the American people is being ignored. 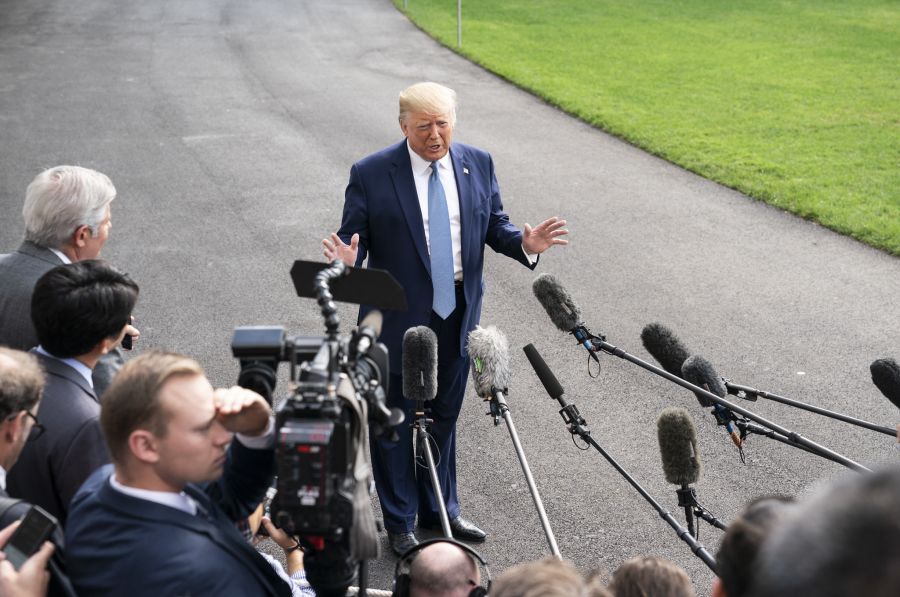 For months I’ve felt it. My frustration grows each time I wade through the day’s news, looking to learn about the critical policy discussions going on in our nation’s Capitol. Time and again, what I find instead are a gutful of stories about political intrigue and scandal. Most recently, of course, they focus on efforts to impeach President Trump.

Is Impeachment All That’s Going On in the Capitol?

Don’t get me wrong; of course the people need to know about government scandal. I understand that impeachment is a big deal. But does it require that all other government work grind to a halt? That is certainly the impression one gets after reading a typical newspaper.

For instance, in Wednesday’s Washington Post, an eye-glazing six news stories focused on the effort to impeach Trump. And that’s before counting two op-eds.

In Wednesday’s Washington Post, an eye-glazing six news stories focused on the effort to impeach Trump. And that’s before counting two op-eds.

I decided that I needed to learn what else was happening — if anything. I wanted to find out whether the lack of reporting on lawmaking was a reflection of reality. I know we talk about government gridlock and a Congress that fails to address the nation’s problems. But can it be that our elected lawmakers are literally doing nothing but investigating the President?

The Work We Don’t Hear About

Finding out what’s happening at the Capitol is remarkably easy these days. Anyone with internet access can go right to Congress’ website for a listing of committee hearings and bills scheduled for debate. When I did so this week, I was pleasantly surprised to see that the people we pay an approximate $174,000 each year are, in fact, doing things.

Some of these things do get the occasional mention in the press. But not many. This week, for instance, the House has been discussing how to deal with federal land in Arizona, Colorado and New Mexico. The Senate considered a bill to increase the maximum penalty for minors convicted of stalking. But if media coverage is any measure, none of these issues bears even a fraction of the importance of the partisan political battle playing out on the main stages of Washington, D.C.

So why the overwhelming focus on the behavior of politicians instead of policy? After all, the United States is said to be a “nation of laws,” and not a “nation of men.” If that is still our ideal, then surely the media should be helping citizens focus more on proposals for law than on leaked text messages and phone calls.

At this point I can almost feel my more cynical readers rolling their eyes at me. They’re thinking, “Of course. The liberal news media hates President Trump and can’t let a day go by without dragging him through any mud they can find. Are you really surprised?”

It takes a lot of work to be an engaged citizen. It requires that we know enough about the substance of public policy issues to form opinions based on reason.

Over 30 years ago, Neil Postman warned us that the primary danger we confronted was not of becoming like the society of George Orwell’s 1984, but rather of becoming like that of Aldous Huxley’s Brave New World. As Postman summarizes, “What Orwell feared were those who would ban books. What Huxley feared was that there would be no reason to ban a book, for there would be no one who wanted to read one.” In other words, Huxley feared that we would become a people obsessed with the trivial.

To Hold Elected Officials Accountable, We Must be Informed on Their Work

We’re a culture drowning in on-screen entertainment. It’s hard for congressional policy debates to compete with the entertainment value of Game of Thrones or our friends’ latest Facebook posts. So some major media outlets seem to have ascribed to, “if we can’t beat ‘em, join ‘em.” Thus we hear salacious details about dramatic, divisive events in politics — but little about the meat of public policy. This trend is gravely damaging to our Republic.

It takes a lot of work to be an engaged citizen. It requires that we know enough about the substance of public policy issues to form opinions based on reason. It requires us to choose and hold public officials accountable for representing those reasoned opinions well.

LexisNexis projects that next year Congress will consider approximately 1,100 bills. Regardless of what the media does, let’s make it a point to learn what some of them are actually about.