Is Fasting Bad for You? No. Here’s Why. 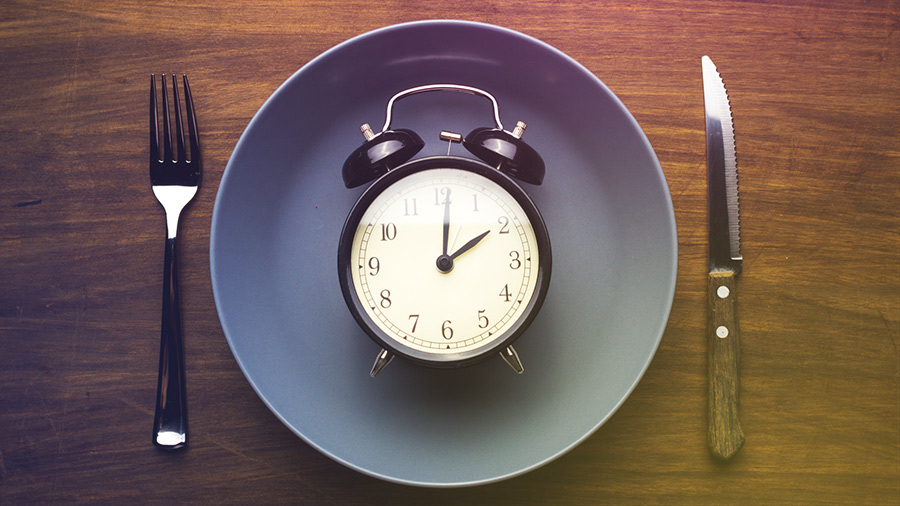 This is the fifth piece in a series on fasting. Read the entire series here.

You may think fasting is bad for you. That’s what I used to think. Sure, once in a while I’d eat a bit less as a time-honored sacrifice — on Ash Wednesday and Good Friday. And I’d abstain from land animal meat on Fridays during Lent. But I was glad I didn’t have to endure the fast of Orthodox Christians — just the vestigial fasts common among Western Catholics.

This isn’t only because I’m a spiritual light weight. I thought real fasting — voluntarily going without food for many hours or days — undid what I was trying to do with exercise and a healthy diet. Fasting would kick me into “starvation mode.” My metabolism would shut down, and my body would shed muscle and store fat.

For years, and for the same reasons, I believed that we should eat lots of small meals throughout the day. Like most people who read the news, I knew that insulin and blood sugar have something to do with body composition. I also believed that grazing helps level out blood sugar so it doesn’t have jarring spikes and drops. In addition, it gives your muscles a nice stable protein feed, so they don’t flee from your body like rats leaving a sinking ship.

By the same logic, I thought, I should never skip breakfast. And I never did, except under extreme duress. When I woke up every morning, I ate a feast, to fire up the ole metabolism and save my hard-gained lean tissue.

Hence my fear of fasting.

Now, if you’re trapped in a box and go two months without food, you will lose lean mass — both bone and muscle. But that’s not fasting. It’s torture.

And if you run a calorie deficit for days or weeks at a time, you will be hangry, and your metabolism will down-shift. But again, that’s not fasting. It’s bad dieting.

In the Minnesota Starvation Study near the end of World War II, subjects were put on low calorie, carb heavy diets. They didn’t just lose lean weight. Many became depressed and psychotic. Their body temperature dropped. They couldn’t think straight. They felt weak and cold all the time. And they fixated on food — even in their sleep.

When we think of fasting, we imagine these scenarios because we extrapolate from those bad days when we miss a meal, or bad weeks or months when we go on a diet. That’s a mistake. The Minnesota Starvation Study focused on the effects of long term calorie reduction. It also, unwittingly, tested a low-calorie diet made up almost entirely of carbs. It tells us little or nothing about the effects of fasting.

Proper Fasting is Not a “Diet.”

Fasting isn’t the same as running a calorie deficit, let alone starvation. It’s not what most people refer to as a “diet.” A diet is when you try to get more calories out than you take in, with the hope of losing weight and keeping it off.

Proper fasting is not like that. Done right — for the right length of time and when your body is adapted to use fat for energy (more on that later) — none of these bad things happen.

Your Metabolism Won’t Shut Down.

Prolonged diets drag down your metabolism. Most of them work at first, but then plateau and peter out. That’s one reason most dieters regain all their unwanted weight within one to three years.

During a fast, however, your REE (resting energy expenditure) goes up, not down. In one study, subjects’ REEs went up for three straight days, and only started to slow on the fourth. Even on day four, their metabolism was much higher than it was at the start of the fast.

This makes sense biologically. The human body is well-designed, even this side of the fall. Think of how humans needed to be adapted to the environment for most of our history (not just the last couple of centuries). It would be a bad design if, at the first sign of food shortage, the whole system started to shut down. If our ancestors had such metabolisms, we probably wouldn’t be here now.

In a good design, the body, at least at first, would kick into a higher gear to help with the search for more food. And when it’s working as it should, that’s just what the body does. It secretes energy-boosting hormones like norepinephrine to help you chase down a gazelle or at least a tasty rabbit.

It’s the same story when it comes to fat. A metabolism that winds down at the first sign of hunger would be a really bad design for a body with a lot of reserve energy in the form of fat, which describes pretty much everyone reading this. And guess what? The same hormones that boost energy during a fast also signal the body to draw down the energy reserves on your hips and belly.

Now let’s apply the “good design” idea to muscle. To catch that gazelle, our ancestors needed clear heads (the brain uses a lot of energy), fast muscles, and energy to fuel them. Let’s assume they’ve eaten well and have plenty of fat and muscle, and then the pantry runs dry. Does it make sense that their bodies would start burning muscle for fuel right off the bat? Muscle is mostly zero-calorie water plus protein. Your body needs either glucose or ketones (made from fat) for fuel. So, it would use a good bit of energy just converting muscle protein to fuel. And for the trouble, it could get about 700 calories per pound of muscle burned. Compare that to fat, which packs 3,500 calories per pound.

So, if fasting mimics that need-muscle-plus-more-energy-to-catch-a-gazelle scenario, what do you think happens?

Just what you’d expect. During a fast, the body spares lean mass such as skeletal muscle and burns fat.

Let’s imagine that we are living in Paleolithic times. During the summer of plenty, we eat lots of food and store some of that as fat on our body. Now it is winter, and there is nothing to eat. What do you suppose our body does? Should we start burning our precious muscle while preserving our stored food (fat)? Doesn’t that sound pretty idiotic?

It’s as if you store firewood for a wood-burning oven. You pack lots of firewood away in your storage unit. In fact, you have so much, it is spilling out all over your house and you don’t even have enough room for all the wood you’ve stored. But when the time comes to start up the oven, you immediately chop up your sofa and throw that into the oven. Pretty stupid right? Why would we assume our body is also so stupid?

The logical thing to do is to start burning the stored wood. In the case of the body, we start to burn the stored food (fat stores) instead of burning precious muscle.

How does this work? During a fast, the pituitary gland boosts human growth hormone, the stuff many bodybuilders inject to help them grow muscle. This not only helps our body burn fat. It also helps us spare muscle.

That said, if you’ve been on a more or less constant sugar feed for the last few decades, switching to a fasting lifestyle in one fell swoop can be … unpleasant. We discuss why in the next installment of this series.