Is Church Good for Society? 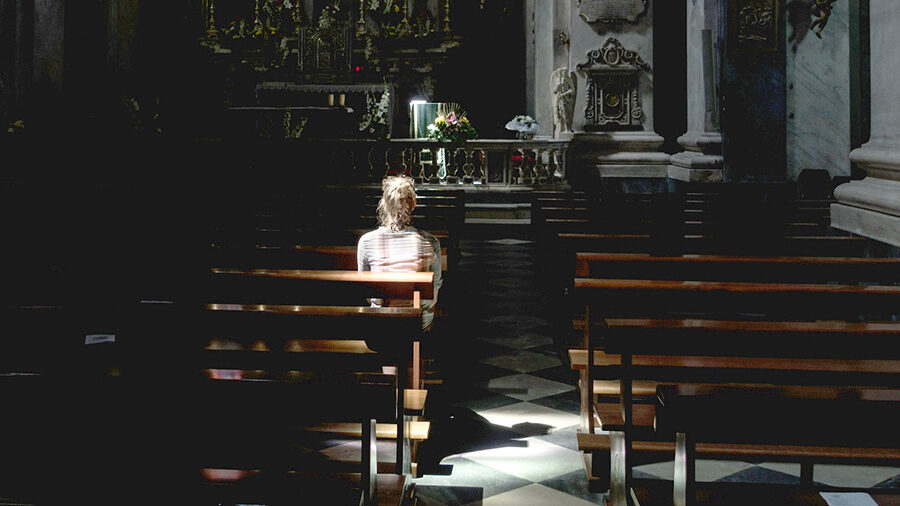 Some leftist government officials, in the name of trying to fight the spread of COVID-19, have come down hard on churches.

He has defined abortion clinics as essential. But churches were categorized as non-essential. Christian legal groups have had to fight with the governor to be able to practice religious freedom, which the Constitution guarantees. Newsom was not alone in his attempt to hamstring the churches.

Virginia Governor Ralph Northam mandated that only ten people could attend church. But not to worry, said the Theologian-in-Chief of the Old Dominion state: “For me, God is wherever you are. You don’t have to sit in the church pew for God to hear your prayers.”

In November, Kentucky Governor Andy Beshear ordered a halt of in-person worship services — even after having been hit with a federal judge’s restraining order earlier this year for doing the same.

All of this leads to an interesting question: What, if anything, do churches contribute to society? Are churches just “high risk, low reward”?

I spoke recently on the radio with Dr. Byron Johnson, Director of the Institute for Studies of Religion at Baylor.

Johnson told me, “Churches are phenomenally important to society. The bulk of volunteering in America is done by people that come from places like churches. Americans give more than a billion dollars a day to charities. A significant portion of that comes from people that sit in pews of congregations.”

What else does church do for society? Since 2001, Gallup polls have conducted annual “November Health and Healthcare Surveys.” The results of 2020 showed a drop in overall mental health for Americans. Not surprising, in light of the lockdown.

Disrn.com reports (12/13/20) that church-goers were one exception: “… frequent church attendees were the only group in the U.S. that did not experience a mental health decline in 2020….Forty-six percent of Americans who regularly attend religious services said their mental health is ‘excellent,’ an increase from last year’s 42 percent.”

The Journal of the American Medical Association-Psychiatry published an article (5/6/20) on the potential impact of church attendance decreasing the number of “deaths from despair.”

The researchers found that church attendance does indeed help lower the frequency of deaths from despair (including from drugs, alcohol, and suicide). They conclude: “…attendance at religious services at least once per week was associated with a 68% lower hazard of death from despair among women and a 33% lower hazard among men compared with never attendance.”

They add, “The findings suggest that frequent attendance at religious services is associated with lower subsequent risk of deaths from despair.” Go to church and you’re less likely to kill yourself. Or others, for that matter.

The Example of George Washington

Of course, the church was founded by Jesus Christ, Whose birth we celebrate at this time. Christmas is a reminder that a manger in Bethlehem 2000 years ago once contained a baby that was fully God and fully man, who went on to live a perfect life and offer Himself as a sacrifice on behalf of sinners, so that those who believe in Him will not perish, but have eternal life.

Being assured of heaven in the next life has a positive impact on how we live this life. Church-going involves offering gratitude and sacrifices of praise for the ultimate Christmas gift — the Savior Jesus Christ.

One man of note personally viewed attending church a high priority in his life, even if his schedule was hectic, and the roads were muddy, and getting there was a challenge.

George Washington, the father of our country, was a devout church-goer, back in a day when it was much more taxing to attend. He normally went to the Anglican/Episcopal Church. However, when the Commander-in-Chief was leading the rebellion against the head of that denomination, King George III, Washington became more ecumenical in his worship practices.

He visited Christian churches of all kinds, including Presbyterian ones. The Morristown Presbyterian Church in New Jersey has a stained glass window of Washington receiving communion at that church, an event that occurred during the War. After the War, until his death, he regularly attended church — making Christ Episcopal Church in Alexandria his home church for the last decade of his life.

In Washington’s case, church attendance may have been “high risk” only in the sense of the difficulty of getting there and back. But as is often the case, it was “high reward.”

If only some of our modern political leaders would learn from George’s example. Contrary to the opinion of today’s secular leaders, church tends to be high reward for the attenders and society at large.

Jerry Newcombe, D.Min., is the executive director of the Providence Forum, an outreach of D. James Kennedy Ministries, where Jerry also serves as senior producer and an on-air host. He has written/co-written 33 books, including George Washington’s Sacred Fire (with Providence Forum founder Peter Lillback, Ph.D.) and What If Jesus Had Never Been Born? (with D. James Kennedy, Ph.D.). www.djkm.org​    @newcombejerry      www.jerrynewcombe.com