For over 15 years, William and Pascale Warda have worked to save lives and see families flourish in Iraq — which they note is the "cradle of Abrahamic faiths." 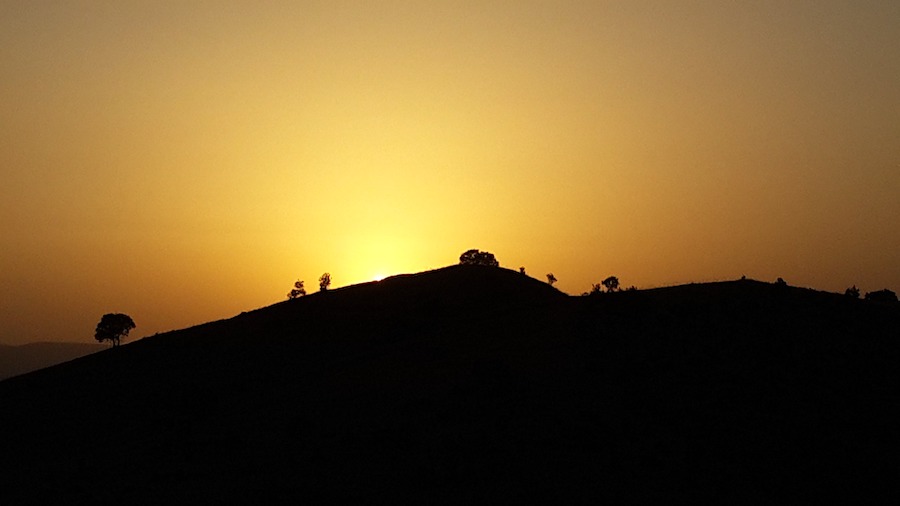 The sun rises over Iraqi Kurdistan. Masrour Barzani, newly elected prime minister, has set the region on a new course after their five years battling the Islamic State terrorist group.

On July 16-18, the State Department hosted the 2nd annual Ministerial to Advance Religious Freedom. For their tireless work upholding the rights of those often forgotten, Pompeo awarded humanitarian innovators from five nations.

Among them were William and Pascale Warda, an Assyrian Christian couple in Iraq who co-founded the Hammurabi Human Rights Organization in 2003.

“[Our people] have been massacred for their faith hundreds of times,” said Pascale Warda in a statement to media. “But nobody hears! Nobody knows! We would like to say thanks to this country that gives us this possibility to speak and make known our issue.”

“[Our people] have been massacred hundreds of times—nobody hears!
We would like to say thanks to this country that gives us this possibility to speak and make known our issue” pic.twitter.com/NVgU1Jxmii

This comes only months after the U.S. announced the defeat of ISIS.

“We need our friends to help us start again,” stated Barzani on July 18. “The fight against the Islamic State, which we helped lead on behalf of the global community, has damaged us economically.”

His words were pointed. “Many [have] wished us well, but it is time to do more,” continued Barzani. “[Kurdistan] has displayed our steadfast support for the interests of our allies, including the United States.”

In an interview conducted at the Ministerial, the Wardas share the latest from Iraq. They discuss how their faith motivates their work and what the Mideast nation needs to move forward. It has been lightly edited for clarity.

There was a remarkable scene that occurred recently in Iraq. A newly elected cabinet minister for the Kurdistan region was sworn in on a burnt Bible. Why was that moment significant? William Warda: It is a turning point, really. For a Christian to be appointed to the cabinet in Kurdistan and be sworn in on a Bible is a significant event. The fact of that Bible being burnt by ISIS makes a point that even our holy books were torched by those criminals of ISIS.

Today, Kurdistan is acting differently from other places in terms of their religious freedom. Beyond the appointment of one Christian official, this occasion was very important. It’s an opening for the people of Iraq to enact new legislation that grants religious freedom to the different minorities and respects human rights.

Still there are many things to push forward, especially opportunities for Christians, Yazidis in public life, and security institutions. These are the main issues we advocate for.

We need to increase the number of officers and judges from Yazidi and Christian backgrounds, to be involved — not just at the high level. To have one minister is not enough. We need the involvement of minority groups in these state institutions, in Kurdistan and all of Iraq.

It’s a big change from five years ago, when thousands of innocent Iraqi Yazidis were trapped on Mount Sinjar. How has your group assisted those in need? Pascale Warda: Hammurabi Human Rights Organization is an NGO nonprofit. We are a group of men and women who work hard at making possible a real difference for human rights. In Iraq, we have so many violations and so few defenders.

In 2014, our members were with the people when they were displaced. When I was in France, William called and said they were trying to get the most essential things for girls and women. They had left their homes with just the clothes on their backs. They needed the most simple things.

I was able to talk to other NGO friends who helped us very much. We were able to get humanitarian relief to thousands of families in this situation, Christian and otherwise. The area was mostly Christian so that was the majority but there were also Muslims and Yazidis. Really the Yazidis have no one. They are not of our religion, but they’ve faced so much and have no one to amplify their voice.

As Iraqis and Christians, we make it a duty of ours not to discriminate according to a person’s identity. Outsiders are surprised sometimes that some Muslims serve with our team. We open doors to Muslims who are human rights specialists and understand what we are concentrating on. We believe all people are created in the image of God.

Have you seen religious minorities begin to move back and be re-established in the Kurdistan region?

William: The situation of minorities in Iraqi Kurdistan compared with other regions is better. At least they are living in a relatively safe area. That does not mean they are comfortable or living in paradise — still there are problems.

Iraq is the country of our father Abraham who was called by God, to whom God revealed himself. The heritage of Christianity goes back to the time of Assyria and Babylon. Our nation is the cradle of the Abrahamic faiths.

Yet the Christian return to Iraq has been quite small. The number of Christians in Nineveh Plain was more than 200,000. Now there are less than 50,000.

More than 300,000 Yazidis are suffering who are living in refugee camps. Their area is still unstable due to political conflict over their cities, especially Sinjar. So the return of Yazidis is very little, perhaps about ten percent.

Some of the displaced minorities in the KRG have now returned to their homes in neighboring regions. For example, when people fled from the Nineveh Plain, they were living in Erbil. Now they have started to return to their homeland.

The Kurds are struggling to be a state. It’s a challenge because of the regional and international conflict in that area. The political competition between Turkey, Iran, Saudia Arabia, Russia, and the U.S. affects the northern Iraq region particularly. The Kurds are paying the price for this geopolitical upheaval. How do you view the plight of the Kurds and Yazidis, who have faced such discrimination?

Pascale: The Kurds, Christians, and Yazidis have suffered great losses. Sinjar is completely destroyed. This impact will still be in Yazidis’ hearts for decades. In past centuries, they have faced genocide 75 times. We have met so many women who barely survived ISIS.

One girl I met was the only one still alive from her family. Helping people return to their homeland is hard work. We were the first organization that thought how to bring them back. First, give them clean water to drink. We provided machines for purification of water in homes.

We are a group of men and women who work hard at making possible a real difference for human rights. In Iraq, we have so many violations and so few defenders.

Then we began to help them rehabilitate. But still they feel insecure. Last month, I was in Qaraqoshin the Nineveh region. People kept bringing me news. “Oh, this family said ISIS is not very far from here. They will come to us again, we will be displaced!”

People live in fear and distrust. This can be healed if there were a government movement to ensure economic protection. Security is not only having guns and saying, “We protect you.”

From our Christian perspective, we never give up hope. We tell people: Don’t fear — which is in the Gospels.

People establish their lives with businesses. Issues of electricity and water were fixed somewhat quickly, which encouraged people to come back. Now things must be done to get businesses to work, even those facing difficulties. This area is so rich, especially out in Nineveh Plain.

We tell people: Don’t fear — which is in the Gospels. Two weeks ago, I was in Mosul and met Father Noel. This Catholic priest is alone there, yet is so happy rehabilitating houses for students. He is also rebuilding the Church of Annunciation and the Bishop’s house, in hopes of going back. From our Christian perspective, we never give up hope.

Speak and Act to Spark Change

What can believers in the West do to support your work?

William: We believe that keeping diversity and pluralism in Iraq will strengthen and stabilize the nation. It will build peace in the country. Imagine Iraq without Christians; it would be a dark country. Losing minorities like Yazidis and Christians would be dangerous for the stability in Iraq.

We are struggling to keep the diversity and support resettlement across the country. It’s important to support civil society organizations. Many activists are working on the ground for human rights. When I am talking about help, it is not only financial. We need advocacy for the rights of minorities.

“People are protected when they are not forgotten.”

The Iraqi government must change some policies to respect religious freedom and human rights. They have made obligations in agreements. But our national leaders will not make the right choices if there is no international pressure through real decisions and resolutions.

Pascale: People are protected when they are not forgotten. You protect them when you say what is happening to them. When allies speak a public word or a prayer, or give material gifts, these expressions are very important to people on the ground. Iraqis are still in the situation of instability. Not to forget them is to participate in protecting them.

Watch the award ceremony below. Learn more about the work of Hammurabi Human Rights Organization. Explore The Stream’s complete coverage of Iraq, and sign up to receive top stories every week.