With scandals and current events tripping up many prominent believers, what’s missing among leaders? Bible teacher John Bevere points us back to the Gospel. 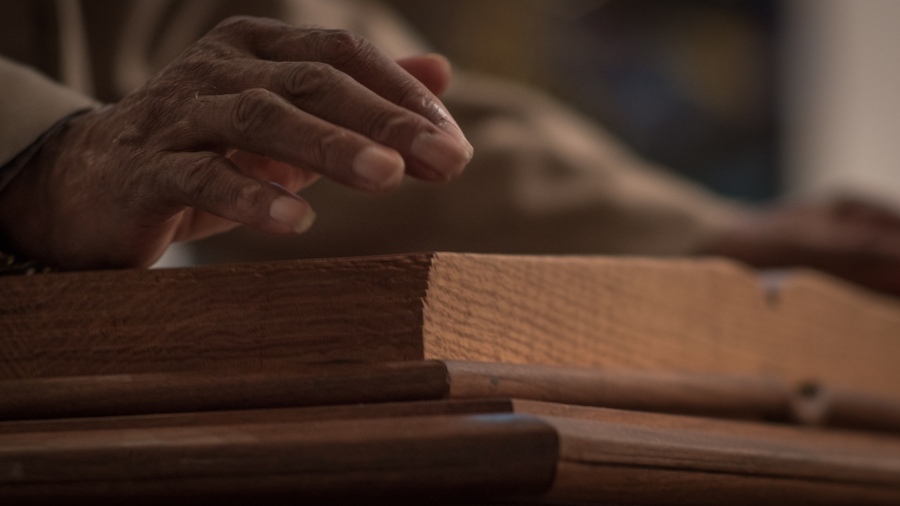 In recent months, notable evangelical pastors and leaders including Carl Lentz, Jerry Falwell, Jr., and even the late Ravi Zacharias have had moral failings revealed.

Such events are cause for prayer and soul-searching among believers. People ask: How can those who preached Christ contradict His message in their lives? Bible teacher and author John Bevere attempts an answer.

“When we lose the holy fear of God, we begin to lower our image of Him,” Bevere told The Stream in an interview. “This eventually leads to compromise and disobedience. But here’s the good news: repentance can produce restoration.”

For Bevere and his wife, Lisa, discipleship is at the center of their mission. Nearly 30 years ago, they founded Messenger International as a small teaching ministry. Now they’ve traveled to over 190 nations to preach the Gospel, giving away tens of millions in resources. Their ministry also maintains a four-star rating with outside evaluator Charity Navigator.

His latest book, X: How to Multiply Your God-Given Potential may seem like an entrepreneur’s handbook. Through stories and scriptures, Bevere reveals how to think differently about your calling and why it’s so important to God.

Today, he is calling the church back to basics. “The fear of man is largely the reason many hold back from sharing the truth boldly,” he said. “When we fail to preach repentance, we’re failing to share with others all that God wants them to know.” Bevere shares from his heart in the interview below.

2020 was defined by three issues in this nation: the COVID-19 pandemic, tensions around racial injustice and the elections. As you’ve seen the responses of many Christians, what wisdom or truth do you see lacking?

John Bevere: We’ve lost sight of the big picture. Although we are in the world, we do not belong to it. Our home is in heaven, from where the Lord Jesus Christ will return for us. As temporary residents, our ultimate mission is to lead others to salvation that’s found in Christ alone. When we lose sight of this, we become distracted and entangled in the affairs of this life.

As a father in the faith, who has now passed his sixtieth year, I want to remind you that we serve one King. We are citizens of one kingdom and are members of one household. We have one faith, and one mission — to build the house of God that He will inhabit for all eternity.

Let’s work together, fueled by an eternal flame. Let’s become one and maintain unity. Let’s see His glory fill His dwelling place once again. There is no other solution for the world’s problems. All that’s happening in the world should not take us by surprise.

Over the past year, scandals involving various evangelical pastors or leaders have been uncovered which have created fallout. Some view this as reflecting a problem of celebrity culture in evangelical-charismatic circles. How do you see it?

Bevere: The answer to this question is multilayered. However, if I had to give one reason why there’s been an increase of fallouts, it would be due to a lack of the fear of the Lord.

So up front, permit me to make a firm point: The fear of the Lord is not to be scared of God. How can we have an intimate relationship with someone we are afraid of? True holy fear is to be terrified to be away from God — you don’t want to be anywhere other than in His presence, care and love.

There is always the promise of redemption for our fallen. Let’s not be those who further wound our wounded. Rather, let’s extend mercy and help them to find healing and wholeness.

Where the Sinner’s Prayer Falls Short

Years ago, I attended a conference with a friend and the host began to introduce you. My friend commented, “I call him John Severe, because his messages aren’t exactly light.” Do you believe there is a lack of preaching about repentance in the church?

Bevere: Ha! Well, I’m often labelled “severe” because of my stance toward truth. If I’m honest, I love people too much to refrain from sharing the truth with them — even if that means becoming unpopular.

As leaders and ambassadors for Christ, we must be careful. We cannot just tell people what they want to hear at the neglect of telling them what they need to hear. Seeking acceptance and approval, some attempt to avoid the rejection and confrontation of truth.

Listen to Paul’s heartfelt words: “I never shrank back from telling you what you needed to hear, either publicly or in your homes. I have had one message for Jews and Greeks alike — the necessity of repenting from sin and turning to God, and of having faith in our Lord Jesus.” (Acts 20:20-21 NLT).

In my opinion, repentance is one of the most beautiful and empowering words in the Bible. It’s speaks of promise, hope, and a new beginning. It’s actually the gateway to a new life in Christ.

Now I want to say something that may appear controversial, but hear me out. I personally believe one of the great obstacles we’ve created to knowing God is the introduction of the “sinner’s prayer.” Our tradition typically looks like this: We sell a relationship with God almost as if we are marketing a product to a consumer.

After a message or conversation, we say, “Do you want to know God? Do you want a relationship with your Creator? Then just pray this prayer: ‘Jesus, come into my life. I receive You as my Savior. Thank You for forgiving me and now making me a child of God.’”

Next, we announce the happy news to all who are present, celebrate that our new converts are forever secure with God, and invite them into our fellowship. However, we’ve said nothing about repentance — the very thing that initiates this covenant relationship! Without repentance, we won’t permanently walk away from a self-seeking lifestyle and lay down our life for Him.

Your new book X talks about the power of diverse believers operating in unity of purpose. Speaking as a father in the church, how can we get there during these divided times?

Bevere: I love that you use the words “unity of purpose” not necessarily unity of “method” or “operation.” Paul is very clear that the Body of Christ has diverse operations (see 1 Corinthians 12:6). Having had the opportunity to travel full-time in ministry for more than 30 years, I have witnessed firsthand the variety of cultures, methods, and convictions in the global church. Yet, I can sense the presence of Jesus in each atmosphere.

To illustrate how believers can operate in unity of purpose, let’s look to our military as an example. Paul frequently uses military terms to instruct the church. It’s not just imagery, we truly are members of God’s military on the earth. I’ll follow his lead in illustrating the different operations of ministries.

Our United States military consists of diverse branches. We have the Army, Navy, Air Force, Marine Corps, Coast Guard and Space Force. These branches have different procedures and methods to accomplish their goals and responsibilities. These branches, however, are on the same side when it comes to protecting and serving our nation.

An Air Force cadet will be specifically trained as a functioning member of the United States Air Force. A good amount of instructional emphasis will relate to air tactical operations, for her branch of service operates mainly in the sky. If this cadet happened to be reassigned to the Navy, she would require new training. Of course, there are numerous fundamental techniques that overlap both branches. However, since the Navy operates primarily at sea, this former member of the Air Force would have to learn many new operational maneuvers and military strategies.

It is similar in the kingdom of God. Every church and denomination have their own methods of operation, much like each branch of the military does. As a global church, our foundation must first and foremost be built on the revelation of Jesus Christ and His Word.

We see this written in Hebrews 6:1-2, “the foundation of repentance from dead works and of faith toward God, of the doctrine of baptisms, of laying on of hands, of resurrection of the dead, and of eternal judgment.” Where we err is when we major on what God minors on and minor on what God majors on.

Learn more about John’s new book X at his website.

A graduate of the University of Colorado, Josh M. Shepherd covers culture, faith, and public policy issues for media outlets including The Stream and The Federalist. Find him on Twitter and Facebook and follow The Stream@Streamdotorg.