High-Integrity Christian Leadership: It’s the Norm, Not the Exception 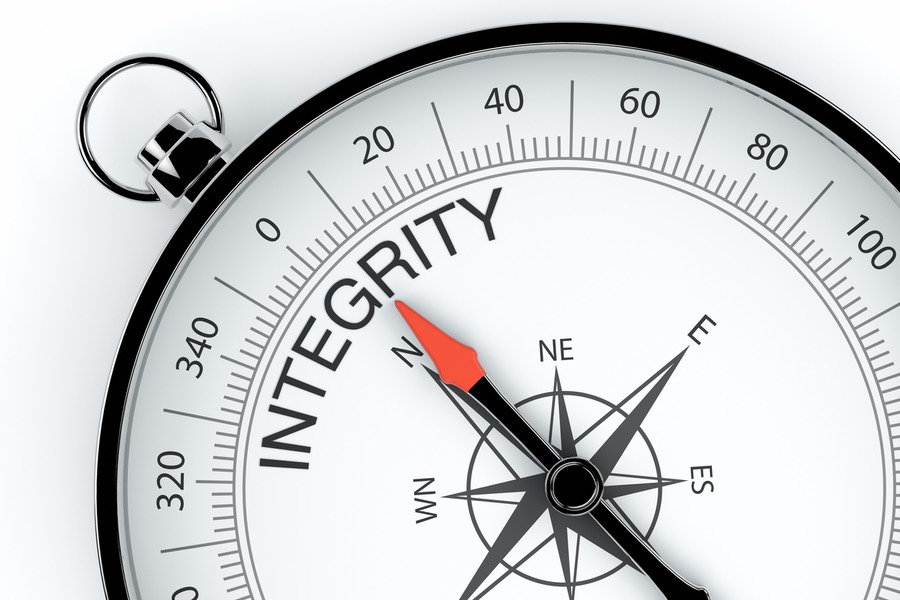 It keeps making news, week after week: Christian leaders doing something wrong. You’d almost think it was epidemic among Christians in leadership. It’s time someone said no, that’s not true.

Yes, integrity failures cause great damage when they happen, and they make the news. I’m not naive about that; my kids’ former youth pastor is in federal prison right now. He is very much the exception, though. The norm? The usual?

Bill Bright: “May I Help You With Your Luggage?”

That’s been my experience, at any rate. Let me tell you, for example, about Bill Bright. From 1951 until not long before his death in 2003, he led Campus Crusade for Christ (now “Cru”) to become the largest and most influential nondenominational mission organization in the world. I’ll pass along just a couple of snapshots, based on my own 34 years of work with Cru.

One took place in 1987. My wife and I were newlyweds; she was also a Cru staff member. We were traveling to our new home in California, after being married out east, and we took a side trip into Manhattan, Kansas, to see friends of Sara’s there. As we pulled in to our hotel, we were totally surprised to see Bill Bright standing right there. He was in town for reasons we had no reason to  know beforehand.

He recognized Sara from work she’d done with him at headquarters, so he gave us both a warm greeting. Then he asked us, “May I help you with your luggage?” And he meant it; we could tell.

That was Bill Bright. He was a true leader, guiding Cru not only with humility, but also drive, skill, an absolutely immense vision, deep love for God, and — since this is the question that keeps coming up — real integrity.

It Was Never About Bill Bright

One more snapshot. For several years in the 1990s I served as a U.S.-level human resource director overseeing nearly one thousand staff in that capacity. That meant it was my job to know when there were people problems among us. Most of them had to do with skills and competencies, but sure, there were some integrity problems among our staff. Surprisingly few, considering the size of our staff. But some.

For example there was the time when one of our staff members who led a high-level, high-visibility leadership Bible study fell into significant sin. It caused real harm to our ministry and reputation, more than I can share here.

I had a conversation with Bill Bright the day before I flew out to meet with the man for his termination interview. And you might wonder what a leader would want to say — how angry he might be — after someone on his own staff had badly damaged something he’d spent years nurturing? Dr. Bright’s most memorable comment to me in that phone call was also the most telling. He said in tears, “I am so grieved. He has harmed the gospel of Jesus Christ.”

It was never about Bill Bright. It was about the God he loved.

It’s Not Just One Leader

My last position with Cru was on a team reporting to the board of directors, doing both internal audit and internal effectiveness consulting. Though I wasn’t an auditor myself, for five years I co-edited every report they wrote. It was the second position I held in Cru where if something was wrong, it was my job to know and to help handle it. Again — I’m not kidding you here — issues were very few in number for the size of the organization.

Bill Bright had passed away by then. Still, under its second (and still current) president, Steve Douglass, Cru remained committed to Jesus Christ as first love and first cause, and to integrity as its way of doing business.

But this isn’t just one mission organization. It’s churches I’ve been in. Other leaders I’ve worked with, which I’m privileged to say have been many. And Life Outreach International, The Stream’s parent organization. I wouldn’t be here otherwise.

Integrity is the Norm, Not the Exception

Those years I spent in organizational problem-solving, along with my master’s degree in organizational psychology, taught me a lot about what an integrity issue smells like. I catch whiffs of it here and there as I travel among Christian leaders; I’ve even been knocked over by it in a couple of tragic circumstances. But I want you to know, that’s rare. It’s just that when it happens it catches and holds your attention for a very long time. If it’s a well-known Christian leader involved, it catches everyone’s attention.

So yes, sure, you can go to the news and hear about Christian ministries with integrity problems. Do you want to find one who’s operating in truth, love, and honesty, though? Chances are you’ll find one just down the street from where you live. It might not be the first church you happen upon, but if it isn’t, very likely it’ll be the second. The third, too. And also the fourth. And probably the next one, and the next one, too.

Your Next Defining Moment Will Be Sooner Than You Think