The Pressure to Conform: An Inside View on Universities’ Sexual and Religious ‘Party Line’ 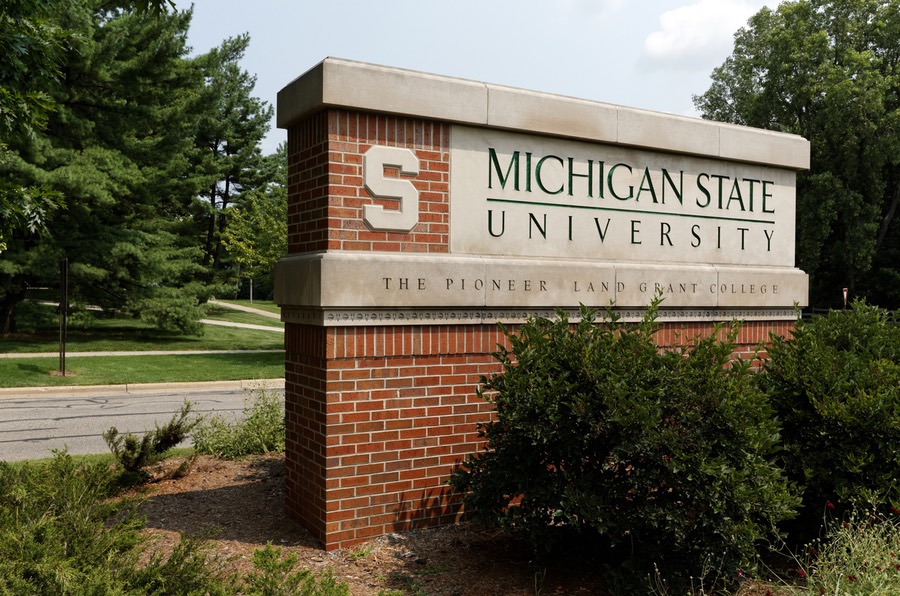 Earlier this summer The Stream had opportunity to interview a staff member with the Michigan State University Libraries. (We’re withholding the name, by request.) We’re presenting this person’s comments in two installments. First: observations on what it’s like as a Christian and conservative at a secular public university. Second (to be published tomorrow): recommendations for Christian students and their parents.

The Stream: How long have you been in this position, and have you seen much change in the university in that time?

Staff Person: I’ve been working in the library for more than six years now. It’s been an interesting change over that time: The environment there has gotten progressively more liberal. The change has definitely been noticeable even over that short of a period.

For example, a lot of the new staff and librarian hires have been from a much more liberal standpoint. A lot of homosexual and transgender persons have been hired. I have no doubt they’re excellent at their jobs, but if you look up the population numbers, there’s no doubt they’re disproportionately represented.

In that library display there was a gospel tract somebody had found on a bus or somewhere. They’d used white-out to get rid of all the words on it, and replaced it with words about sexual experimentation.

There’s a presumption that what we would say is immoral from a biblical standpoint, is totally acceptable instead. In fact, it’s less acceptable to proclaim having traditional beliefs. Thankfully my direct supervisor is very good as far as that goes. But I’ve talked to several of my co-workers in other departments that have been told they have to take the Christian posters off their office walls, they have to not wear the cross where it can be seen, and things like that. It’s going to “offend somebody.”

The Stream: Are other viewpoints similarly quieted that way?

SP: No, not at all. There’s applause for the person who displays the official sticker for the LGBTQ support center on campus, or for upcoming events like the Women’s March.

But the sexual issues are the biggest by far.

The Stream: So, what’s it like? How does it feel? What’s the experience of being a believer in that environment?

SP: Kind of stifling at times. It’s not going affect your job, because it’s very difficult to get removed from a position there, but there’s a fear there anyway. It can definitely affect your ability to work with other people, and your ability to have advancement within your career. There’s just an assumption that everybody agrees with the politically correct norm. There’s a subtle sense as you walk in the room, “There’s something wrong with me,” if you disagree.

There’s a subtle sense as you walk in the room, “There’s something wrong with me,” if you disagree.

Out of the forty or so people that I work with regularly, I would say there are four that are strong believers, and another four to six who are marginal. Probably six or eight of us would consider ourselves political conservatives.

The Stream: So, how do you deal with it?

I tend to be very open about what I believe, and if I disagree with something, I tend to go ahead and say it. But I couch it in a way that emphasizes I’m not trying to convince somebody else, but just to say, “Hey that really doesn’t work for me.” You get very skilled at negotiating that kind of thing. But I’d say most of the believers just keep quiet about it.

I had a co-worker who actually left the library about six months ago. I sent him an email not long ago to see how he was doing. In part of his response, he said, “You know, the way you stand up for yourself tells me you’re not going to stand for full rights for the ones that I love.” So, basically because I wasn’t going along with the party line, I obviously didn’t care about people. That was the implication. They don’t see how you can accept or care about anybody and disagree with them.

Disagreement and “Hate” on Campus

The Stream: Does disagreement equal “hate”?

SP: Yes, it almost always equals hate. Disagreement about any almost anything is pretty much taboo. Things are done on a consensus. It’s like elections in the old Soviet Union. There were local elections, and the people who won the local elections would go to the next level up and the ones who won there would go the next level up and so on. And they would say, “We have free elections, we’ve got free discussion.”

But when the highest body declared something was fact, everybody else had to fall in line. And that’s kind of the way it feels with consensus-building here. As long as we’re going through the process of “building consensus,” you can express the way you feel about any topic. But then when a higher level consensus is reached, you are a pariah if you try to go against it; you have to conform to that consensus.

The Stream: And obviously you’re not just talking about work processes but also culturally loaded matter.

SP: I’m not talking about work processes at all but almost totally about culturally loaded things. For another example that’s not in the LGBT realm, the Library of Congress a few months ago decided not to re-label the category of “illegal immigrant.” Our library went through a consensus process, though, and decided that anything that comes in to us from the library of Congress labeled “illegal immigrant” we’re going to re-label “undocumented worker” — costing the library thousands of dollars probably every month. But it’s because the social consensus was not to label anything illegal immigrant. It’s not “nice.”

The library has museum-type displays going up and down all the time in display cases. There’s regularly one celebrating in LGBTQ week.

The library has museum-type displays going up and down all the time in display cases. There’s regularly one celebrating in LGBTQ week.

There was one in the main display case of the library a month ago highlighting the homosexual collection in special collections. In that display there was a gospel tract somebody had found on a bus or somewhere. They’d used white-out to get rid of all the words on it, and replaced it with words about sexual experimentation. And on the very last page of the thing, the person had written on it, “I’m sorry about the gender-norming of a male-female relationship here, but I stole this from a gospel tract and I didn’t want to have to redraw the pictures.”

Common on Campuses in America

The Stream: So where would you say Michigan State stands on the scale of liberal to conservative among most schools in America?

SP: As an entire university I would say it is a seven, perhaps an 8 on a scale of 1 to 10. When I started there was a five or six. But it varies by department. The Agriculture and Engineering departments would be around a 4 or 5. The social sciences, sociology and political science, different things like that, they’re an 8, 9 or 10.

So what I’m saying here almost certainly applies to any college or university not founded on explicitly Christian or conservative principles.

Next: Preparing for life on campus.

Tom Gilson (@TomGilsonAuthor) is a Michigan State University alumnus, a senior editor with The Stream, and the author of A Christian Mind: Thoughts on Life and Truth in Jesus Christ and Critical Conversations: A Christian Parent’s Guide to Discussing Homosexuality with Teens, and the lead editor of True Reason: Confronting the Irrationality of the New Atheism.

Has Your Church Abandoned You to Handle LGBT Dilemmas On Your Own?