The latest Pixar film, releasing today on home media, focuses on faithful fatherhood and the dangers of a digitally dependent culture. 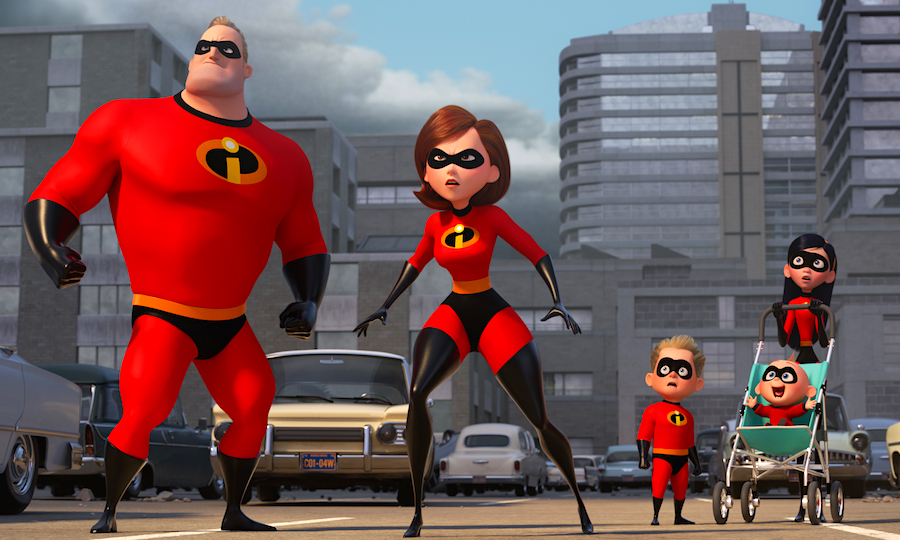 It’s a bird, it’s a plane... It’s Bob and Helen Parr, and their kids Dash, Violet and Jack-Jack. The superhero family defeat a high-tech villain in Incredibles 2, out today on DVD.

In a season of reboots and movie franchise “revivals” comes a sequel to one of Pixar’s best films. Bringing back beloved characters from the 2004 hit, Incredibles 2 almost singlehandedly led to this past summer’s biggest box office results in U.S. history.

This adventure picks up where the first film ended. A televised confrontation with the Underminer puts Mr. Incredible (Craig T. Nelson) and family in the public crosshairs.

It lends a lot of sympathy to the real-life dads who live this daily. It’s a bright spot in an entertainment culture often critical of fatherhood. And it wouldn’t be a Pixar film without some genuinely heartwarming and comedic moments for both children and parents.

Amidst all this emerges the Screenslaver. A villain fixated on society’s present obsession with screen-based technology. If that feels a bit too real, it’s because it is.

A recent article from The Atlantic comments on this trend. In it, Dr. Jean Twenge writes about digital devices and young people. “There is compelling evidence that the devices we have placed in young people’s hands are having profound effects on their lives — and making them seriously unhappy,” she states.

”’Incredibles 2’ is a bright spot in an entertainment culture often critical of fatherhood.”

Screenslaver wants to expose this culture enamored by ease. This is one of the things the film does well: presenting truth via the villain. It’s a welcome challenge that engages the audience. Apprehending Screenslaver deepens the films plot, leading to a character twist.

The third act involves the Parr family banding together to take action. This is a film that is actually better than the original. It shows the reality of family positively and plainly.

It doesn’t shy away from the challenges of family, either. Violet (Sarah Vowell) navigates adolescence while Dash (Huck Milner) and dad duel over math. And two parents struggle to make tough decisions for their children’s future.

Incredibles 2 continues a Pixar tradition of making worthwhile films. The studio trusts moviegoers to come on a fantastic journey alongside worthy characters.

In a culture where family entertainment can sometimes feel contrived and message-driven, freedom to trust the silver screen is, well, incredible.

Rated PG for action sequences and mild language, Incredibles 2 releases today on home media. Watch more insights on the movie below. Explore The Stream’s complete films coverage, and sign up to receive top stories every week.

Amidst Fight for Identity, Creed II Focuses on Fatherhood and Family