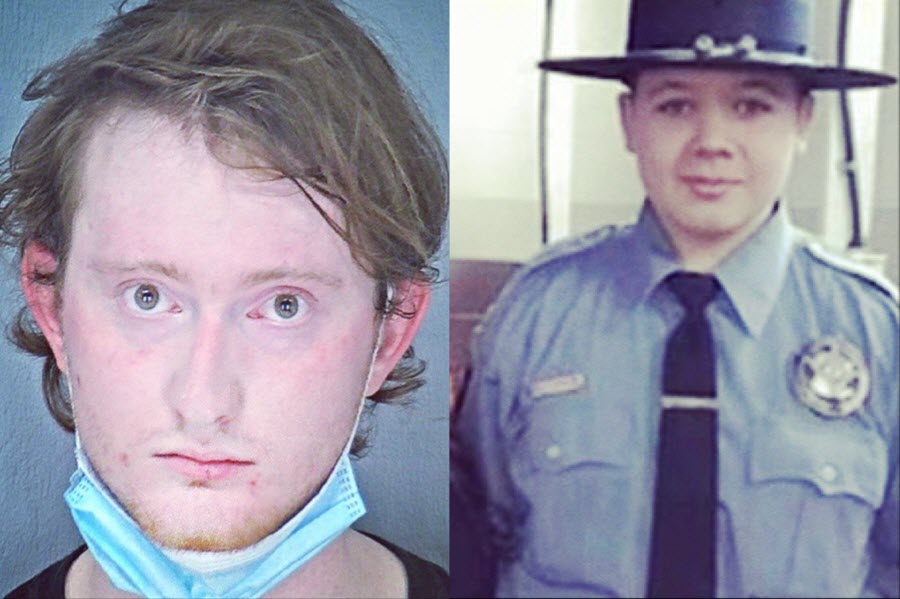 You get to pick this November. The Democrats have done us a favor. Like a poker player holding four aces in his hand and a loaded gun in his pocket, they’ve laid all their cards on the table.

They are for virtually decriminalizing same-sex pedophilia.

No, seriously. Click here to read about the bill, which just passed in the California legislature. It would free many same-sex molesters who abused kids of the duty to register as sex offenders. Glance below to see Nancy Pelosi posing at a Pride march with its sponsor. Keep in mind that Kamala Harris, who could soon be a faint heartbeat from the Oval Office, refused to prosecute pedophile priests as San Francisco D.A.

The Rev. Nancy Pelosi, S.J., and sponsor of the bill at SF Pride. https://t.co/QXK3ER83dB pic.twitter.com/xMTcaZfZD9

They Refuse to Prosecute Rioters.

Not even those who trash and burn police stations, private businesses, and whole neighborhoods. Mayor after mayor in blue city after blue city has left Antifa and BLM rioters out of jail without any bail, to get on planes and go trash other cities. And in some cases kill people. Where local officials demanded bail, Joe Biden’s campaign staff posted it. But Democrats want to imprison Americans who defend themselves from rioters as guilty of first-degree murder.

They’re for Abortion Right Up Through and Even After Birth.

In lockstep with other Democrats, Kamala Harris voted that children who survive abortion attempts may be killed or left to die. And that party intends to make us taxpayers pay for this cruel procedure. Nancy Pelosi, who claimed that “as a Catholic” abortion “rights” are “sacred” to her, promised to hack out the Hyde Amendment in all future budgets.

Each Party’s Policies Help Produce a Different Kind of Citizen

But issues are so … abstract. In the long run, we vote for people. Just as God wouldn’t mean much to most of us if He hadn’t become incarnate — Julian the Apostate couldn’t sell Solar Monotheism — we need political choices to take on flesh and bone.

In one sense this election is between Joe Biden and Donald Trump. And about the thousands of people whom they and their teams will choose to appoint, from the U.S. Supreme Court to FBI director, from the Education Department to the Bureau of Veteran Affairs. But in another sense it’s not. Trump is pretty old, and Biden’s practically senile. Neither one in himself incarnates America’s future, the kind of person our nation hopes to produce, which its policies would reward or punish.

Liberal pundits have been encouraging young snowflakes to take up arms and “punch a Nazi,” which they define as anyone who supports President Trump. Do that for long enough, you get a country full of little would-be arsonists, who curl up in fetal balls and cry when police take their flamethrowers.

So maybe we ought to look to instead to younger people. To those who in their lives and choices sum up the difference between our political parties. Let these people serve as emblems. Each marks one path our nation could follow, as it approaches this crossroad. Each is a young man from the Midwest.

WBAY in Wisconsin offers a picture of this young Biden supporter and “peaceful protester”:

A Neenah man had a flamethrower, smoke grenades and fireworks during a demonstration in Green Bay Saturday night, according to police and prosecutors.

Matthew Banta, 23, is charged with obstructing an officer and two counts of felony bail jumping.

A responding officer says he saw four individuals walking towards a protest with baseball bats. One man was wearing a metal helmet with goggles and military-style gear with multiple pouches, and was carrying an Antifa flag. When the officer pulled his squad car in front of the group, they ran away. The officer caught Banta, who was carrying the flag, and says Banta “dropped into the fetal position and began crying.” He accused the officer of lying on him; the officer replied nobody was on him.

There’s your Biden man, in a nutshell. This is the kind of person whom Democrat mayors have been turning loose nationwide. He perfectly embodies the “cry-bully” character type that the left has been cultivating on campuses nationwide. For starters by labeling conservative or Christian claims that students find challenging as “violent” or “micro-aggressions” that make the poor dears “feel unsafe.” Liberal pundits have been encouraging these little snowflakes to take up arms and “punch a Nazi,” which they define as anyone who supports President Trump. Do that for long enough, you get a country full of little would-be arsonists, who curl up in fetal balls and cry when police take their flamethrowers.

I’ve written about Kyle Rittenhouse here before. If you still subject yourself to the MSM, you probably have heard that he is a member of a “white supremacist militia” who “opened fire on peaceful Black Lives Matter protesters.” That’s why he’s in jail charged with first degree murder. None of that has any truth in it, especially not those charges.

In fact, Kyle Rittenhouse is something closer to the Good Samaritan in the Gospel, who saw a man victimized by thieves and went to help him, while Levites and Pharisees passed by. Rittenhouse saw on TV the vicious assaults on business owners by rioters in the neighboring city, Kenosha. So he went there to try to help. He joined up with other citizens who were holding back rioters. He literally wielded a fire-extinguisher (not a flamethrower) putting out fires they’d set. As a volunteer EMT, he offered first-aid to injured protesters.

And he yes, held a rifle in whose use he’d become proficient, to discourage violent mobs from attacking people’s livelihoods — including a gas station some wanted to burn. Had they succeeded, the inferno could have consumed an entire neighborhood.

Then several criminals, one of them a sex offender, charged him. One fired a gun, another swung a skateboard at Kyle as he lay on the ground. And Kyle kept his cool. He shot his attackers, didn’t hit any bystanders, then marched up to try to surrender to the police.

You Get to Pick

Do you want an America that churns out more young men like Kyle Rittenhouse? Or more men like Matthew Banta?