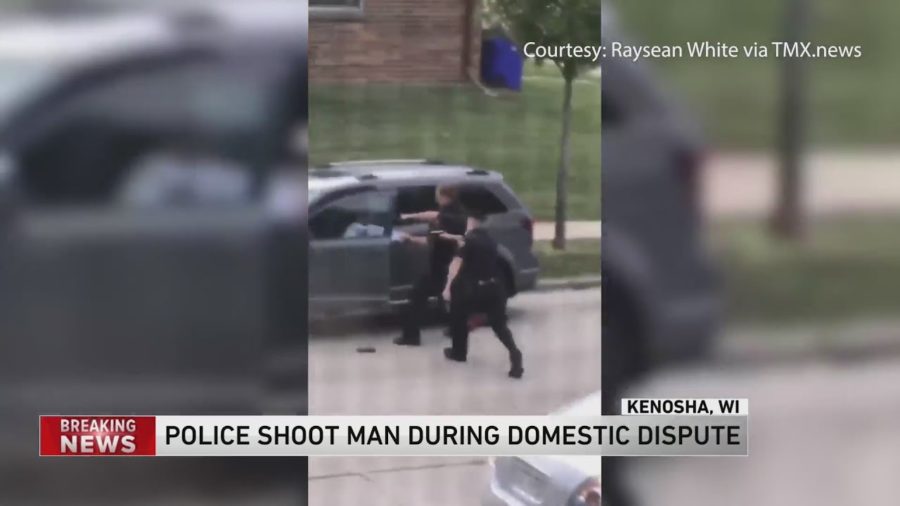 Jacob Blake is the man in Kenosha, Wisconsin whom police might have shot too many times. I really don’t know, and none of us do. Authorities are still investigating his wielding of a knife, and struggle with officers. The facts should be resolved through a searching police investigation, overseen by the local community — with orderly, peaceful demonstrations of course allowed.

Here’s how America’s meant to work: A victim calls the police, who arrive on the scene to restore the peace and question everyone involved. Those willing to play by the rules almost always emerge unhurt. If there’s probable cause for arrest, the suspect gets taken in custody to a holding facility where his innocence is presumed. He enjoys a long list of due process rights, and a free lawyer if he needs one. He’s tried by a jury of his peers. If police use violent force, their actions get investigated by their superiors, who get appointed by democratically chosen officials.

A Man Above the Law

What if a suspect won’t go peacefully? If he uses force against the police, he’s rebelling, essentially, against our entire system. He’s rejecting American justice, and placing himself above the law. Such a person is dangerous. And mostly not to cops. They could just shrug and go home. He’s a menace to the old people, women, children, and unarmed civilians around him. In defense of those people, if he resists arrest, cops might need to tase, club, or even shoot him, in order to stop him from running free.

That’s how government works. And if you think we can live with no government, I invite you to move to Portland.

Right now media are making much of the fact that as President Trump visited Kenosha, Jacob Blake’s father refused to meet with him. While Mrs. Blake gave a dignified, sober statement to the media after the shooting, her husband seems to have caught the politics bug. He said he’d already spoken to “President Biden.”

I’m glad such a meeting didn’t happen. President Trump ought not to take sides in this controversy. (Is he meeting with the families of the officers Blake fought with? No.) It’s something the local Democrat mayor needs to fix — and not by pulling cops off the streets and letting the national riot squad fly in from Seattle and Portland to burn the city down. But I wish President Trump would meet with someone in Kenosha: Jacob Blake’s apparent victim.

All this chaos didn’t start because some cops decided to pick on some harmless black man walking the street. They did their jobs and came to protect a black woman from Jacob Blake. Here are some details of the crimes of which Blake is accused (and for which he should still be prosecuted). The New York Post reports:

The victim, who is only identified by her initials in the paperwork, told police she was asleep in bed with one of her children when Blake came into the room around 6 a.m. and allegedly said, “I want my sh-t,” the record states.

She told cops Blake then used his finger to sexually assault her, sniffed it and said, “Smells like you’ve been with other men,” the criminal complaint alleges.

The officer who took her statement said she “had a very difficult time telling him this and cried as she told how the defendant assaulted her.

The alleged victim said Blake “penetrating her digitally caused her pain and humiliation and was done without her consent” and she was “very humiliated and upset by the sexual assault,” the record states.

Because of this assault, there was a warrant out for Blake, and a restraining order forbidding him to invade this woman’s home. On the day he struggled with cops, Blake had apparently barged into the victim’s residence again, and taken her car keys. She called 911 to save herself.

The left wants to disband the police. So who would protect women like this from men like Blake?

The left wants to disband the police. So who would protect women like this from men like Blake? There are thousands such men in cities all across America — ticking time bombs of violent crime. The left wants us to focus on them as sympathetic victims of swaggering, thuggish police. No, sorry. The swaggering thugs are the men who prey on women like this. In cities where mayors have forbidden honest civilians from having guns, cops are the thin blue line between an imperfect, struggling city and an ISIS-style rape-camp. A free-for-all where gangsters rule by force—like the CHAZ district in Seattle.

Wielding a Knife, Fighting with Cops

Here are some more details about the Blake arrest you won’t see in the mainstream media. The Blaze reports on the Kenosha police union’s account of the incident:

Kenosha Police Union attorney Brendan Matthews said that Blake was armed with a knife … when Sheskey and other officers arrived on the scene, WCCO-TV reported.

When officers arrived, Blake reportedly fought against them and even allegedly placed one in a headlock.

“The officers first saw [Blake] holding the knife while they were on the passenger side of the vehicle,” Matthews explained.

Sheskey later shot Blake in the back while the two engaged on the driver’s side of the vehicle.

Do you want to face men like Blake on your own, with no police? The Democrats want you to. They want to take your gun rights first, of course. And maybe flood your city with squads of ex-cons and nihilistic revolutionaries, to boot — just to make sure nobody wears any Trump hats or fails to repeat leftist slogans when ordered to by a mob.

Most likely, you and I will escape the worst consequences of Democrat-sponsored anarchy. Those who will suffer worst will be struggling store-owners in crime-struck neighborhoods — those whose businesses Democrat rioters haven’t burned down. And women like the one Jacob Blake seems to have assaulted. That’s who President Trump should be meeting with (discreetly, to protect her identity). That’s who politicians who claim to speak for the “vulnerable” should be focusing on.

And we should be prepared to defend ourselves, our families, and our communities from the lawlessness and political gangsterism the Democrats have in store for us. Keep Kyle Rittenhouse, imprisoned for self-defense and falsely charged with first-degree murder, in your prayers. Learn about how you can help with Kyle’s legal defense here.