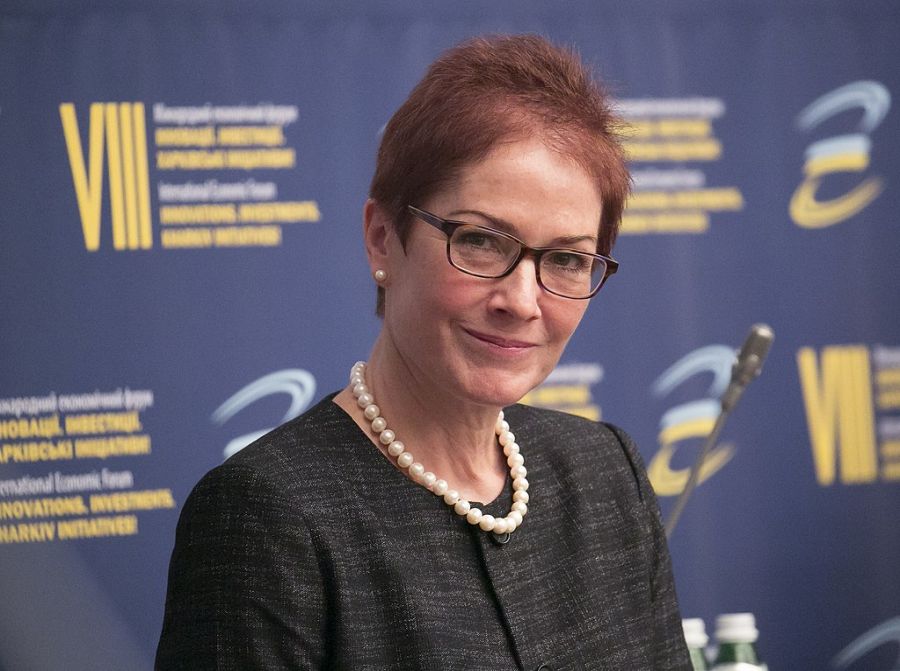 Hats off to Rep. Chris Stewart. He was able to lay out the salient points in less than 30 seconds.

Stewart: “I would now feel compelled to ask you, Madam Ambassador, as you sit here before us, very simply and directly, do you have any information regarding the president of the United States accepting any bribes?”

Stewart: “Do you have any information regarding any criminal activity that the president of the United States has been involved with at all?”

Boom. Done. Thanks for coming, ma’am. In honor of your diplomatic service, let’s all head to IHOP. Pancakes on me.

Unfortunately, the truth isn’t what the hearings are about. Yovanovitch was there for one purpose: For Democrats to lay out an emotional argument that Trump (and Rudy Giuliani) are bad, bad, meanie baddies. Nothing was more amusing than watching the same people who’ve spent three years calling Trump a traitor and Russian agent, a mentally unstable rapist, feigning horror over Trump suggesting in a tweet Yovanovitch may not have been the bees knees.

Obama and Clinton left diplomats to die at the hands of terrorists. And lied about it. Trump left Yovanovitch to teach classes at Georgetown. And tweeted about it. Perspective … it’s fantastic.

(The Trump tweet was not the real major story involving Twitter and Friday’s hearing. Hint: It involves brazen and shocking Twitter censorship. For more on that, please see here.)

Was Yovanovitch Working Against Trump?

Let’s get back to Ambassador Yovanovitch. Was she a frothing MSBNC talking-head wanna be? Was she wearing her TDS on her sleeve? Nah. You don’t become a top diplomat without being, well, diplomatic. As the joke goes, “Diplomacy is the art of telling somebody to go to hell in such a way that they look forward to the trip.”

Seems to me that’s what Yovanovitch was doing. Her subtle disdain came through, even as Republican congressmen praised her.

The knock on Yovanovitch was that she had been trash-talking Trump. An Obama-appointed globalist, of course, she would bad-mouth Trump. Then again, at some point, who hasn’t bad-mouthed Trump? Not good form once he was elected, but we can let that go.

“To say nothing, especially when speaking, is half the art of diplomacy.” — Will Durant

More seriously, the allegation was that Yovanovitch was telling Ukraine officials to ignore Trump because he’d soon be out of the way. She denies doing this. She very well could be telling the truth. Problem is we know her previous boss, former Secretary of State John Kerry, was running around Europe and Iran after the election spreading that very message. Did Kerry tell Ukraine to chill too? Why wouldn’t he? Would he have used Yovanovitch or her staff to pass the message along? Who better? So let’s give Yovanovitch the benefit of the doubt. She wasn’t telling Ukraine to ignore Trump. But was the Embassy party to any such message from Kerry?

Most crucially, according to reporting by John Solomon, several Ukraine officials claim Yovanovitch blocked their efforts to share with the DOJ evidence of Ukraine and Democratic interference in the 2016 election.

Yet, Yovanovitch and Democrats claim she was a pure and non-partisan as the driven snow. Is she?

Her Anti-Trump Bias Slips Out

Yovanovitch’s attitude toward Trump came out most notably under questioning from Jim Jordan. Jordan listed the numerous powerful Ukraine officials who had ripped into Trump during the campaign. Including one who said a majority of Ukraine politicians were on Hillary’s side. Jordan spoke of DNC operative Alexandra Chalupa, who boasted about getting anti-Trump dirt from Ukrainians … dirt that would become the basis for the Steele Dossier and thus the Russia Hoax that consumed the country for three years.

Given all that, “Do you think there’s maybe a reason that President Trump’s concern [that Ukraine government may have worked against him] was justified?”

Obviously, the answer is yes. There’s more smoke there than backstage at a Snoop Dogg concert. Let’s put Jordan’s question another way: “Given this long set of facts, can’t you see why your boss — the man you worked for — would have concerns? Even if you did not share those concerns?”

Yovanovitch refused to state the obvious. She refused to acknowledge her boss’s point of view. After all, to do so would undercut the impeachment case dramatically. And she knew her role. Amazingly, she denied the attacks on Trump were aimed at Trump. Instead, she twice deflected to her interpretation of what the Ukrainians might have been thinking. Which was not the question.

I can’t speak for the president on this but what I would say is that you’ve listed a number of actions. From my point of view, that doesn’t create a Ukrainian government strategy.

Again, that is not the question. When Jordan tried to press her to answer the actual question, Inquisitor Schiff shut him down.

Why the slippery, ‘diplomatic’ double-speak? Why not answer the question directly? Acknowledge her boss’s concern? After all, understanding his concerns, and to “speak for the president” was part of her job. How about even a, “Sure, I can see why Trump would think that, but I don’t believe undermining Trump’s campaign was the Ukraine’s intent at all.”

By refusing to concede the obvious, Yovanovitch confesses her bias.

Yovanovitch also brought up the Mueller Report, saying that Mueller’s squad found only that Russia interfered with the 2016. Not Ukraine. Very clever. Very telling. Very dishonest. Mueller’s goon squad only investigated what role Ukraine may have played in messing with Hillary’s campaign. These partisans did not even pretend to look at the role Ukraine might have played in messing with Trump’s campaign. Which is what Trump was concerned about.

By deliberately distorting the Mueller Report, Yovanovich confirms her bias.

How much of Yovanovitch’s testimony had anything to do with high crimes and misdemeanors? None. And she admits it. How much had to do with even this latest absurd, focus-group tested charge of “bribery”? None. And she admits it. And how much of her testimony was the slightest bit relevant to the impeachment inquiry? Only to the degree it proved the Democrats have nothing. And witnesses like Yovanovitch are happy to help them overturn the election. If only a Democrat would be honest enough to admit it.

Historian Will Durant wrote “to say nothing, especially when speaking, is half the art of diplomacy.” When speaking to the heart of the impeachment inquiry, Yovanovitch was a true artist.