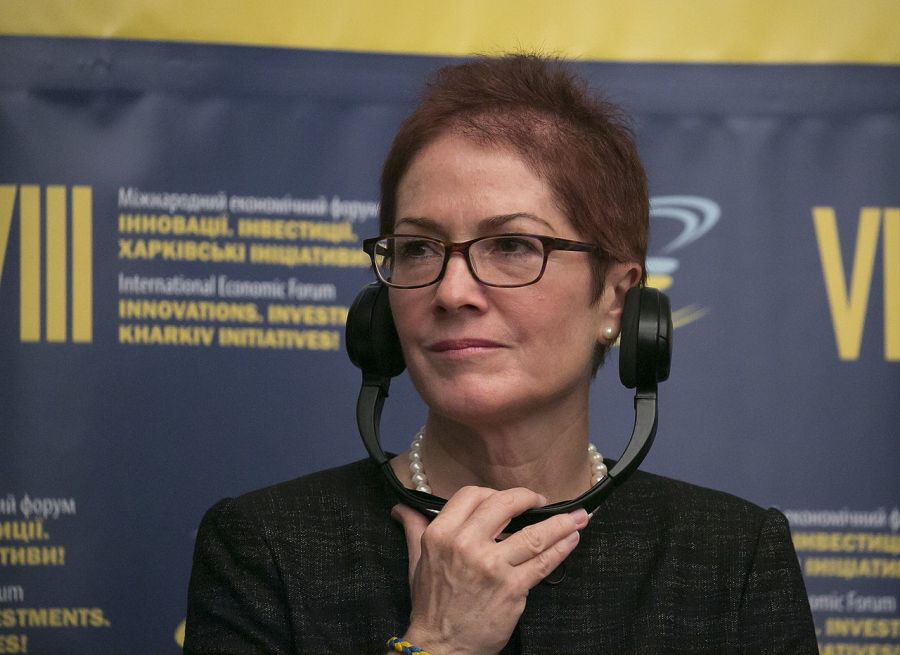 Update: This was originally posted before Ambassador Yovanovitch’s testimony, as a satirical summary of what her testimony would amount to on the actual essence of the charges being thrown at the president. In other words, what the hearing was really supposed to be about. None of what follows is from what became her actual testimony.

So you don’t have time to sit through former Ambassador to Ukraine Marie Yovanovitch’s testimony today? (Or even if you do have time, you have a life?) As a public service, let me wrap up her testimony for you in 60 seconds.

Ambassador Marie Yovanovitch: We do.

Jordan: I mean, under the U.S. Constitution, who decides American foreign policy?

Jordan: Who gets to decide who carries out the president’s foreign policy?

Jordan: I mean, under the U.S. Constitution, who decides who gets to carry out the president’s foreign policy?

Jordan: Then why the heck are we here?

Ambassador Yovanovitch on the Call to Ukraine

Jordan: When were you removed as Ambassador to Ukraine?

Jordan: When did President Trump have the phone call with Ukraine’s president that sent the Democrats into an impeachment frenzy?

Jordan: Does May still come before July?

Jordan: Then what the heck are YOU doing here?

Jordan: Is it true you lied to Congress when you testified under oath you didn’t respond to a Democratic staffer after leaving your post, when private emails now show you did?

Jordan: Then I will. Yes, you did lie under oath. And Trump’s the one in legal trouble? Is it true that the timing of the exchange, two days after the so-called whistleblower’s complaint, is fair indication of the amount of coordination between House Democrats and this Brennan operative/former Biden aide in crafting this whole Ukraine impeachment scandal?

Jordan: Is it true you ordered government staff to track the comments and social media of a wide host of President Trump supporters in the media?

Jordan: And the president’s own son.

Jordan: In other words, you used government resources, taxpayer money, to investigate your political opponents?

Jordan: Okay. I’ll answer for you. Yes. Yes, you did. And you used a George Soros-linked service to do it, according to Judicial Watch. The same George Soros whose groups — at U.S. taxpayer expense! —  were working with the Obama State Department and what you impeachment witnesses call the “inter-agency council”  to instigate revolutions in numerous countries around the world. Including government overthrows in Egypt. Libya. Syria. … and Ukraine.

So isn’t that really what this is all about? Why the sudden frenzy over the call to Ukraine? This whole impeachment fiasco? Is it because Trump is onto you? Onto the massive corruption and the systematic, bureaucratic radical revolution-generating enterprise?

Jordan: And Trump knows the same playbook that caused revolution in Egypt, brought chaos, slavery and the slaughter of four American diplomats in Libya and the overthrow of the Ukraine government is being used right now on the United States. What did Obama call it? The “fundamental transformation of America”?

Adam Schiff: Do not answer that!

Jordan: And so Trump has to be destroyed at all costs.

Adam Schiff: Do not answer that!!!

Jordan: I yield the rest of my time to Rep. Elise Stefanik.

Stefanik: Woman to woman. Isn’t it sexist and insulting to women that the Democrats made it a big deal you were weepy in your behind closed doors, Star Chamber audition for these public hearings? That you’re dragged up here on a Friday to provide emotional testimony to counter the stunning lack of cold, clear evidence?

Stefanik: One last question. Do you have anything else you would like to add to your testimony? Something else the Democrats and media seem very eager to ignore and cover-up?