The Impeachment Reminds Me Why I’m a Conservative 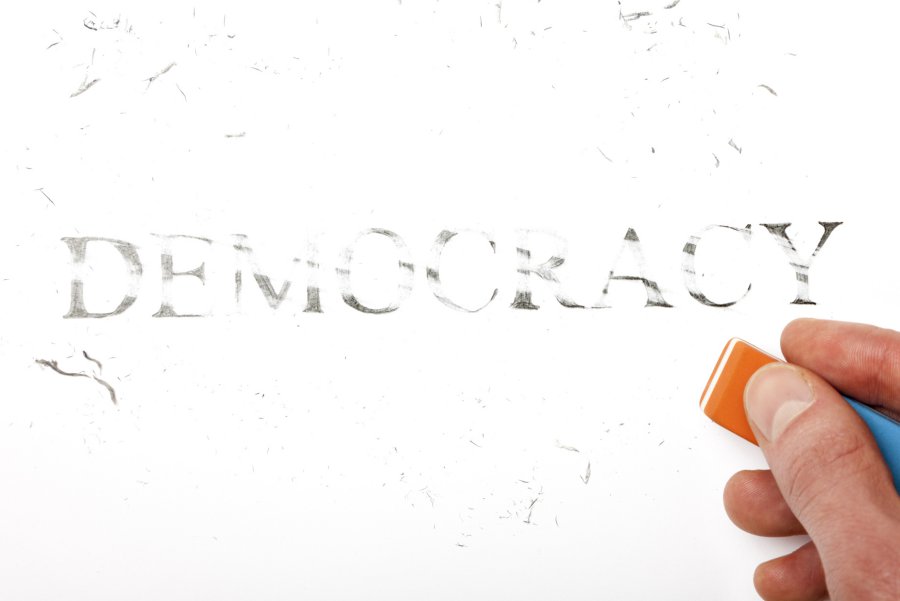 Watching the Democrats’ kangaroo court impeachment of President Donald Trump reminds me of one big reason I went conservative. I believe in democracy. They don’t.

I have written about my journey from left to right before. My firsthand experience of being a pro-life liberal pushed me away from the Left. And I have explained what I found attractive in the Right.

The Left is anti-majoritarian. They don’t trust the people to govern themselves. They believe that they, your betters, should rule over you for your own good.

I was raised to believe that America was a republic, a representative democracy “of the people, by the people and for the people,” in Lincoln’s famous phrase. As a law student some 25 years ago, I learned for the first time how many of our professional elites do not see the world that way. To them, America was a country too bigoted, too racist, above all too religious, to be trusted to govern itself.

Much of this talk revolved around the need to protect oppressed minorities from oppression. I had no objection to that cause in principle. But many of my professors and fellow students sometimes spoke as if bloodthirsty mobs had massed in the parking lot and started lynchings and pogroms against racial minorities, gay people, poor people, women, and they themselves.

But I never saw that. What I saw instead were people who lacked a sense of history and America’s special role in it.

A government “of the people, by the people and for the people,” is incredibly unusual, when measured against world history. For most of world history, powerful minorities oppressed the majority and ground the people beneath their boot heel.

I don’t think most of our friends on the Left know or understand this. They don’t know how unique a thing American freedom is in the history of the world. Or how fragile it is. Which brings us to the Trump impeachment.

On the merits of the case for impeachment, I agree with the testimony of law professor Jonathan Turley. There is none. Or, as the Wall Street Journal editors put it last week: “If Mr. Trump is guilty of bribery for his Ukraine acts, then so are most American politicians. Democrats are defining bribery so broadly for their impeachment purposes that they are also indicting Mr. Biden, Mr. Menendez and probably most previous American Presidents.”

The Democrats, they said, “are trivializing impeachment. They are defining down a constitutional ‘remedy,’ to borrow Mr. Schiff’s word, when it ought to be reserved for genuine ‘high crimes and misdemeanors’ that most Americans would readily understand as such.”

But it is more than just that. Tucker Carlson explained it in his speech to the National Conservatism conference last July. He called the progressives’ criticism of conservatives “a kind of Freudian projection.” He explained: “Whatever they say you’re doing is precisely what they’re doing.”

For the last three years, progressives have told us that President Trump — and we who support him — are “subverting democratic norms.” We’re not.

That is what all this has been about. The Russia collusion hoax. The flimsy claims of obstruction of justice. And the exceedingly wide definition of bribery in the Ukraine phone call.

In doing so, they expose themselves. Much of our establishment — media and political, Democrat and Republican — has revealed itself to be a self-interested elite with no interest in what is best for America. And no with respect for American democracy and our democratic traditions. One of which is: When you lose, you lose.

Were it otherwise, they would have done the normal thing and focused on beating Trump in the next election. That is how you remove a foe without harming the country. If you respect democratic norms.

But they don’t. They don’t believe that America ought to have a government “of the people, by the people, and for the people.” The 63 million of us who voted for Trump don’t deserve to govern ourselves, they believe.

I saw this anti-American attitude among our aspiring elites twenty-five years ago. Now, thanks to the Trump impeachment, the whole country can see it too.

Note: A few minor changes made since publication, to correct his editor’s mistakes.