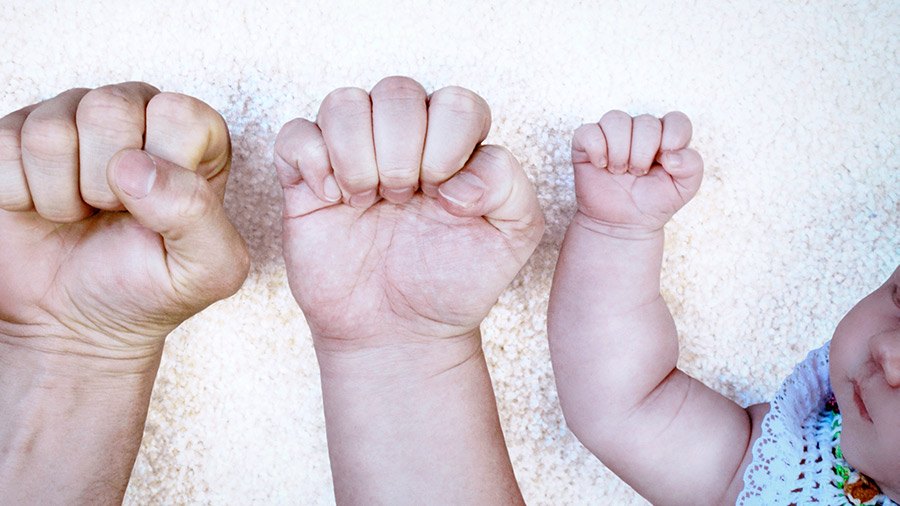 If you’re not following Dr. Jennifer Morse on family issues and sexual morals, you’re missing out. I meet her every year at the wonderful gathering Acton University. It collects defenders of ordered liberty, virtue and economic empowerment from all across the world. This year she gave a terrific talk on her book The Sexual State. It’s an important read, because it highlights how the sexual revolution resembles the French and the Russian Revolutions. Each one saw utopian movements championed by intellectuals grab vast, unaccountable power, then set up a state to impose their ideas by force on anyone who resisted.

That’s right, the Sexual Revolutionaries were every bit as interested in grabbing coercive state power as the Jacobins or the Bolsheviks were. Simone de Beauvoir famously said:

No woman should be authorized to stay home to raise her children. Women should not have that choice, because if there is such a choice, too many women will make that one.

She was a libertine, but no libertarian — in fact she obediently echoed the Stalinist politics of her mentor and master, Jean Paul Sartre. For whom she served as a pimp, recruiting younger women for her former lover.

Morse shows how the New Left used the language of liberation and empowerment to cover its coup over the organs of the state — always with the pretense that it was simply advancing people’s rights. But the rights of the unborn ended up in a medical waste dumpster. Likewise the rights of businesses that wanted to pay a “living wage” to fathers of families. That’s now illegal, and has been since the overly broad Civil Rights Act of 1965. In fact, we have set up a vast and intrusive bureaucracy aimed at forcing equal outcomes between the sexes, the differences between the sexes be damned.

Now, in the wake of a narrow and dishonest Supreme Court decision, we must all pretend that same sex marriage is real. Only explicitly religious employers (for the moment) may cling to the pre-2015 truth. Not even wedding vendors or cake bakers.

It wasn’t even a year before the revolutionaries extended their grab for power. Now they’re using the power of government, and all the intimidating force of Woke Capital, to force us to accept an unheard and insane idea of gender —namely that there are 100 “genders,” which bear no relation to physical sex. They are more like moods, and they can change from day to day.

The only important thing? That we dissenters must be forced to recognize them, and punished if we refuse. Let girls in locker rooms, women in rest rooms, and real, physical women competing in sports be damned, as well.

As I said, read Morse’s book. For a flavor of how she cuts across stale debates and highlights the victims of our current, post-Revolutionary regime, check out her latest. In a column at the National Catholic Register, she calls on us to “Make Families Great Again.” Using President Trump’s campaign language with a bit of a twist, she calls on Secretary of State Pompeo to advance real human rights that the sexual revolutionaries have intentionally neglected. That is, the rights of children.

The New Left used the language of liberation and empowerment to cover its coup over the organs of the state — always with the pretense that it was simply advancing people’s rights.

No, not the “right” of sexually exploited girls to abort their babies without reporting their rapists. Planned Parenthood guarantees that. Nor the “right” of small kids to grooming by explicit sex education and drag queen sex offenders at public libraries.

What Are Children? What Do They Want?

Instead, Morse focuses on the things that young people really want. Things that all children crave — instead of what selfish narcissistic adults want to force on them. She writes:

Self-Evident Truth No. 1: Every person comes into the world as a helpless baby.

Self-Evident Truth No. 2: Every person has a mother and a father.

… From these two facts (which I hope everyone will accept), I draw these two conclusions:

Reasonable Conclusion No. 1: Every society needs some plan for helping its members move from helpless infancy to adulthood.

If this job doesn’t get done, there will not be a “society” in any meaningful sense of that term. We don’t need a perfect plan, mind you. But we do need some social structures that address the fundamental issues of infant helplessness and the basic human needs for attachment, connection and identity.

Reasonable Conclusion No. 2: Mothers and fathers cooperating with each other in a lifelong loving union for their mutual benefit and the benefit of their children (including possibly adopted children) provides such a plan for helpless babies. This union is what societies usually call “marriage.”

This line of thought produces its own set of rights, different from those we commonly hear about:

The president campaigned on the promise to “Make America Great Again.”  Without the restoration of the family, he will be unable to fulfill that promise.  But, more importantly, the newly formed Commission on Unalienable Rights has the potential to shift attention from the desires of adults, based on their fantasy ideologies, to the needs of children, based on immutable realities.

Grinding Us Down to Atoms

Morse is right, not just philosophically but empirically. Societies that undermine the family always build up an intrusive government. Because someone has got to take care of the weak and the vulnerable. You know, babies, old people, sick people, etc. If families end up shattered, because the legal system and the culture sees and treats every person as an isolated atom? Then the state will have to step in.

Indeed, statists are more than happy to. Like Marx, they dislike the family on principle as an alternative locus of loyalty. And like Hitler, they claim the state has the first claim on every human being, before his parents. Like Margaret Sanger, they think sexual “liberation” will produce a race of super-beings, unlike previous generations beaten down by biological realities.

The welfare state exploded massively in the wake of the sexual revolution. It had to, in order to pick up all the shattered pieces of the old, familial order. And to glue them back together in shapes more pleasing to bureaucrats and social elites.

Since we seem trapped in the discourse of individual rights, without the freedom to speak of the common good, Morse proves herself both sane and savvy by recasting the evils of the sexual revolution in terms of children’s rights. Let’s hope her approach catches on.

The Darkness at the Heart of Radical Feminism