Antonio Sabato Jr. says he is starting a new film company for other blacklisted actors. 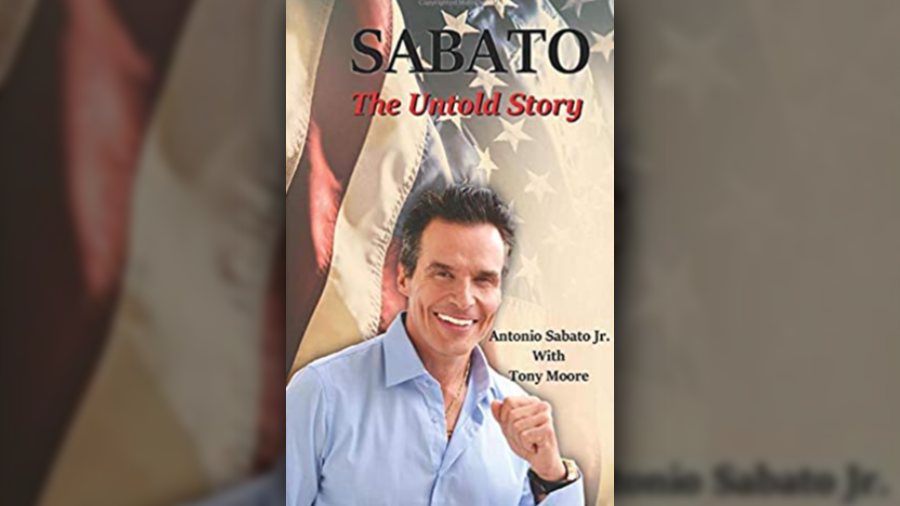 “Faith [is] a very important part of my life — always has been,” actor, model, director and producer Antonio Sabato, Jr., told The Stream. “If it wasn’t for my relationship with Jesus I wouldn’t be here right now. I wouldn’t have survived.”

Antonio’s new book, Sabato: The Untold Story, was released in late July. The book tells the story of Antonio’s childhood, moving back and forth between the U.S. and Italy, nearly being killed by a bomb as an eight-year-old, dealing with a substance abuse problem and being blacklisted in Hollywood for his conservative beliefs. Antonio also writes about how he unsuccessfully ran for Congress and how socialism is taking hold in America.

Antonio has seen the blacklisting of conservative actors since he moved to California in the 1980s. He remembers hearing people in Hollywood talk negatively about conservatives, always pushing for a liberal agenda.

When he was young, he thought about becoming a Democrat, but it was only because he was immersed in Hollywood and of how it was enforced there. “If you were conservative or you mentioned conservatism … they give you a look, and there was some sort of conversation that would turn into an argument, but not as bad as now. Now it’s off the charts. Now it’s not even an argument as physical abuse and bullying. It’s hurting, it’s physical, you know, whatever it may be. So it’s a very scary moment. But, I think that Hollywood does not like rules. They like to make their own rules.”

Antonio was a successful model and award-winning actor for a decade. He found his acting parts drying up after he revealed his conservative beliefs by supporting Donald Trump in 2016 and running for Congress in 2018. “I was blacklisted,” he told Fox News. “All my representatives left me, from agents to managers to commercial agents. I literally had to move, find a new job to survive and take care of my kids.”

It doesn’t matter how famous you are as an actor or actress, how many fans you have or how many millions you have made for Hollywood, with your box office success over a life-long career, having a conservative point of view and speaking about it will end your Hollywood-based career no matter who you are.

Recently, Antonio told Fox & Friends that the left has become intolerant. “Just because I support different ideals, you’re going to put me down? That’s why I left California. That’s why I’m writing my book. I’m going to release it and I’m going to talk about everything that has ever happened to me and my family and about how you can be blacklisted in 2019 in Hollywood.”

Many of those in Hollywood are pushing for socialism in America. Socialism won’t work. “I’ve seen it with my own eyes,” said Antonio. He says friends are dealing with socialism in Cuba and Venezuela. In Venezuela, people who can’t escape are trying to live on nothing. “No water, no clean, nothing. People [are] dying in the streets. That’s socialism.” He points to once-thriving cities like Los Angeles, San Francisco, Orlando and New York, now plagued by crime and joblessness.

“We’re getting to a place where the devil is working and the devil is very much alive right now. And God is saying, ‘You know what? We got it under control’ because God is going to win at the end. But we have to remain faithful. We have to be eager to show our love for Christ.”

But there’s more at stake than politics. To hear Antonio talk about it, Hollywood hates conservatism because they hate Christ in many conservatives. “God is saying to us every day, ‘You’ve got to come close to Me, but to come close to Me, you’ve got to go through Christ.’ And to go through Christ, you have to understand certain laws and dignity and honor and dedication to certain things, you have to give your life to certain things that will change your life ultimately for the best. … [T]hey’re very much afraid of Christ as Christ moves mountains and He moves souls. And when He does, there’s no turning back. It’s beautiful. It’s amazing. And certain people are not willing to go there because it’s a scary thing.”

Because there’s so much work to do, and Hollywood won’t be endorsing Antonio any time soon, he’s starting a studio for actors who have been blacklisted, like himself. He’s already working on one project — a film called Trail Blazers. Actors like Kevin Sorbo, Scott Baio and Kristy Swanson have worked with Antonio on the movie.

“So, I’m just going to fight for this and I have a great team of people with me, I have a great production company and we’re going to open the studio. We’re going to make it happen for America and the future of this country and the future of our industry. Hollywood has got to be fair. It cannot be happening where your mouth is shut or you’re being blacklisted left and right for your political or spiritual ways of life. It’s got to stop, and we’re going to do it by doing things like this.”