If the Foundations are Destroyed, What Can the Righteous Do?

The Effect of Immorality on an Entire Culture 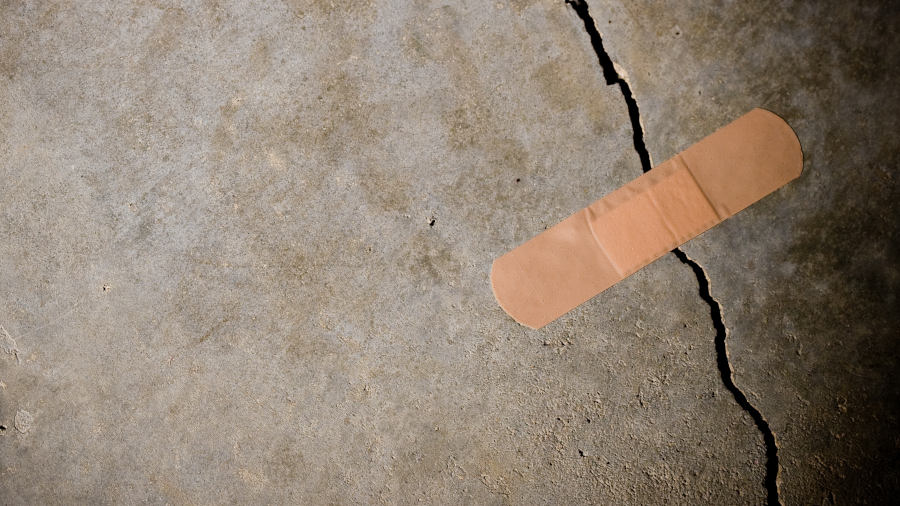 It has come as an enormous shock to those raised in a Christian-friendly culture that, in one generation, the foundations of Judeo-Christian law and morality have been upended.

States have passed laws that criminalize help for homosexuals and others who want to leave broken lifestyles. Pornography flows like sewer into every corner of the globe. New rules force children to endure the invasive eyes of opposite sex people in bathrooms and showers, and force-feed them “how-to” lessons on unimaginably perverse behaviors in our nation’s classrooms, libraries and media of every kind. Not to mention the pervasiveness of the sex trafficking of minors worldwide.

“The wicked strut about on every side when vileness is exalted among the sons of men.” (Psalm 12:8)

Our culture has thrown off the moral restraints that have governed western nations for millennia (Proverbs 29:18). The wholesale murder of children in their mother’s wombs and the genocide of the elderly has become the norm rather than the exception. Everyone seems to do what is right in their own eyes (Judges 21:25, Proverbs 21:2, Isaiah 5:21).

In lament, the psalmist cries out, “If the foundations are destroyed, what can the righteous do?” (Psalm 11:3)

Why Doesn’t God Do Something?

The Book of Psalms asks the question that is on everyone’s mind:

Why do You stand afar off, O Lord? Why do You hide Yourself in times of trouble? In pride the wicked hotly pursue the afflicted; let them be caught in the plots which they have devised. For the wicked boasts of his heart’s desire and the greedy man curses and spurns the Lord. The wicked, in the haughtiness of his countenance, does not seek Him. All his thoughts are, “There is no God.” …

He says to himself, “I will not be moved … God has forgotten; He has hidden His face; He will never see it.”

In these psalms, we see that the wicked are blind, proud, unrepentant and arrogant in their sin. God has hidden Himself from them so that they will be “caught in the plots which they have devised.”

This is reminiscent of passages in Ezekiel (16:39a; 23:9a; 23:24c, 35b), Jeremiah (2:19), and Isaiah (64:7), where God declares that He will give people over to their idols and that it will be those idols that will exact punishment — most frighteningly, by removing their capacity to resist and repent of their sinful actions.

And so, the psalmist cries out, “If the foundations are destroyed, what can the righteous do?” (Psalm 11:3)

The Hidden Wisdom of God

Consider this: if God unilaterally kept us safe from the evil of this world, our pursuit of Him would be for His hand, not His face. We would follow Him for His actions on our behalf rather than for the glory and goodness of His person.

Faith would not play the part that it was designed for — to call us to believe in His power and goodness, even in the face of darkness that seems triumphant and overwhelming.

Believing in God’s wisdom and goodness is the groundwork for relationship with Him. In order to work that into us, God must sometimes hide Himself during times of trial, so that our motivation for believing in Him is the wisdom and love that He expressed through His death on the cross.

God gives men a free will and provides direction for moral choices. For a season, evil will have its triumphs. For a season, we are called to share in the sufferings of Christ (Romans 8:17; 2 Corinthians 1:3-5; Philippians 1:29, 3:10) — even though the foundations have been destroyed.

On the day of judgment, evil will no longer prosper. Good will no longer be under assault. The evil one will be stripped of his power and deceive men no longer.

In suffering with Christ, we are made like Him. In suffering, we grow in character (Romans 5:3-4). Suffering enables us to know Him in ways nothing else could.

“Rejoice that you participate in the sufferings of Christ, so that you may be overjoyed when His glory is revealed.” (1 Peter 4:13, NIV84)

But that is a temporary state of affairs. On the day of judgment, evil will no longer prosper. Good will no longer be under assault. The evil one will be stripped of his power and deceive men no longer.

David, Solomon, Job, Habakkuk and many other biblical characters questioned God in this matter, and did not receive a complete explanation. Even the apostles questioned the actions of their Lord. He hadn’t acted in the way they expected. He hadn’t overthrown their oppressors and brought judgment on sinners. And evildoers continued to prosper.

Yet, as they grew in wisdom and stature in the Lord, they declared that their sure foundation lay not in what they could see and hear, but in Christ alone. As the old hymn “How Firm a Foundation” pronounces,

When through the deep waters I call you to go,
the rivers of sorrow shall not overflow;
for I will be with you, your troubles to bless,
and sanctify to you your deepest distress.

When through fiery trials your pathway shall lie,
My grace, all-sufficient, shall be your supply;
the flame shall not hurt you; I only design
your dross to consume and your gold to refine.

The answer that God gives us today is the same. He will vindicate the righteous and judge the unrepentant sinner in due time and in a way that displays the perfection of His justice and His grace.

Seeing Through a Glass Darkly

There will come a day when the dark glass that we see through will be made clear. For those who have held on to their hope in the character of God, regardless of all evidence to the contrary, there will be great joy and blessing in His presence forever.

What can the righteous do when the moral foundations have been destroyed? As we’ve seen, we are to hold fast in faith that God will eventually vindicate the righteous and exact judgment on those who refuse His offer of forgiveness for their sins.

Considering the 40 million Christians who have been tortured and killed for their faith through the ages, we mustn’t conclude that God has abandoned us or that we should be exempt from suffering and persecution. Though the prospering of the unrighteous is an enigma, trusting in God is the answer.

“For now we see in a mirror dimly, but then face to face; now I know in part, but then I will know fully just as I also have been fully known.” (1 Corinthians 13:12)

Dr. David Kyle Foster (M-Div, Trinity Evangelical Divinity School; D-Min, Trinity School for Ministry) is the author of Transformed Into His Image and The Sexual Healing Reference Edition. You can listen to his twice-weekly podcast by going to: www.charismapodcastnetwork.com/show/purepassion.