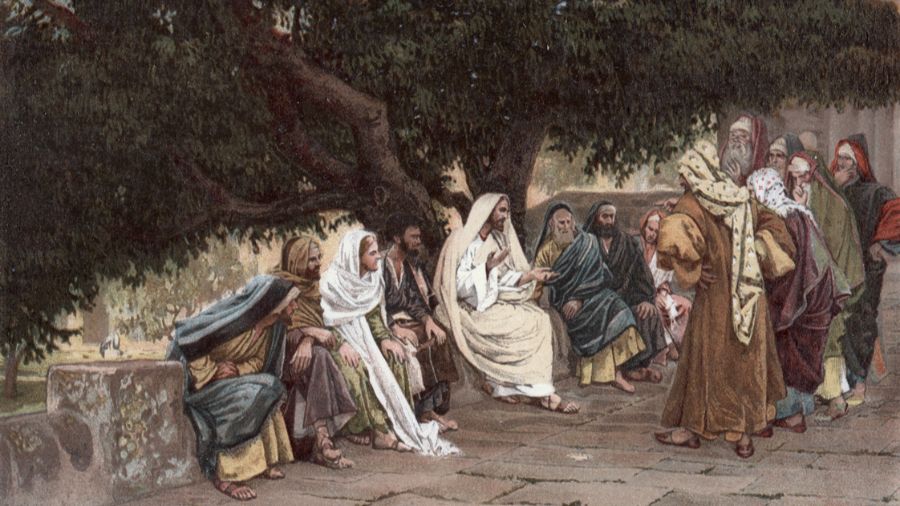 This is the fourth in a series of posts this author has written on Christianity and the LGBTQ Movement. See also:

If homosexuality is so bad, why doesn’t Jesus condemn it? That is to say, if homosexuality is as sinful as Christians have been saying for almost 2,000 years, Jesus seemed to miss the memo. Not only that, he went out of his way to embrace the outcasts and sinners of that culture. And because his main message was love and acceptance, revisionists argue that Jesus would accept homosexuality.

While this argument sounds attractive at first, in the end, it simply doesn’t work. Let me give you four reasons why.

From 200 BC to AD 200, several Jewish writers mention homosexuality. And without fail, they all speak of it in pejorative terms. Let me share a few examples:

“These are they that are to be stoned: he that has sexual intercourse with his mother, his father’s wife, his daughter-in-law, a male, or a beast.” — Mishnah, Sanhedrin

“What are our marriage laws? The law recognizes only sexual intercourse that is in accordance with nature, the (intercourse a man has) with a woman, and that only for the procreation of children.” — Josephus in Against Apion

“For not only in being madly desirous of women were they destroying marriages of others but also, although they were men, (they began) mounting males, the doers not standing in awe of the nature held in common with those who had it done to them … and brought their work to completion by making their very souls more degenerate.” — Philo in Life of Abraham

“God convicts the persons who are idol worshippers and sodomite fornicators, and for this reason he brings down the flood upon them. … all the world will be reduced to … abominable fornications, that is, friend with friend in the anus, and every other kind of wicked uncleanness which it is disgusting to report.” — 2 Enoch 34:1-2

These quotes demonstrate that the Judaism of Jesus’s day viewed homosexuality in a negative light. We don’t know of a single dissenting voice. With that in mind, Jesus’s silence on the matter doesn’t indicate his acceptance of homosexuality. All it means is that he didn’t encounter anyone who argued in favor of it.

By way of illustration, in the five years I’ve been at my church, I can’t think of one sermon we ever preached against gang rape, bestiality or incest. But that’s not because we affirm those practices. It’s because they’re non-issues that nobody disputes.

While Jesus doesn’t ever condemn homosexuality explicitly, one could argue that he does so implicitly by his affirmation of marriage between one man and one woman as outlined in Genesis 1-2. While responding to a question on divorce, Jesus declares:

“Have you not read that he who created them from the beginning made them male and female, and said, Therefore a man shall leave his father and his mother and hold fast to his wife, and the two shall become one flesh? So they are no longer two but one flesh. What therefore God has joined together, let not man separate.” — Matthew 19:4-6

Jesus’s affirmation of marriage as prescribed in Genesis 1-2 strongly suggests that he held to the traditional view that marriage is exclusively for members of the opposite sex.

Jesus Had Stricter Sexual Ethics Than His Contemporaries

Revisionists argue that Jesus was all about grace and not law, and therefore, he wouldn’t have held to the same sexual ethic of Leviticus 18 and 20. But from what we read about Jesus, we have no reason to think he would have adopted a more lenient view on homosexuality than the Old Testament. After all, when he does address sexual issues, he typically adopts a stricter approach than the average Jew.

“You have heard that it was said, ‘You shall not commit adultery.’ But I say to you that everyone who looks at a woman with lustful intent has already committed adultery with her in his heart. If your right eye causes you to sin, tear it out and throw it away. For it is better that you lose one of your members than that your whole body be thrown into hell.”

Notice Jesus’s position here. Not only does he oppose adultery (one of the other sexual sins mentioned in Leviticus 18), he seems to raise the bar. He argues that even fantasizing about adultery is sinful. Jesus is so concerned about sexual purity that he exhorts his followers to do whatever is necessary to fight against sexual temptation. For it’s far better to inconvenience yourself now, he argues, than to be thrown into hell.

Not Just One Time

We also read Jesus taking a strong stance against adultery elsewhere. In Matthew 19:8-9 he argues that anyone who divorces their spouse for any reason other than their sexual infidelity and then remarries and has sexual relations with their new spouse is guilty of adultery (Mt. 19:8-9). Again, we see that Jesus is extremely concerned about sexual ethics. After all, who else was saying that having sexual relations with a second spouse makes one guilty of adultery?

What these examples demonstrate is that we have no reason to believe Jesus would have adopted a more lenient position on Old Testament sexual ethics. If anything, he held to stricter views.

But wasn’t Jesus all about love? Wasn’t he a friend of sinners? Didn’t he spend time with prostitutes, lepers, tax collectors, and anyone else who might be labeled a “sinner”? Yes, yes, and yes. Does it follow, then, that he gave approval to their sin? In a word, no.

The woman caught in adultery in John 8 is a popular text for this argument. After all, Jesus said, “Let him who is without sin among you be the first to throw a stone at her” (John 8:7). Then a few verses later Jesus asks the woman, “Has no one condemned you?” She said, “No one Lord.” And Jesus said, “Neither do I condemn you; go, and from now on sin no more” (John 8:10-11).

I simply want to draw our attention to the last phrase “and from now on sin no more.” While Jesus doesn’t condemn the woman, which alludes to the death penalty for adultery, he still exhorts her to change her life. That is to say, he didn’t approve of her sexual sin. Jesus preached repentance.

His main message, after all, was “the kingdom of God is at hand; repent and believe the gospel.” He asserted that “he did not come to call the righteous, but sinners to repentance” (Luke 5:32). Or he warns, “I tell you; but unless you repent, you will all likewise perish” (Luke 13:3). And at the same time, Jesus was the most loving person to ever walk the planet. People gravitated towards him — especially the outcasts and sinners. Jesus spent so much time with these individuals, that the religious leaders condemned him for it. We read in Luke 15:1-2:

“Now the tax collectors and sinners were all drawing near to hear him. And the Pharisees and the scribes grumbled, saying, ‘This man receives sinners and eats with them.’”

This was a common complaint as evidenced again by Mark 2:16:

“And the scribes and Pharisees, when they saw that he was eating with sinners and tax collectors, said to his disciples, ‘Why does he eat with tax collectors and sinners?”

Jesus consistently sought after the outcasts with compassion. But let’s not confuse compassion with approval of their sin. After all, the most scandalous people Jesus associated with were tax collectors. Every Jew despised these people because they frequently charged more for taxes than what was required in order to line their own pockets.

But I’ve never met a person who thought Jesus’s association with tax collectors meant that he approved of financial exploitation. No, Jesus’s goal was their repentance. Even though the rest of society had rejected them, he wanted them to know that God would accept them if they repented of their sins. Zacchaeus is a prime example. Once he encountered Jesus, he repented by paying back all the money he had stolen (Luke 19:8). Jesus’s association didn’t mean approval. It was his way to reach them with the gospel.

While Jesus doesn’t condemn homosexuality outright, we have no reason to think he would have approved of same-sex relationships. His silence on the issue merely demonstrates that it was a non-issue during his day. Elsewhere, Jesus affirms marital norms as outlined in Genesis 1-2, declares strict positions on sexual ethics and calls sinners to repentance.

In the next post, we’ll ask the question: What does Paul say about homosexuality?