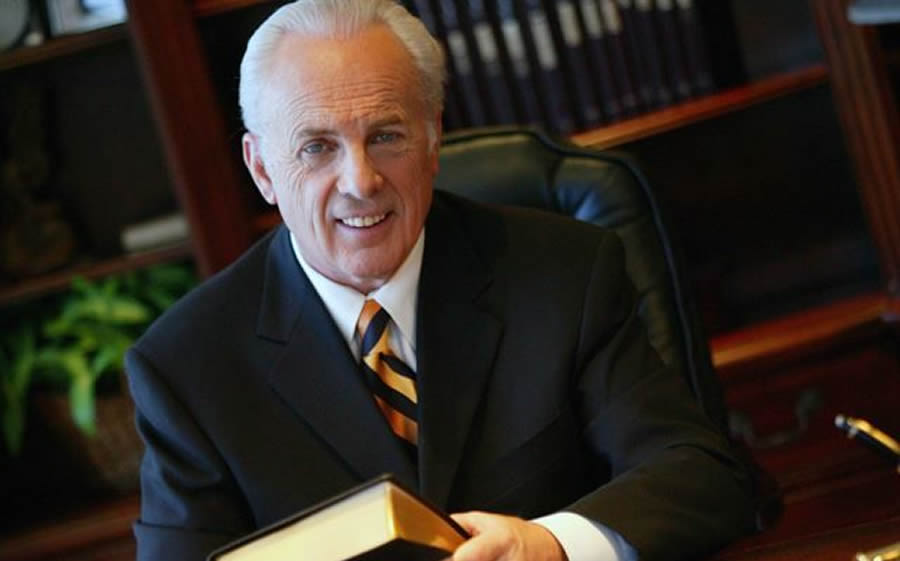 “A lot of people who are talking about this in the media ask the question, ‘What right does Grace Community Church have to open in the midst of this mandate?'” Thomas More attorney Jenna Ellis told The Stream. “Well, that’s not the appropriate question. The question, of course, is what power does the city and state and county have to force churches to close? And the bottom line is they don’t.”

Even so, lack of power didn’t stop Los Angeles county from issuing a “cease and desist” order to Grace Community Church and its pastor, John MacArthur, for holding church services. The July 29 order threatened the church and Pastor MacArthur personally with a $1,000 fine per day and up to 90 days in jail. Ellis’s team at Thomas More is representing Pastor John MacArthur and Grace Community Church in a lawsuit filed after the cease and desist order was issued.

The Los Angeles County Superior Court announced Thursday that there was no order prohibiting Pastor MacArthur and Grace Community Church from holding indoor church services. Ellis reacted to the news in a statement:

We are pleased with the outcome today. Judge Mitchell L. Beckloff correctly found there is no court order prohibiting Grace Community Church from holding indoor services. LA County continues to harass and target Pastor MacArthur. Having failed to get a court order to shut down the church they have sought three times, they’re going to try again by hauling us back into court. Ironically, LA County said in its application for contempt that, ‘Grace Church cannot thumb its nose at the court when decisions don’t go its way,’ yet that’s precisely what LA County is now doing themselves. We will simply continue to defend our client’s constitutionally protected rights because church is essential.

How It All Began

For 63 years, Grace Community Church, in Sun Valley, Calif., has  been serving their community. For 51 of those years, John MacArthur has been the lead pastor. When COVID-19 hit, MacArthur and his elder board decided, like many churches, to offer live-stream services only. But the models for the pandemic didn’t turn out as first advertised. For three weeks, MacArthur preached to an empty church. By the fourth week, his parishioners began to return. More and more people began showing back up for services. “The … crowd just kept growing every week as they began to realize that the statistics weren’t what they thought they were going to be,” said MacArthur. “Our elders put out a statement on that two weeks ago, just our stand. ‘We’re going to have church and you’re welcome to come.’ And they started coming.” That statement on their website was dated July 24.

Within days, Grace Community Church and MacArthur received the cease and desist order. Not only that, but the mayor, Eric Garcetti, has threatened to shut off water and power to the church if they don’t comply. Health workers from the county even came to church to observe the service, on a number of occasions, presumably to make sure masks were worn and people were “socially distanced.”

But the statistics don’t match up with the projections, MacArthur explained. “Now, if we felt that people were dying from COVID, it would’ve been one thing. But on this situation, the governor started saying, ‘You can’t worship. You can’t sing, you have to wear masks.’ And obviously … he was stepping into the very worship and expression of the church.” MacArthur’s church of 7,000 people have yet to have anyone ill with COVID.

MacArthur explained why his church members felt that they could return to church. “At the time we opened, there were 8,500 deaths in California of 40 million people. That’s .02%.” He continued:

So that means you had a 99.98% chance of not dying from this. And by the way, half of those 8,500 or more than half were over 80 years of age. So if you’re under 80 years of age, it was 99.99%. So we didn’t buy the narrative anymore. It just wasn’t anything like it, you know, even the people in the health area were saying hospitals, many hospitals were virtually empty. It wasn’t what they said it would be and our people made those decisions on their own, and they just started to come back realizing we had no one in our church that we knew of who was sick from COVID. And that’s a large congregation. No one had that we knew of in our church had been hospitalized. So it just didn’t make sense. And people had been interacting in smaller groups because it’s, the church basically is where they have developed their friendship. So they were getting together and I just think they felt safe and they started coming back.

For Ellis and MacArthur, the intrusion by the state and local government is much more than just making sure people are safe. “Constitutionally, it’s absolutely targeted discrimination at this point against churches and against the free exercise of religion and the freedom of association.” Ellis pointed out that churches are specifically protected through the First Amendment. However, protesters can march without masks or socially distancing. “They’re turning a blind eye to political protests. … It’s an unconstitutional overreach.”

“The hypocrisy of it is patently obvious,” said MacArthur. From August 2 through August 7, there were days and nights of protests without any thought to social distancing. The very week MacArthur’s church received the order, those protests were taking place with “no restraints.”

MacArthur will continue to preach. “God does his best work through us when we struggle and when we’re weak we’re really strong. So there’s no fear here.”

MacArthur has asked for prayers for his church and himself during this situation. “Pray that we will remain faithful and that the Lord Jesus Christ will be honored. … We pray for the salvation of our leaders. We don’t hate them. They’re not our enemies, they’re the mission field.”