Unfortunately it's ignorance instead. Either that, or else emotionalism, guilt, or shame have caused them to turn their brains off completely. It's that bad. 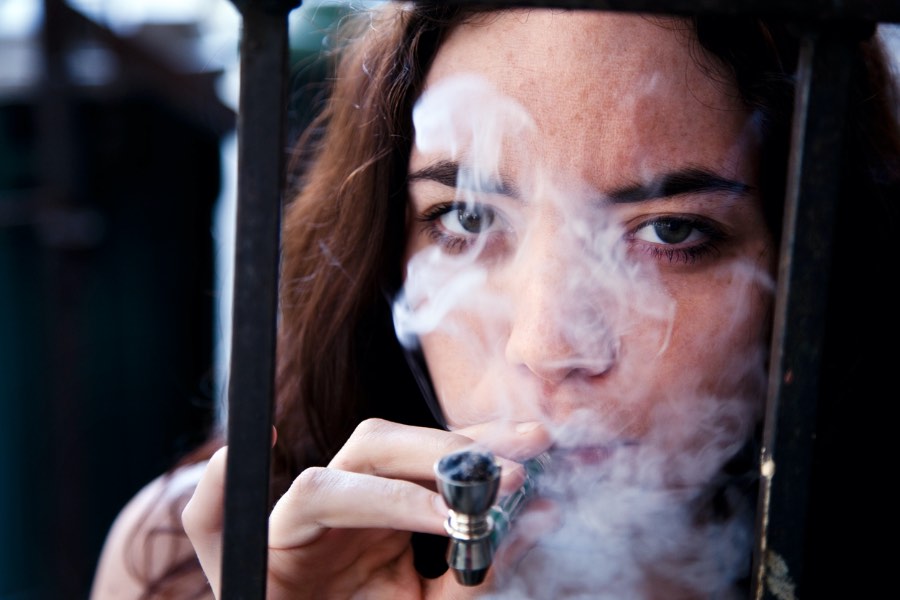 It’s too painfully obvious: Police-free zones can’t work. Yet cities across the land are seriously considering them anyway.

I wish we could blame the idiocy on drugs this time. Surely some of these people are sober, though. Sober, yet ignorant. Dangerously, foolishly, obviously ignorant. They think they’ve got all the secret wisdom needed to build new homes for the whole world to live in. They’ve got their nails all ready, and they’ve picked up their handsaws to pound them in.

Yes, it’s that bad. There’s just too much wrong — and too obviously wrong — with the thought of a police-free world. There’s also something wrong with a nation that doesn’t immediately laugh it off as ridiculous.

Nonsense As an Art Form

Ray Levy-Uyeda, who writes for Mic.com, forgot to laugh. He thinks Seattle’s “Capitol Hill Autonomous Zone” (CHAZ) is a great picture of what “a police-free world looks like.” It’s “in the early days of demonstrating what it looks like to live in an interdependent, police-free society.”

No, Mr. Levy Uyeda, it’s not. If CHAZ has demonstrated anything at all, it’s this, and only this: A small, homogeneous social fragment can live in an illusion of autonomy, much of it hidden from outsiders, and make it appear to work for a week or so.

That limiting — yet realistic — perspective does nothing to dampen his enthusiasm, though, nor does it quell others’ utopian butterfly-dreams. Levy-Uyeda quotes a teacher in the area who says it represents “the most beautiful forms of peace and love and mutual aid, art, expression, [and] public discourse.”

Art? I’ve seen photos of some graffiti. If romanticized nonsense were an art form, though, then this teacher’s sentimentality just might count as a masterpiece.

Let’s try some realism instead. First, CHAZ is not a revolutionary demonstration of a new way of getting along together. It’s been done before. Millions of times. You’re undoubtedly in a version of it yourself — minus the silliness, of course. Because CHAZ (or CHOP, a new label since Levy-Uyeda wrote) is nothing more special than any other smallish-sized group of people with shared values, cooperating to achieve a common mission.

Every small- to medium-sized business fits that description. So does virtually every church, as well as every local non-profit organization. Ever play in an adult sports league? They’ve got umps or referees, sure, but you don’t see them carrying handguns to keep the peace.

Lots of enterprises get along without security guards or police protecting their members from each other. And they do it without all this odious self-congratulation for it.

A Few Blocks, Maybe. A Whole World, Though?

So CHAZ success, such as it is, is nowhere near as unique as they claim it is. There are limits to casual cooperation, though. This movement’s founders aren’t talking about “a few blocks in Seattle without police,” remember, but “a world without police.” So what happens if CHOP were to really succeed — and to grow?

Pardon me for stating the obvious, but it wouldn’t take long before they run into some folks who don’t share their values — and that’d be the beginning of the end for them. I give it days at most, if the collapse hasn’t already begun before this goes to press.

If we can’t blame it on drugs, then we’re forced to conclude they’re operating — and influencing others — from a level of ignorance so extreme, it’s a hazard to us all.

It’s certain that they’ll run into people who aren’t so filled with goodness and light. Thieves. Muggers. Rapists. (In fact, they already have: “Rapes, robberies, and all sorts of violent acts.”) Levy-Uyeda tells us CHAZ has a “security team”: “veterans, lawyers, social workers, and [EMTs].” A lot of good that’ll do when someone pulls a knife on them — or a gun.

They’ll also run into people of lesser, shall we say, ideological purity. Some will surely seek to undermine the movement’s success, so they’ll have to be silenced. So much for a free state. Either that, or they’ll need to be confined — so much for a police-free state — or perhaps “re-educated.” Given the movement’s Marxist roots, that Soviet-sounding solution might be exactly what they have in mind.

Leaders Will Arise, and They Will Fight Each Other

Now I ask you: Is any of this hard to figure out? Is any of it not obvious?

CHAZ may work for a while. It’s small, and it has enough people in it who think alike. But people keep talking about a “world” without police. Cities, at least. Again, let’s suppose that CHAZ is Seattle’s seed for that police-free community. It’s going to have to grow. A lot. A few blocks just won’t do it, not when we’re talking about a whole city. And that’s going to require some structure. Amoebas don’t need bones, giraffes and humans do. Small organizations thrive easily enough on mere relational cooperation, larger ones require structure. Organization. Leaders. Management.

You can imagine a leaderless organization only if you’ve never actually tried to be in one. Organizational psychologists actually set people up in leaderless groups to see who takes the lead. Someone always does, others always either compete or follow.

So this movement, if it grows, will grow leaders, too. And given enough time, leadership always arouses opposition. Someone always disagrees,  someone always wants the power. Leaders can only stay in power by persuading some people, and by enforcing their vision and values on others. That’s en-forcing, mind you. And it’s absolutely unavoidable in larger organizations, including social movements.

Human structures require rules, too. You can soften the term to “norms” if you like; either way, people generally comply, or else the whole structure is doomed to collapse. Compliance is easy to gain in small, tight-knit groups where everyone agrees with the norms. That’s not, however, what you’d call a great description of a world without police. Or even Seattle without police.

All this is still too painfully obvious. And I haven’t even begun to speak of what happens when Seattle’ “Autonomous Zone” bumps into, say, Tacoma’s “Autonomous Zone.” You don’t suppose that’ll happen without some friction, do you?

Eventually Someone’s Going to Have to Act Like Adults

Those scare quotes I just used were necessary, by the way. This zone’s “autonomy” is a lie. Levy-Uyeda says the city of Seattle has pledged to “clean the area and maintain chemical toilets for those living within the zone.” The kids can play as long as mom and dad pick up after them. With or without police, though, eventually people are going to have to act like adults.

This whole dream of police-free cities is so unrealistic, so flawed, so plainly obviously impossible, only complete and utter ignorance could entertain any hope of it.Yet Levy-Uyeda thinks CHAZ-style “radical change — may be just what Seattle and the rest of the country need.” And I’ll bet he wasn’t even on drugs when he wrote that.

I’d prefer it if I could think he was, he and all the über-optimistic utopians in Seattle, in the media, and in “progressive” cities across America, talking about de-funding their police. I don’t think we can blame it on drugs, though. We’re forced instead to conclude that they’re operating — and influencing others — from a level of ignorance so extreme, it’s a hazard to us all. If not ignorance, then emotion, guilt, or shame so extreme, they’ve effectively shut their minds off.

Our best bet in the face of this is to keep our own heads on. Someone’s got to act responsibly. I expect that’s going to have to include confronting them at some point. Let’s at least be prepared to confront them with plain, sober reality.