That's true for white Americans, and should be for Latinos too. 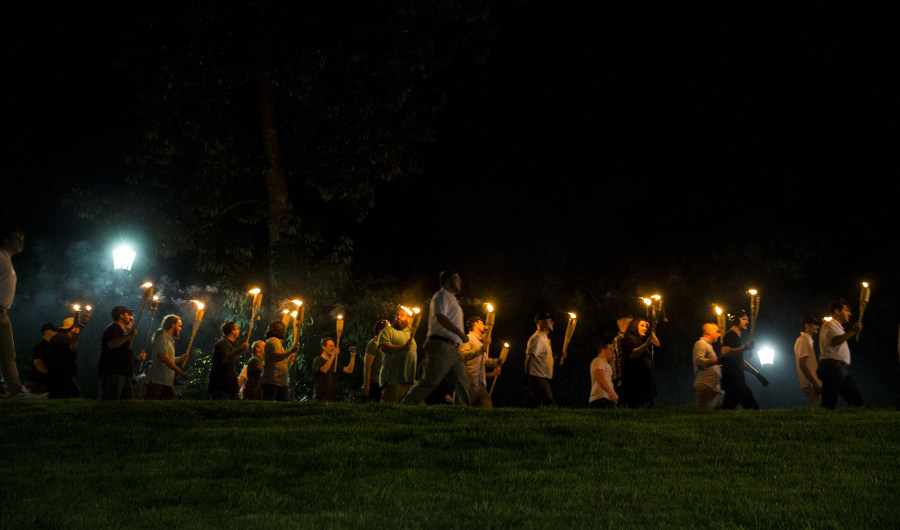 Identity politics aren’t intrinsically evil. If they were that would mean they were always wrong. In every situation, no matter the circumstances. So we’d have to say that it’s evil for Arab Christians in America to take a special interest in their persecuted cousins in Syria. Or for African-Americans to focus on charity for Haiti, instead of Laos. To some degree, ethnic loyalty is an extended form of nepotism. It’s a form of familial loyalty based on perceived biological kinship.

Then again, machine guns, bombs, tanks, and bombers aren’t intrinsically evil, either. But they are dangerous. So is identity politics. At the micro level, we don’t like to see straight-up nepotism take over in government. Though it happens. We see the rise of outright dynasties such as the Kennedys and the Bushes. That’s not part of our republican tradition, but it seems to be a default position in human nature. Tribalism is part of who we are. But it is rarely the best part. We must take account of it, but keep it under control.

So far, in America, we’ve accepted identity politics when practiced by minority groups, whom we see as disadvantaged. That doesn’t mean they never abuse the privilege, of course. The spectacle of a lying demagogue such as Al Sharpton being treated as a “leader”? That ought to nauseate any decent human being. Likewise the rise of embittered ideologues like Rep. Ilhan Omar and Rep. Rashida Tlaib.

One line we have maintained is that identity politics is off-limits for more powerful or “majority” groups. Hence “men’s rights” or “straight advocacy” organizations have gained little traction. Even when they’ve made perfectly legitimate points. And of course, we have looked with scorn on groups that claim to advocate for “white” or “Euro-” Americans. Typically, such groups are started by those who want to re-impose discrimination. Some innate sense of justice makes us suspect the motives of anyone from a “top dog” group who claims the right to resort to identity politics.

There’s a good reason for that. Doing so violates the magnanimity we expect of a group that’s strong enough to impose its mores and defend its interests throughout society. The main advantage of having a single group clearly in charge? We can demand that it act disinterestedly. We can expect most of its members to act on behalf of all of society. Instead, you know, of their narrow perceived group interests. In countries like Yugoslavia or Iraq, where no group is strong enough to feel that secure, or shoulder that burden? Then you get chaos.

The Danger of Diversity

The weaker a majority group gets, the less its members feel bound to remain magnanimous. They can see themselves tangibly slipping toward a position where practicing identity politics will indeed become legitimate, since they’re weak. Conversely, the stronger and more secure a minority becomes, the less moral claim it has to “fight dirty” for its interests by indulging in identity politics.

Most democracies throughout history have been comparatively homogeneous. And most heterogeneous societies haven’t been decentralized democracies. They’ve been empires lashed together by brute force, and rife with tribal rivalries.

It’s perfectly sane to worry about a country becoming ever-more “diverse.” Especially if you hate racism and embrace the absolute moral equality of every person as a child of God. Because you fear, with considerable reason, that your religious values are likely to take the back seat to ethnic conflict. Even, alas, among your fellow believers.

In light of all this, it’s perfectly sane to worry about a country becoming ever-more “diverse.” And about hate campaigns aimed indiscriminately at any group, including “white males.” This is true especially if you hate racism and embrace the absolute moral equality of every person as a child of God. Because you fear, with considerable reason, that your religious values are likely to take the back seat to ethnic conflict. Even, alas, among your fellow believers.

The Scandal of David Duke

I’ve seen this happen before, and it’s happening now again. I lived in Baton Rouge, Louisiana, during the rise of David Duke. He’d won a seat in the state legislature by catering to real grievances of mostly white voters. A lot of his constituents were blue collar folks whom crime, corruption, and confiscatory taxes had driven out of New Orleans. They’d been victims of muggings, or had to sell family homes at a loss. Duke posed as a conservative, but in fact was practicing naked identity politics. He rode that horse far enough to become the Republican contender for governor. This even though he’d openly praised eugenics, pranced around the LSU campus in a Nazi uniform as an undergrad, and sold the white terrorist novel The Turner Diaries out of his state capitol office.

I watched in horror as some of my fellow Catholics bought into his cover story. So I felt compelled to do something I’d never even imagined. As the leading campus conservative at LSU, I endorsed a Democrat, Duke’s utterly corrupt opponent, in the pages of The LSU Reveille. I echoed the call to “Vote for the Crook: It’s Important.” Enough people did, but not enough for my taste. Duke carried a big majority of the white vote that year.

The Scandal of Latino Democrats

That was creepy to witness first hand. You know what’s troubling today? The voting habits of many of my fellow Catholics, particularly Latinos. As I wrote here a month ago: “[N]ew arrivals overwhelmingly tend to vote liberal and pro-choice. … The Pew Research Center … found in 2012” that

Some 75% of Hispanics hold this view; just 19% say they prefer a smaller government. By contrast, just 41% of the public at large voice support for a bigger government.

Support for a larger government is highest among immigrant Latinos, with 81% holding this view.”

Nor have Latino Catholics with leftist economic views pushed the Democratic party to be more pro-life. In the past 20 years, as immigrants made an ever larger part of the Democratic base, that party has become more dogmatically pro-choice, not less. Where are up-and-coming Latino “Catholic” politicians? If they’re California Attorney General Xavier Becerra, they’re trying to put pro-life journalists like David Daleiden in prison.

What makes the failure of Latino immigrants to vote for pro-life candidates even more galling? They apparently believe abortion should be illegal. So a new study has found. According to Catholic News Service:

Other nonwhite Catholics support abortion’s legality by a 55% to 37% margin, approximating the views of their white co-religionists. But a majority of Hispanics, 52%, believe abortion should be illegal in most or all instances, while 41% hold the opposite view.

Among other nonwhite Catholics, 13% say they’ve grown more supportive of abortion, as opposed to 9% who say they’re now less supportive.

In other words, Catholic Latino immigrants don’t just realize that abortion is wrong. A majority of them wish it were illegal. But they don’t vote on that issue. Instead, they consider larger, more spendthrift government and their apparent ethnic self-interest more important. That is, if their votes are any indication.

Are these “pro-life” Latinos who vote pro-choice all that much better than white Catholic supporters of David Duke in the 90s? How much moral slack for amoral voting habits must we cut people, just because of their ethnic origin? How long will we impose this degrading double standard? As Latinos get stronger in America, shouldn’t they discard identity politics and embrace more principled voting habits?

But there’s no hint of that from the United States Council of Catholic Bishops. Reliant for 40 percent of its 2018 budget on federal contracts, mostly for serving immigrants, that group is loud and constant in opposition to enforcing our immigration laws. By comparison, on non-negotiable moral issues such as abortion? The bishops are phoning it in, going through the motions.

It was a scandal for the Church when so many Louisiana Catholics voted for David Duke. It’s a national scandal that so many Latino Catholics vote for pro-abortion, pro-infanticide Democrats. A Church that was serious about evangelizing would realize that and do something. A massive national campaign aimed at recent immigrants to educate them on the Life issue seems to be the bare minimum called for. That is, if we want people to see the Church as genuinely Christian, and not just the Abortion Party at prayer.