I Wish Leftists Would Disagree With Us More 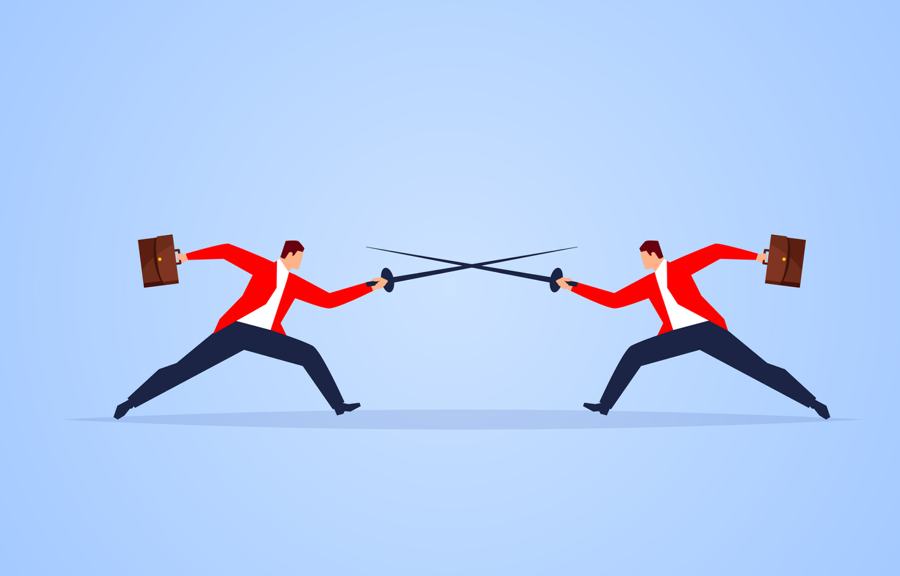 I wish leftists would disagree with us more. Seriously. It’s not that I’d mind having them agree. What’s annoying is when they obviously disagree but don’t bother saying so. They’ll communicate their disdain, but not with words; or if they do use words there’s a false twist in there. It’s often dismissive, sometimes it’s dishonest, and it’s usually wrong.

Here’s what got me started thinking on these lines: It was a Grid article titled “Book banning in U.S. schools has reached an all time high.” I’d never seen such a virtuoso performance, such a tour de force in the art of dismissing without engaging, disdaining without disagreeing. There’s disagreement there, all right, but it’s not us they’re disagreeing with, so it’s still a rude, distasteful thing to do. It comes in at least three distinct forms.

The Grid article is much sermon as it is journalism, and its moral is clear: Book banning is bad, at least when conservatives get involved in it. I’m sure there are many books they’d ban without a twinge of guilt. But the sermon goes straight to the point: “Books written by LGBTQ and diverse authors are disproportionately under attack,” and several of the “10 most challenged titles” are “from prominent Black authors.”

The article closes with a plea: “These books are needed. … They can be life-saving and affirming, especially for young people who are themselves gay, queer or transgender, or have friends who are dealing with issues around their gender identity or sexual orientation.” Amen, and let’s close with a prayer.

Stashed in the middle of all this – surprisingly, if you ask me – the authors let a conservative speak. Wonder of wonders, they even allowed her a reasonably long quote. It was Tiffany Justice of Moms for Liberty, whose answer I could paraphrase as, “Did you notice how it’s these books’ content we’re concerned about, not who wrote them?”

Answer: No, they didn’t notice. It’s hard to be sure they even noticed that they’d quoted her. Their response – rather, the next sentence on the page – was, “The First Amendment doesn’t always apply when it comes to banning books in schools.” It had nothing to do with what she’d said. Nothing in the article was any kind of response to the points she’d made.

They placed her there on the page like a stone in the middle of a stream, and the stream flowed by, as if she wasn’t there. They don’t say she’s wrong. They just keep preaching. And the river flows to the endlessly diverse sea, where conservatives ban books because they’re racists, and that’s where the story ends.

It was an impressive rhetorical maneuver they pulled, I’ll grant them that. “Sure, we listen. See, we even quoted a conservative!” Ri-i-ight. There was quoting, but there was no engagement. In the end it was rude, it was dismissive. If their goal had anything to do with building consensus, or discerning good library practices from bad, it was profoundly unhelpful. They should have engaged with what she said, even if it meant they disagreed with her.

That tactic is subtle, and it can be hard to catch it in action. Another one, which I’ll call distorting without engaging, is more aggressive and thus easier to spot. It’s when they take something you’ve said and twist it. They’ll “disagree,” but it’s not you they’re disagreeing with. It’s their false version of what you’ve said.

I’ve often heard atheists say, for example, “If God sent Jesus to die, then He’s a cosmic child-abuser.” That’s a crude and completely thoughtless distortion of Christian doctrine, If I believed for one second that Christianity taught that, I’d leave the faith the next second after that. But it doesn’t, it never has, and one quick little meme isn’t going to change the reality of what Christians have analyzed, studied, and even debated for centuries on end.

It’s convenient, anyway: Why go to all the mental effort of disagreeing, when it’s so much easier to throw insults instead?

This tactic is known as the “straw man fallacy” in logic studies: a false version of another person’s argument that’s easy to knock down. I doubt most people who use it care about the logic, though. They’re content with making us look bad, regardless of any fallacy they might commit in the process. It’s convenient, anyway: Why go to all the mental effort of disagreeing, when it’s so much easier to throw insults instead?

The third tactic, dumping words is all about putting words in our mouths. The Grid article cited above quotes California Governor Gavin Newsom giving a prime performance of this one. He’s tweeted a picture of himself with the caption, “Reading some banned books to figure out what these states are so afraid of.”

The photo is so faked it’s almost funny, but the part where he calls it “fear” isn’t. Banning books because they teach wrong things is not banning them because we’re afraid of them. We might consider them dangerous, but that’s because first we see them as wrong. Newsom’s tweet implies we skip that step and go straight to an immature panic reaction.

This too, is convenient: It allows him to skip the reasoning step himself. If all we have is fear, he doesn’t need to engage with our thinking. Thus we see that this tactic isn’t about disagreeing with us. It’s a mere putdown, an attempt to shame us for defective emotions. Let’s put that shame where it belongs: With the people who say such things. Which isn’t you or me, it’s them.

I’m critiquing liberals here — and they’re probably not reading this. So, what’s the point then?

First, if you find yourself dismissing, distorting, or dumping on liberals like this, stop it. It’s the wrong way to treat another human being. I think they commit these errors more than conservatives do. As much as liberal ideas dominate media, entertainment, education, and politics, we dare not ignore them, and we couldn’t simply dismiss them if we tried.

Go for the right question instead: “Would you care to know what I really think? Will you give me the respect of listening? I mean, really listening?”

We needn’t be overly delicate with it. A little sarcasm, a little satire never hurt. Just don’t cross the line into treating them inhumanly, and remember: Distorting or dumping words on someone is lying about them. Don’t go there.

Do be aware that others will try to pull it on you, though. Don’t let it throw you off balance. It’s not you they’re criticizing, if they’re dumping or distorting. If they’re being dismissive, that’s their rudeness, not yours.

Don’t Let Them Drag You There, Either

If you have opportunity to answer, do so, but don’t let them drag you down where they are. The question isn’t, “Why won’t you listen?” or “Why are you putting words in my mouth?” Much as you’d like to know the answer, why questions build barriers more than bridges. You’ll end up with the same disconnection you started with.

Go for the right question instead. It goes something like this: “Would you care to know what I really think? Will you give me the respect of listening? I mean, really listening?”

If they say no, let them go. Unless it’s a family member or a really close friend, the person isn’t worth the effort of chasing them down.

If they do listen, they’ll probably disagree with you. I say, Great! You’ve made progress! It’ll be good for them. Good for you, too. Good for real conversation, real human connection. It might even help you move toward agreeing on what’s true.