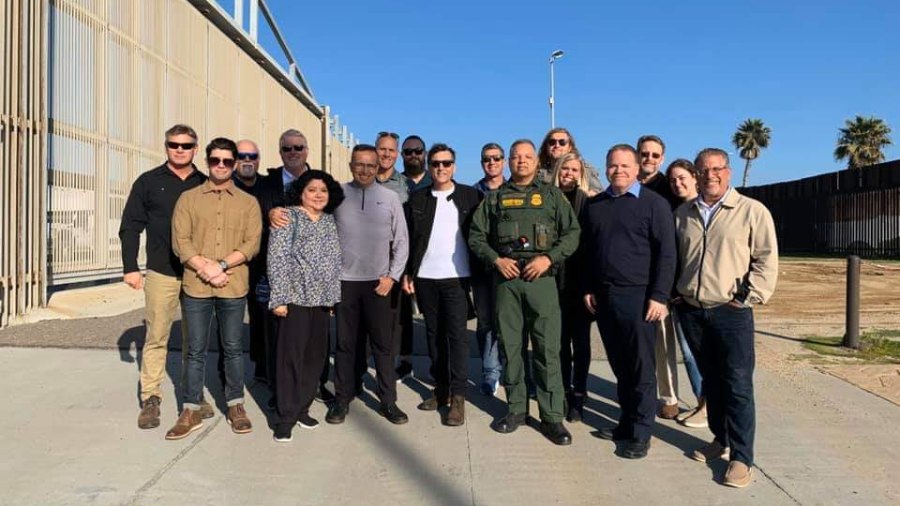 Why has the issue of illegal immigration dominated the conversation in our nation over the years? I believe there are, at least, three reasons the border issue is at the forefront of politics:

The main question for me was: How does our government address a legitimate issue, show compassion and administer justice while guarding the American public? So, to find the answers, I recently had the privilege of touring our Mexican border with other California pastors.

What I found was both remarkable and disheartening. Remarkable in that I was able to see firsthand the care and compassion demonstrated by our Border Patrol and Customs officers. The task is enormous. And disheartening because these truths are not being adequately told to the American people and, instead, are being twisted for political gain. If we don’t control the true narrative, a false narrative will control the conversation. This is why I spend a great deal of time writing.

Five Things You Need to Know

Five things really caught my attention during my day at the busiest border crossing in America and the fifth largest in the world — San Ysidro.

1. The media is clearly twisting the facts.

Remember the large caravan that tried to come into America? The border facility that I visited is not set up to receive 7,500 people at once. Did you see negatively-captioned photos of people sitting under bridges? That was actually to provide shade while Customs assessed the situation. And the famous “kids in cages” photo was actually taken in 2014. I hope you caught that — 2014, before our current president was in office.

One of the biggest shocks came when I was able to talk to the officer who had firsthand knowledge of the woman who was supposedly told to drink from the toilet. The officer on the scene actually said the opposite: “We don’t want them drinking out of toilets.” I’m very disappointed in the lawmakers who twisted this.

Customs provides a remarkable standard of living at the border. Immigrants receive four meals a day, and kids are never left alone. Doctors are. Special meals are even served to people who have dietary restrictions.

Granted, there are some disheartening conditions that I wish I had answers for, as in the case of the Matamoros refugee camp on the Texas-Mexico border. But the big lesson for me was that we must acquire our information from reputable sources.

2. (General observations on the morality of the border wall. See the original article.)

3. Parents are not being separated from their children as portrayed.

Customs and Border Patrol do everything they can to keep families together. Many of these officers have kids of their own; they feel the pain. When detained, families are not separated. They are treated with dignity and respect. Sadly, kids are often smuggled in with families that they don’t even know. When kids are caught that way, Customs tries to provide the best environment for the child while sorting out the details.

If a parent is charged with what is referred to as criminal law, then the child is placed with the proper authorities if a close family member cannot be located. It’s not unlike a person being arrested in America for a DUI with a child in the car. If the police officer cannot get in contact with the driver’s family, the child will be placed elsewhere while the driver is arrested for child endangerment.

Border officials devote an enormous amount of time trying to find placement with family members when displacement does happen. In hard conditions, such as in Matamoros, the risk of kids being taken by traffickers is high. But Customs and Border Patrol are not the problem. They, along with the administration, are working toward a solution.

As Tony Perkins recently commented, “I have appealed to the president to ensure the U.S. provides the opportunity for those legitimately seeking asylum because of persecution can still find refuge in our country. That said, asylum should not be used as a loophole to come into the country and remain illegally.”

Most in the media highlight the bad and avoid the good depending who is in office. The Washington Examiner recently reported that more than 375,000 immigrants (detained as family units) were released in America in 2019. US. Immigration and Customs Enforcement (ICE) helped to release many of these individuals. Why don’t we hear more about the positives?

4. We need to stop the blame game, because no one agency owns the entire immigration process.

Different agencies have different functions, from Border Patrol to Customs. Border Patrol focuses on preventing people from coming in illegally, whereas Customs deals with people coming in legally (for the most part) at Ports of Entry. Border agencies are not there to turn everyone away like guards at the border of North Korea. They try to care for immigrants’ needs and point them in the right direction while simultaneously fighting crime.

It’s a hard job, and the officers we met were dedicated people. I was able to view the bullet holes in the main control tower from someone opening fire some time ago with an automatic weapon. As one person told me, “Agents and officers see people across every demographic, from people on the vacation of their lives, to people fleeing violence and persecution and running for their lives, every day, 24 hours a day, seven days a week.” In all cases they want everyone to come to the legal Port of Entry — that is the safest way.

5. The task is monumental; there are no quick fixes.

The compassion of Customs and Border Patrol agents was very evident — they feel for those trying to cross the border, but they have also vowed to protect U.S. citizens. Can you imagine watching for illegal drugs such as Fetanyl, heroine and crystal meth, while at the same time discerning which child is being sex trafficked and which family truly needs help? And I thought pastoring was hard.

Add to this the thousands of arrest warrants served on an annual basis, and the plethora of people speaking different languages crossing the border, and you soon see why this is a major challenge. It’s an unbelievable task, and they need our prayers and support rather than our constant criticism.

These observations are only the beginning of the story, though. There’s much more.

Click the following link to keep reading the rest of the story: the last half may surprise you. Listen also to Shane Idleman’s conversation with Todd Starnes on his border visit.

Shane Idleman is the founder and lead pastor of Westside Christian Fellowship in Southern California and the creator of the WCF Radio Network. His program, Regaining Lost Ground, points us back to God and reminds us that although times change, truth does not. His books, blogs and sermons can all be found at ShaneIdleman.com.