‘I Sing a Song of the Saints of God’ 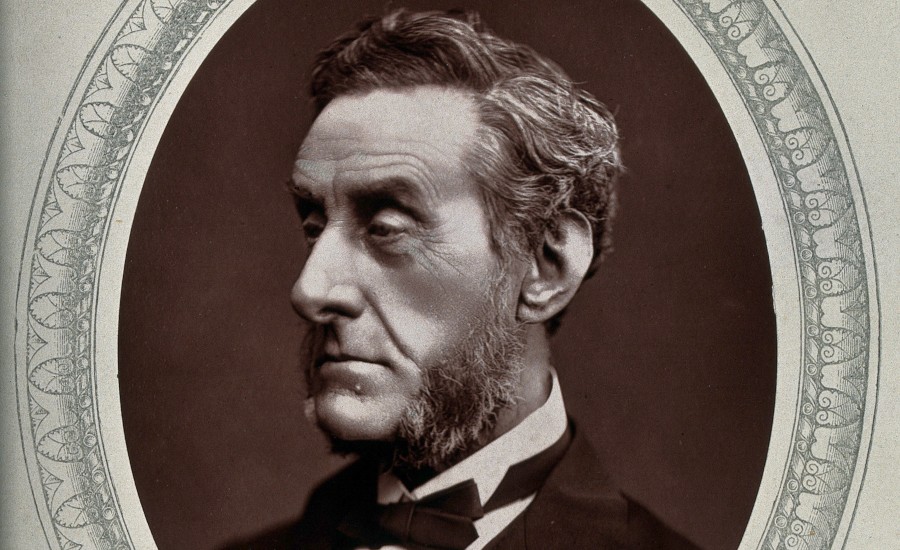 November 1 is All Saints Day, an opportunity to remember and honor Christians who have gone before us. Of course, as Bernard of Clairvaux noted, “The saints have no need of honor from us; neither does our devotion add the slightest thing to what is theirs. Clearly, if we venerate their memory, it serves us, not them. But I tell you, when I think of them, I feel myself inflamed by a tremendous yearning.”

This is precisely as it should be.

After recalling the great Old Testament saints in Hebrews 11, the author goes on with the words, “Therefore, since we are surrounded by so great a cloud of witnesses, let us also lay aside every weight, and sin which clings so closely, and let us run with perseverance the race that is set before us.” The faith and heroic virtue of our brothers and sisters in the past urge us on to faith and heroic virtue.

Athanasius Would Not Let Lies Win

Fighting bad ideas? Consider Athanasius, Bishop of Alexandria in the fourth century. He reasoned, argued, wrote, suffered, and endured exile five times asserting Jesus’ deity against the Arians who denied that He was God incarnate. By Athanasius’ day, the Arians had nearly succeeded in taking over the Church with their catchy choruses and false claims and much of the government was on their side.

A combination of vague, unthinking belief in universal salvation and unwritten rules about not offending or challenging others’ beliefs has lulled us or pressured us into silence — silence with our non-Christian neighbor and silence before God when we could be begging for his or her salvation. But not Thérèse.

Yet Athanasius, against the world, stood up and said, “False!” He was known as Athanasius Contra Mundum, Latin for “Athanasius Against the World.” He battled the heresy that infected most of the Church with great learning and wisdom mixed with fierce tenacity. He would not let lies prevail and they did not prevail. His untiring efforts eventually gave us the Nicene Creed with its robust doctrine of the trinity.

Fighting for the poor? Consider Anthony Ashley-Cooper, the Sixth Earl of Shaftsbury. Born into a privileged family in 1768, the only love he knew at home was from a maid who told him Bible stories and taught him to pray.

At age 14, while a student at Harrow, he witnessed a poor man’s funeral. Everyone was drunk and dirty, stinking and nasty. You’d think that would have put him off, but the scene so broke his heart that he resolved to spend his life helping the poor.

During his time, men, women and children worked 12-14 hour days, 7 days a week. Children, because of their size, were often given the most dangerous jobs in mines, up chimneys and among machines. These were William Blake’s “dark Satanic mills.” These are the evils Charles Dickens chronicled.

Lord Shaftsbury, out of his Christian convictions, focused his attention on the most destitute, ministering in slums that even the police avoided. He spearheaded child labor laws and his “Ragged Schools” served children who were “so dirty, verminous, violent, and primitive” that no one else would have them. He established a mission for prostitutes, orphanages, programs for the handicapped, and “Coffee Taverns” to give people a social alternative to gin houses.

Thérèse of Lisieux Prayed for the Salvation of the Lost, Including a Murderer Condemned to Death

Trying to evangelize? Consider Thérèse Martin, better known as Thérèse of Lisieux, patron saint of missions in the Catholic Church along with Francis Xavier. Xavier went to the Far East as a missionary. Thérèse lived as a cloistered Carmelite nun from age 15 until her death at 24. Francis Xavier went. What did Thérèse do? She prayed, pouring out her heart for the unsaved and for those who preached to them.

When she was 14, Thérèse prayed fervently for a murderer sentenced to death. The man demonstrated no faith and suddenly, before climbing the stairs to the guillotine, he took a crucifix from the attending priest and three times kissed the five wounds of Christ before he died. Thérèse wrote, “After this unique grace, my desire to save souls grows each day, and I seemed to hear Jesus say to me what he said to the Samaritan woman: ‘Give me to drink!’”

Most of us have become indifferent to the salvation of our neighbors — let alone murderers or those at the ends of the earth. A combination of vague, unthinking belief in universal salvation and unwritten rules about not offending or challenging others’ beliefs has lulled us or pressured us into silence — silence with our non-Christian neighbor and silence before God when we could be begging for his or her salvation.

Athanasius, Lord Shaftsbury, and Thérèse Martin along with thousands upon thousands of others who have gone before us are examples of (to continue with Hebrews 12) “looking to Jesus the pioneer and perfecter of our faith, who for the joy that was set before him endured the cross, despising the shame, and is seated at the right hand of the throne of God.”

All Saints’ Day strikes a blow against the great idol of our contemporary culture: individualism. While Christ’s work in our lives is always personal, it is never individualistic. We are part of the Church, including those who are alive with us in the present and those who have gone before, yet are still alive. All Saints’ Day is a reminder that we have the privilege of being part of a great and noble company that loves, worships and serves God — Father, Son, and Spirit — and that now it’s our turn to do His work in this confused and confusing world.

‘Wait, Jesus, Did You Notice That Wasn’t What I Was Praying For?’

To the ‘Holy Ones’ in Corinth: Insights Into How God Sees the Church